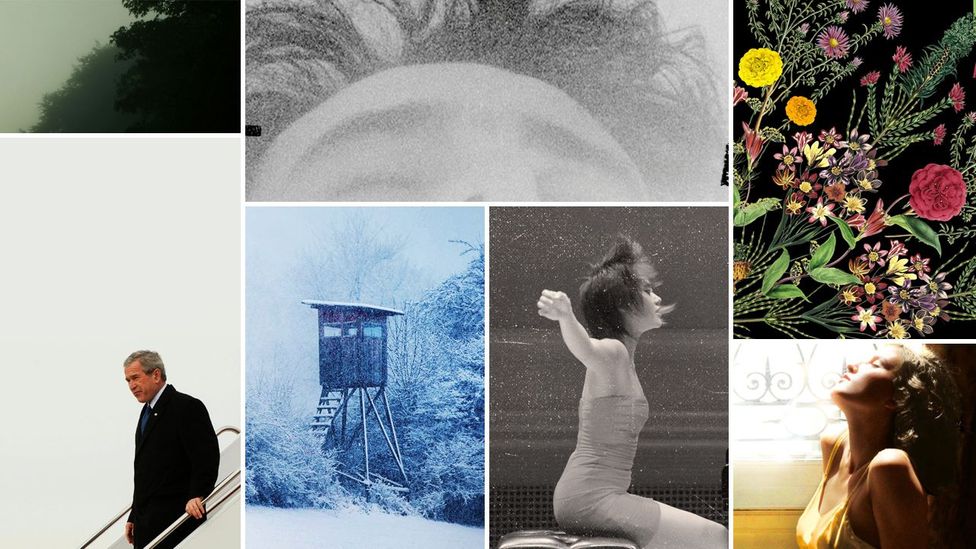 By Jane Ciabattari 31st January 2019
From a gripping new Scandi noir to a collection of provocative essays on ‘how to disappear’, here are some reading ideas for February. 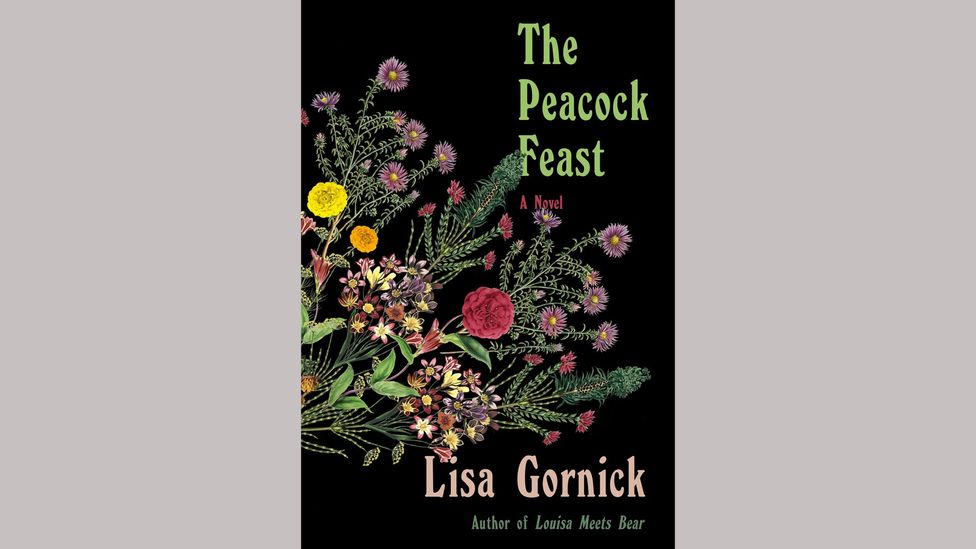 Prudence is 101 years old when her long-departed brother Randall’s granddaughter Grace enters her life, launching Gornick’s intricate, emotionally complex and glorious chronicle. Prudence’s father was a gardener at glass artist Louis C Tiffany’s Oyster Bay estate, where her mother was a maid. When Prudence was two, Tiffany dynamited the beachfront so there would be no public access to beaches, changing her family forever. Her brother Randall left home in his teens and settled in San Francisco and his son, Grace’s father, met her mother in 1965. They spent time on a Mendocino commune before splitting up, leaving Grace and her twin Garcia to be raised by grandfather, Randall. Swerves and fatal mistakes abound, and by the end of this magical novel Prudence and Grace unravel shared secrets. (Sarah Crichton Books/Farrar, Straus and Giroux) 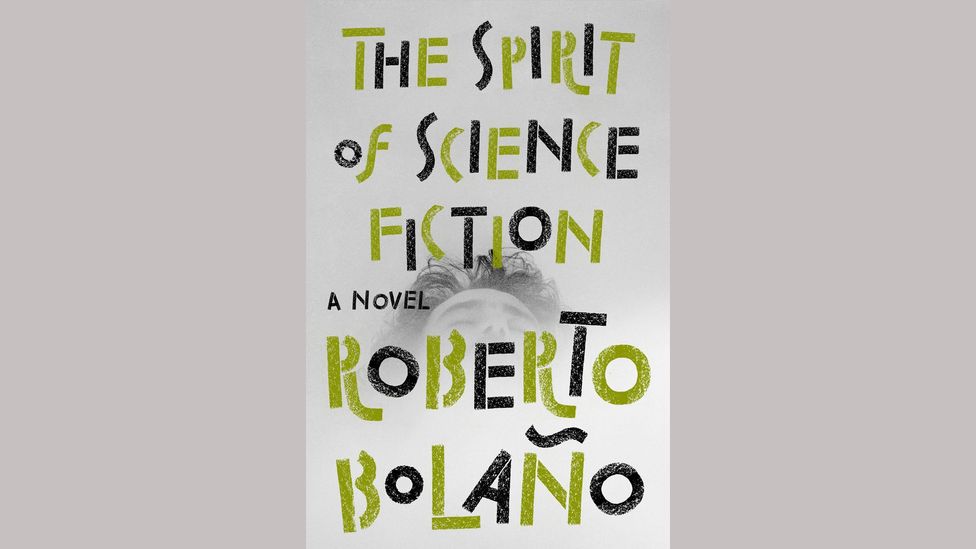 This early coming-of-literary-age novel from the Chilean-born master, written in 1984 and previously unpublished, prefigures his masterful The Savage Detectives. Jan and Remo are living in 1970s Mexico City, taking poetry workshops, hanging out in cafes with mysterious women, including Estrellita, a poet from an earlier generation. Jan pulls inward into isolation, hanging out in their rooftop apartment and writing fan letters to science fiction icons like Ursula K Le Guin. Remo jumps into the party scene, hanging out with fellow poet Jose Arco, tracking down a series of mysterious symbols, including strange graffiti; a triangle with a fat-lipped mouth; a savage cubist version of the Rolling Stones logo; the Conasupo Cultural Weekly, a weird magazine distributed in a supermarket chain. An impressionistic and prescient treasure, the novel is translated from the Spanish by Natasha Wimmer. (Penguin Press) 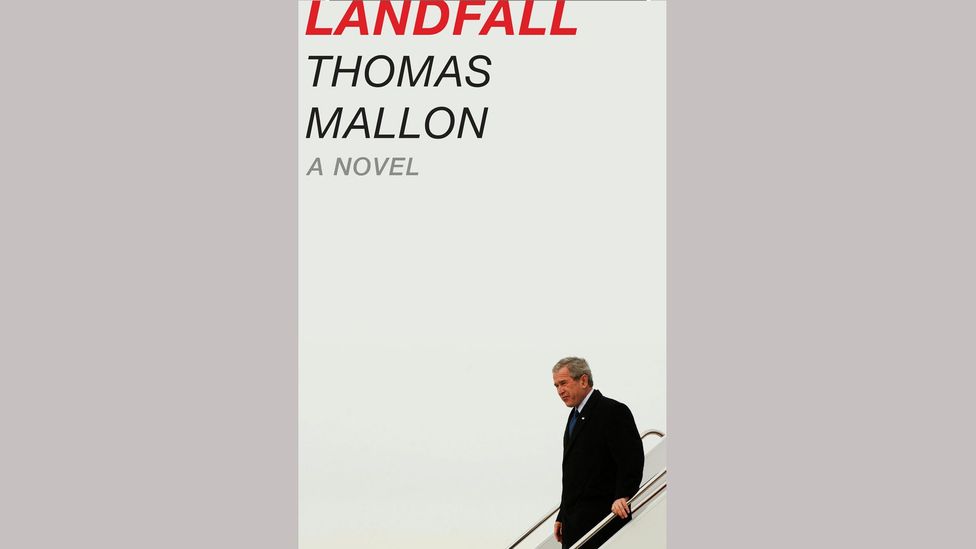 The third novel in Mallon’s political trilogy (after Watergate and Finale) begins in West Texas in the autumn of 1978, tracing the political dynamic of the Bush dynasty, then focusing on the midpoint in George W Bush’s presidency. Mallon details how Bush is challenged by the insurgency in Iraq in the aftermath of the 9/11 attacks. Then comes Hurricane Katrina, which obliterated much of New Orleans, with a remarkable set piece featuring Bush’s speech from Jackson Square in September 2005. In addition to following a parallel plot about a fictional young Texas couple, Mallon brings historical figures to life, including family matriarch Barbara Bush, cabinet members Donald Rumsfeld and Condoleezza Rice, international leaders Tony Blair and Vladimir Putin and American icons ranging from astronaut Buzz Aldrin to novelist Tom Wolfe. (Pantheon) 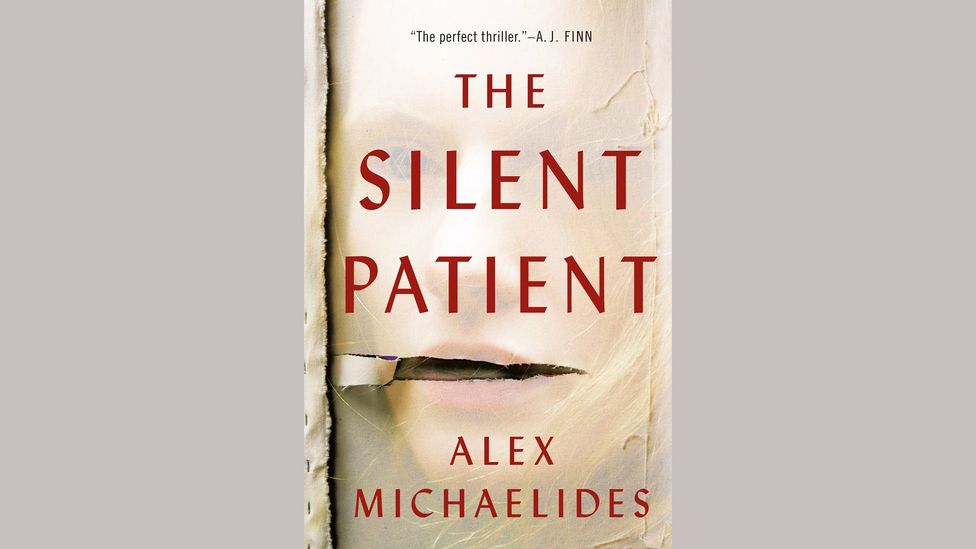 The Silent Patient may be a first novel, but it has the pace and finesse of a master. Alicia, a painter married to fashion photographer Gabriel, kills her husband one night, cuts her wrists and never speaks again. The only clue to what she experienced is a self-portrait she paints while under house arrest awaiting trial. She titles it Alcestis, after the Greek mythical heroine who gave her own life for her husband’s and is brought back to life by Hercules, but remains mute. Sentenced to live in a secure psychiatric unit, Alicia attracts the attention of Theo, a psychotherapist determined to save her. ”We’re all crazy…just in different ways,” he notes. As Theo describes his therapeutic work with Alicia, her diaries offer a shocking counterpoint. (Celadon Books) 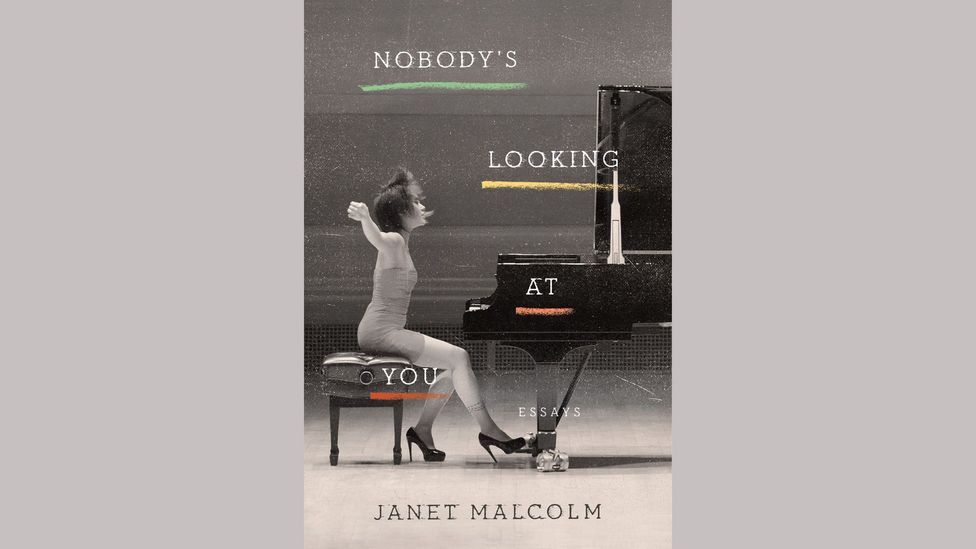 Janet Malcolm, Nobody’s Looking at You

This collection of 18 profiles and reviews published by legendary New Yorker writer Janet Malcolm between the late 1990s and 2018 begins with the title essay on Eileen Fisher, who created a wardrobe of simple and tasteful clothes for generations of women who considered themselves “serious”. Malcolm spends time with Beijing-born pianist Yuja Wang, who at one Beethoven performance appears to be “a half-naked woman in sadistic high heels”, analyses the mesmerising approach of Rachel Maddow, the “current sweetheart of liberal cable TV”, and revisits the work of Joseph Mitchell (his “outsiderness gave him his own X-Ray vision”, she writes). Also included: her takes on Quentin Bell’s Bloomsbury Recalled, Jonathan Bates’ biography of Ted Hughes and the reissue of Norman Podhoretz’s Making It, infused with “an ambitiousness bordering on the insane.” (Farrar, Straus and Giroux) 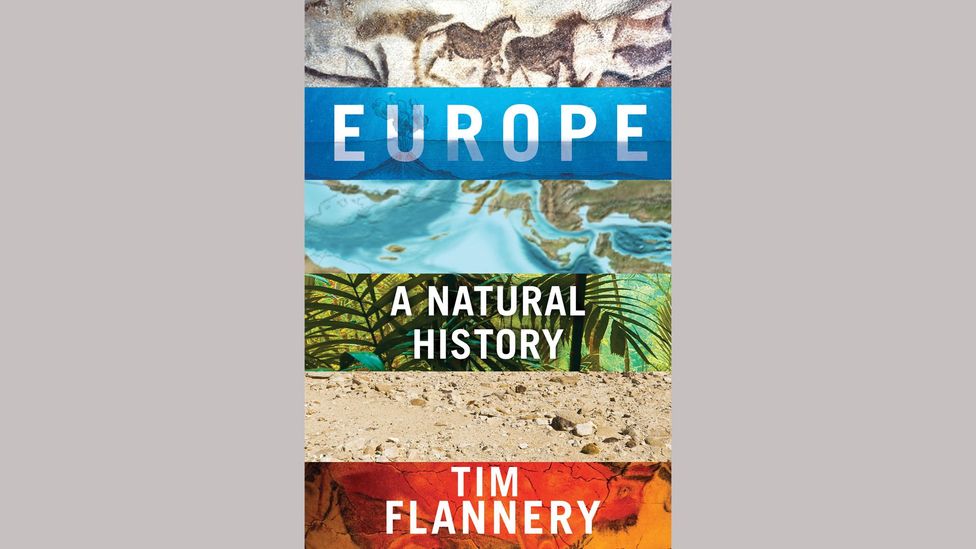 Australian palaeontologist Flannery begins his fascinating ecological history of Europe 100 million years ago, at its conception as an island archipelago with three “parents” – Asia, North America and Africa. Flannery offers a myriad of revelations. Europe’s ancient seas played a key role in the evolution of coral reefs, much of its Ice Age megafauna survives today. In the Pliocene, Europe was home to the Laophis, the largest viper that ever lived at 10ft long, and the Megalodon shark, one of the largest predators in Earth’s history. Europeans are hybrids, he writes, created some 38,000 years ago when dark-skinned humans from Africa began interbreeding with pale-skinned, blue-eyed Neanderthals. He concludes with an analysis of Europe’s leading role in current-day campaigns for “rewilding – restoring wild creature and lost ecological processes.” A timely, often surprising summary. (Atlantic Monthly Press) 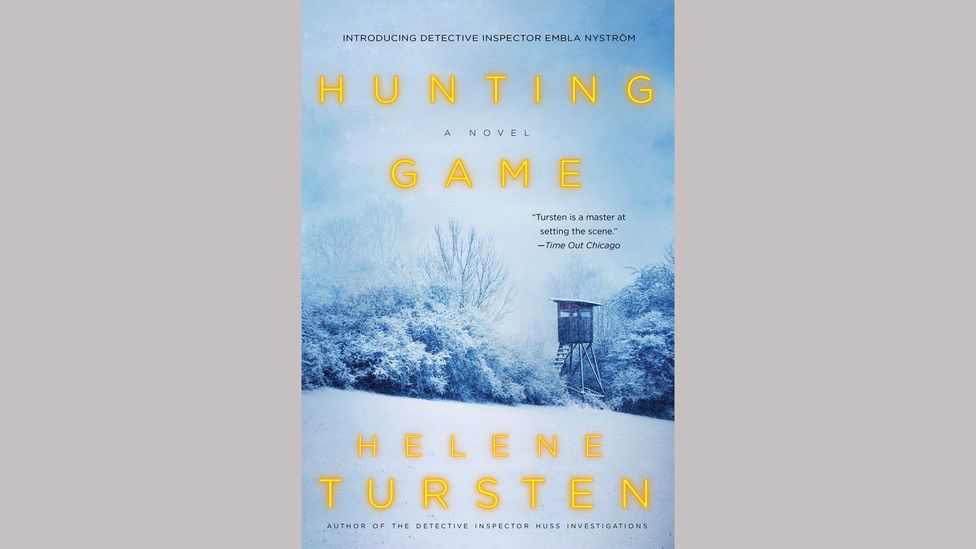 Embla Nyström – a Nordic welterweight and detective in the Gothenburg, Sweden mobile unit – takes a break to join her uncle Nisse, her cousins and his friends of 40 years in an annual moose hunt at his cabin in rural Dalsland. Embla is drawn to a newcomer, Peter, whose family has suffered tragic losses and whose nearby house is rumoured to have a secret room. A strange link connects two of the hunters, Jan-Eric and Anders. Just before their gathering, each receives an envelope in the mail with an odd memento and the message “I remember. M.” Jean-Eric is found dead, and Embla’s vacation becomes a life-threatening investigation. Haunted, driven, immensely human and highly trained as a hunter and tracker, Embla is a winning new Scandinavian noir lead. Translated from the Swedish by Paul Norlen. (Soho Crime) 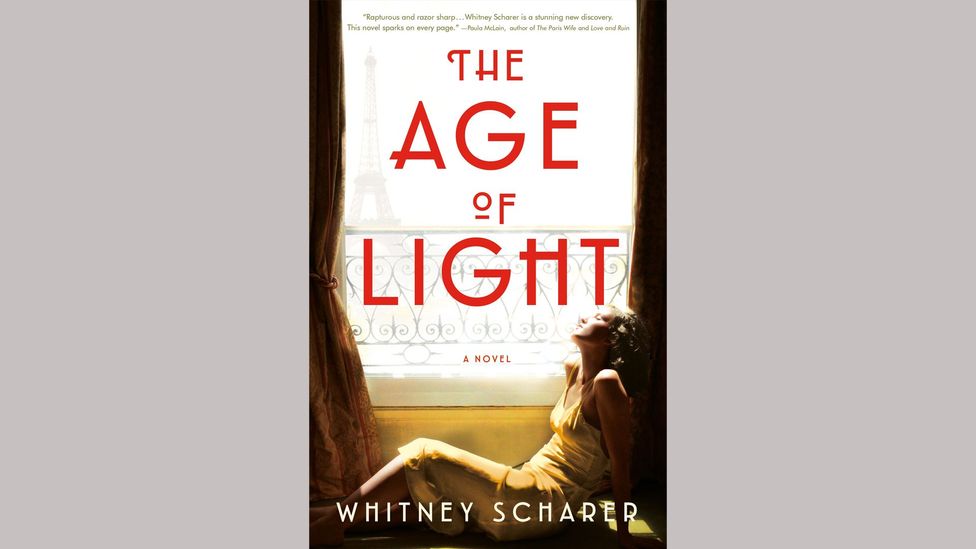 Whitney Scharer, The Age of Light

This intriguing and artfully structured historic novel begins in 1966, when Lee Miller’s Vogue editor visits her in the countryside in East Sussex and asks her to write about her relationship with Man Ray. Miller was a Vogue model in New York in the 1920s. At 22, she moved to Paris and became an assistant to Man Ray, who was her father’s age. As a member of Paris’s surrealist circle, she developed her own style, and is credited along with Man Ray, with discovering the photographic technique solarisation. Later, as a war photographer, she documented some of the most horrific moments in World War Two. Suffering from what would now be considered PTSD, she married and retreated. Scharer’s telling of their passionate and creative four-year affair is dynamic, sensual, and immensely satisfying. (Little, Brown) 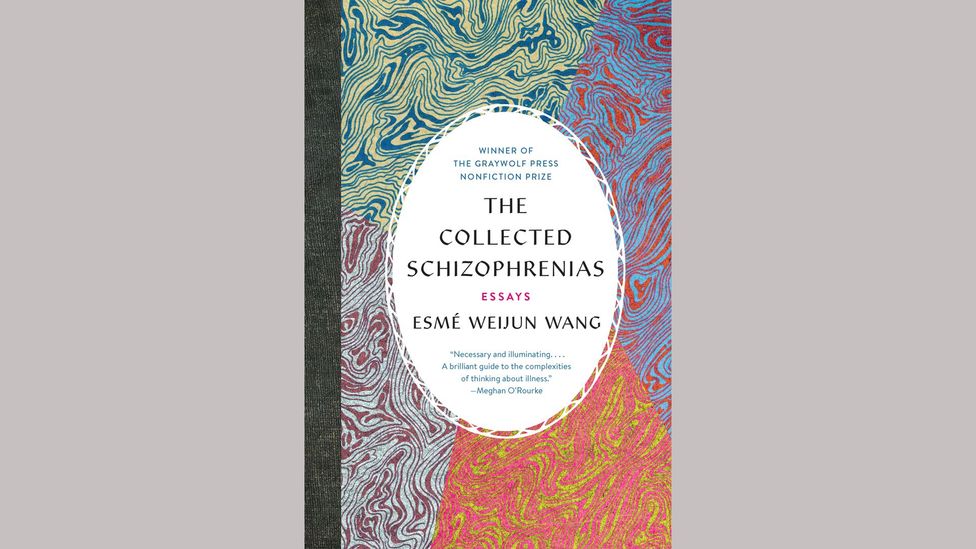 “Schizophrenia terrifies”, writes Wang, who was diagnosed with schizoaffective disorder, bipolar type, eight years after experiencing her first hallucination while an undergraduate at Stanford. She found the diagnosis both comforting (she is “crazy” in a particular way that dates back to the Egyptians) and unpleasant (it’s a progressive and neurodegenerative disease that leads to a permanently damaged brain, she explains). She went on to graduate from Stanford with a 3.99 GPA and work there as a lab manager and researcher at a brain-imaging lab. Wang describes the horror of being involuntarily committed and the complications of PTSD and Lyme disease. “When the self has been swallowed by illness, isn't it cruel to insist on a self that is not illness?” she asks in one essay. An intimate, rigorously researched, collection. (Graywolf) 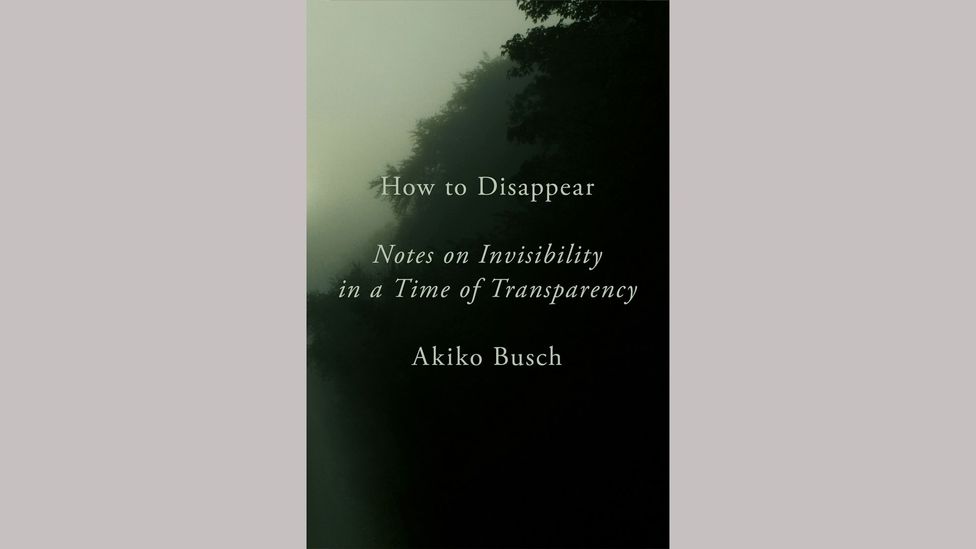 Akiko Busch, How to Disappear

In this provocative series of essays, Busch examines how social media and the surveillance economy have redefined the way we live. She begins in the woods in the Hudson Valley, tracking the behaviour of animals we cannot see. She invokes Freud and Piaget in a chapter on childhood’s “invisible friends” and visits a village in Iceland built on a 7,000-year-old lava field, believed to be home to a hidden population of elves known as the Huldufolk. She gives a moving description of her mother’s change in personality as a result of a glioblastoma brain tumour in an essay about the disappearance of self, experienced by those who suffer from diseases like Alzheimer’s, and explores virtual reality and ghosting. Throughout, she asks important questions about the consequences of hypervisibility. (Penguin Press)