Loading
Film | Film Reviews
Does The Lego Movie 2: The Second Part match the original?
Share using EmailShare on TwitterShare on FacebookShare on Linkedin 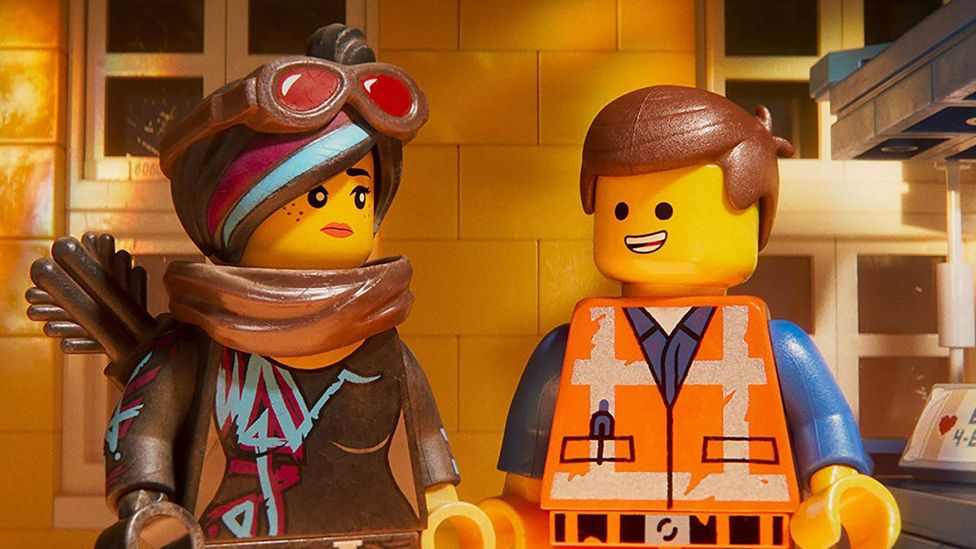 By Nicholas Barber 1st February 2019
Set five years after the original, a new film continues the story of Lego figure Emmet – and it fails to measure up, writes Nicholas Barber.
P

Perhaps no sequel could ever have reached the giddy heights attained by The Lego Movie. Written and directed by Phil Lord and Christopher Miller, the best cartoon of 2014 was such a magnificently animated and dazzlingly inventive delight that there was probably only one way its follow-up could go. But it is still depressing to see The Lego Movie 2: The Second Part falling so far short of its glorious predecessor.

One obvious reason for the shortfall is that the first film caught everyone unawares. Those of us who walked into the cinema fearing a cynical advert for a Danish construction toy brand found ourselves gawping instead at a daring Orwellian satire, the exhilarating and hilarious adventure of a cheerfully conformist construction worker, Emmet (voiced by Chris Pratt), who learns that the tyrannical Lord Business (Will Ferrell) plans to glue every one of Bricksburg’s Lego citizens into place.

The second shock came when The Lego Movie threw in characters from different franchises – not just the scene-stealingly sullen Batman (Will Arnett), but Gandalf from The Lord of the Rings, C-3PO from Star Wars and more. And the third shock was that, as well as being a cartoon set in a land where everyone and everything is made of brightly coloured modular plastic, The Lego Movie was revealed at the end to be the story of a boy (Jadon Sand) named Finn, who is shown in a couple of live-action sequences arguing with his father (Will Ferrell, again) about whether Lego should be played with or collected.

The sequel lacks these numerous elements of surprise. A second time around, it is no longer a novelty to see characters from separate fictional universes bumping into each other; only a figurine representing a certain US Supreme Court justice is incongruous enough to raise a smile. Moreover, we know from the start that Emmet’s exploits are really just Finn’s games. The last film finished with Bricksburg being invaded by his little sister’s toddler-friendly Duplo bricks, and the new film picks up from there, so it’s clear that whatever happens in the Lego-verse is nothing more than a squabble between a teenage boy and a pre-teen girl.

The siblings’ main disagreement concerns whether their games should be gritty or glittery. Five years on from the Duplo invasion, Bricksburg has been reduced to a dystopian desert where the Lego characters divide their time between fighting for survival and gazing moodily into the distance. Only Emmet remains as chirpy as ever. This opening sequence is both a parody of Mad Max and a comment on the adolescent conviction that stories set in post-apocalyptic wastelands are “cooler and more mature” than those which aren’t.

But the film doesn’t stay in this setting for long. A generic alien whisks Wyldstyle (Elizabeth Banks) and a few of her friends off to another galaxy, and Emmett chases after them with the help of Rex Dangervest (also voiced by Pratt), a hard-bitten, perma-stubbled hunk with a fist-shaped spacecraft and a crew of talking velociraptors.

As frenetic and fun as these escapades are, the crux of the plot is that an alien queen (Tiffany Haddish) wants to marry Batman, and Batman’s pals don’t want her to because... well, just because. To put it another way, in The Lego Movie our heroes were trying to save civilisation as they knew it. In the sequel, they are trying to stop a wedding. It’s not the same, is it? The conflict makes sense in the live-action world of Finn and his sister: he wants their Lego play sessions to be grim and action-packed, whereas she wants them to be about wedding preparations. But in the cartoon world of Emmet and Wyldstyle, it isn’t too exciting.

It isn’t too innovative, either. While Lord and Miller wrote the new film, they handed directing duties over to Mike Mitchell, who made Trolls. What that means is that The Lego Movie 2 is Mitchell’s second cartoon in a row in which plastic figurines act out a battle between girlish positivity and boyish grumpiness, so it’s no wonder it doesn’t feel particularly ground-breaking. What’s more, a lot of the film is set in the real world, where the figurines are afraid of being packed away in storage crates and never being played with again: Mitchell, Lord and Miller have unwisely added Toy Story 3 to the list of cartoons which The Lego Movie sequel resembles but doesn’t quite match.

To be fair, they try everything they can to distract us from their film’s relatively uninspired concept. They put in some exuberant songs, although none of them is as awesome as Everything Is Awesome. They complicate the plot with some time-travelling, dimension-hopping high jinks which are almost impossible to follow. They lean into the postmodern self-awareness (much like another Lord-Miller sequel, 22 Jump Street). And they take a quantity-over-quality approach to jokes: I lost count of the times someone said something tough and heroic, only to trip up a second later.

However unsatisfying the film may be, then, there is no mistaking the effort that has gone into it. But that could be the problem. The Lego Movie seemed to be an outpouring of sublime genius. Its sequel seems to be the product of hard labour. It ends up feeling like the forced corporate cash-in that the original cartoon could well have been, but wasn’t.