Loading
Outside the Box | Television
Rita: How the hit Danish dramedy went global
Share using EmailShare on TwitterShare on FacebookShare on LinkedinShare on Whatsapp 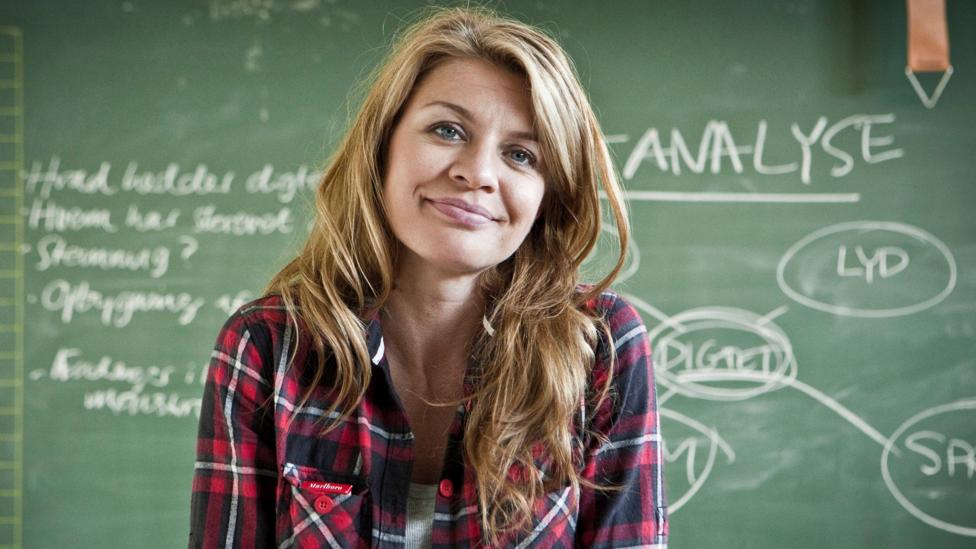 When Danish teacher Rita returns from a suspension from her job, she finds that her school has merged with another – and that her mug is missing from the staff room. This small issue escalates quickly, as conflicts often do around Rita. The other school’s headmaster has taken her mug, seemingly on purpose, and is unapologetic. Distinctive with her long hair, leather jacket and endless selection of plaid shirts, Rita confronts him. He knows who she is, by reputation. “A rebel like you shouldn’t care,” he says. He brags about having read her staff file. “Eleven warnings in one year,” he says. “Suspended for sleeping with a pupil’s father.”

“I must be good, only getting a warning,” she returns.

“Or else you’re sleeping with Rasmus,” he says, referring to her school’s headmaster.

She seems to say and do whatever she wants, making her an incredibly fun character to watch

This is a scene from the second-season premiere of the Danish hit dramatic-comedy series Rita, and it sums the show up nicely: Rita is a teacher. Rita is unconventional. Rita is unapologetic about sexuality, if a bit lacking in discernment. Rita is, in fact, sleeping with Rasmus. She’s also a single mum who loves her three children – two of them young adults, one a teenager still attending the school where she works. 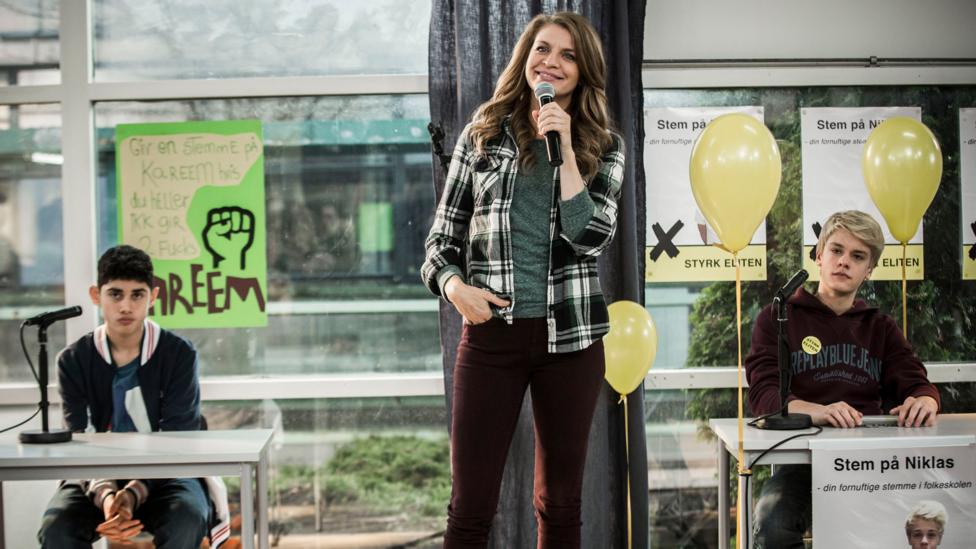 Rita is distinctive with her long hair, leather jacket and endless selection of plaid shirts (Credit: Per Arnesen / TV 2)

Premiering in 2012 on Danish TV channel TV 2, the set-up is classic: Rita’s students love her, but she struggles when dealing with other adults and her own children. She smokes and uses casual sex as an escape, eschewing the headmaster’s attempts at a lasting, committed relationship with her. She seems to say and do whatever she wants, making her an incredibly fun character to watch. Her actions result in riveting conflicts: she defends a constantly disruptive student, but has trouble understanding her own son’s challenges when he comes out as gay. She’s angry at her own mother for being selfish, but she shrugs off her daughter’s admission that she’s dyslexic. 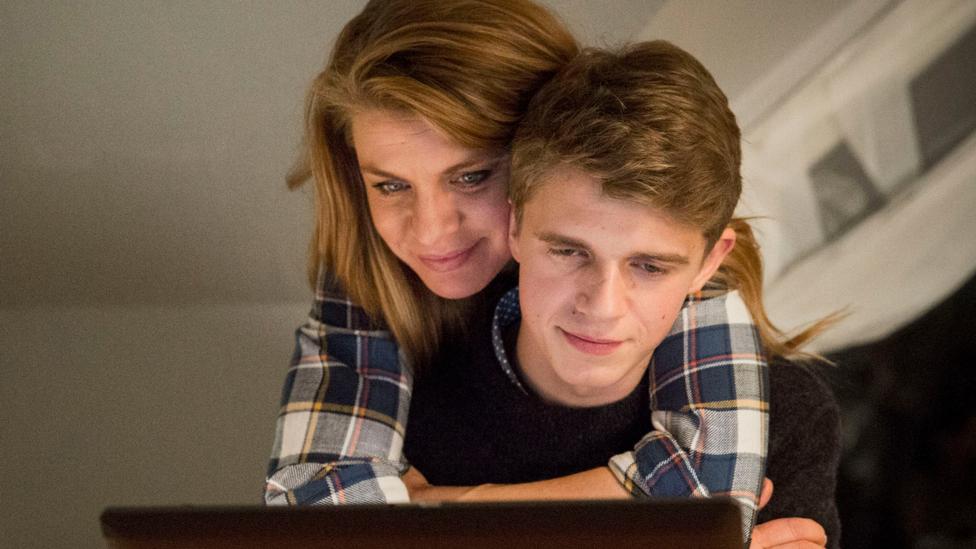 Rita gives viewers a realistic look at middle-class life in a small Danish town. And the key to its success is the earthy lead performance of Mille Dinesen, who won a Monte Carlo TV Festival Golden Nymph for inhabiting Rita so fully. The show’s daring comes up over and over in critics’ and fans’ praise for the show around the world. “While I am not quite as ballsy as her, in a fantasy world I wouldn’t mind being her for a day or so!” wrote Maureen Thomas, a blogger on Medium’s Legendary Women channel. “Kudos to Danish TV and Netflix for bringing us another thinking-woman’s ‘chick show.’”

That character has made the show a Danish and international success over its four-season run. An average of 842,000 Danish viewers watched each episode in its first season. Though Netflix doesn’t release viewership numbers, HighSpeedInternet.com used Google Trends data to determine the most popular shows in each country in 2017, with Rita topping the list in Denmark. Netflix had such faith in the show that it co-produced third and fourth seasons and began offering it internationally, even for notoriously subtitle-resistant Americans. Dutch and French versions were also produced, as well as a spin-off miniseries for another quirky teacher character, Hjørdis. 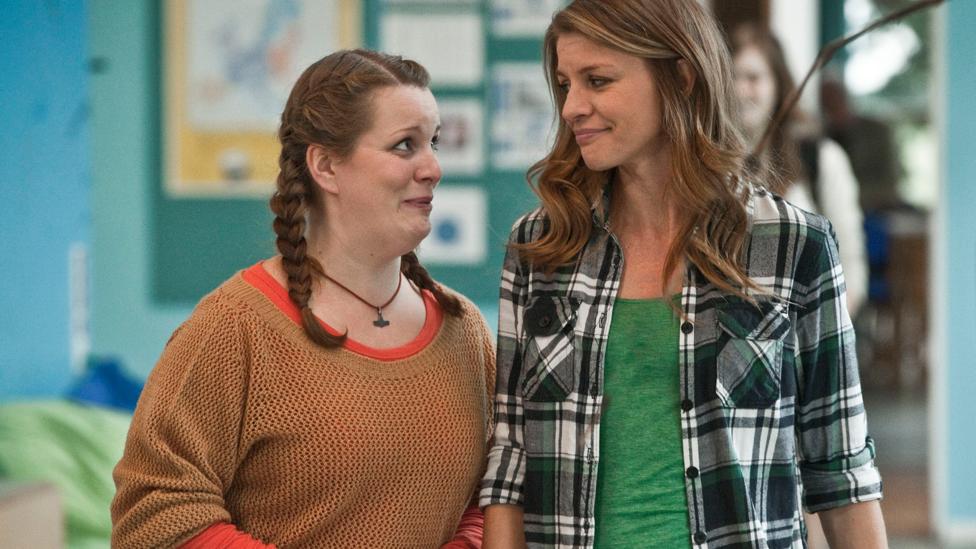 A spin-off miniseries was made about Hjørdis, another quirky teacher character (Credit: Per Arnesen / TV 2)

Rita’s popularity makes sense: it reflects progressive Scandinavian values, with a liberated female main character and plotlines tackling sexuality, learning disabilities, abortion and other controversial topics with refreshing honesty. American feminist writer Pris Blossom wrote, for instance: “Rather than made to seem a frightening procedure to be avoided at all costs, abortion is completely normalised, even encouraged at times on the show.” Not unrelatedly, she adds later, “Denmark looks like a freaking awesome place to live and watching the show makes you want to look into moving there pronto.”

The titular character’s rebellious nature makes her particularly appealing to Danish audiences. “We like characters who fight the authorities and who has the courage to go against the establishment,” says Katrine Vogelsang, who, as head of drama at TV 2, developed the series. “Rita may have unconventional ways, but her cause is always pure, and she never does it for her own gain. She represents a certain Danish unprejudiced mindset [frisind] that I believe resonates very strongly with the Danish viewers.” In addition, Vogelsang says, Rita’s “sense of humour and irony is very Danish.” 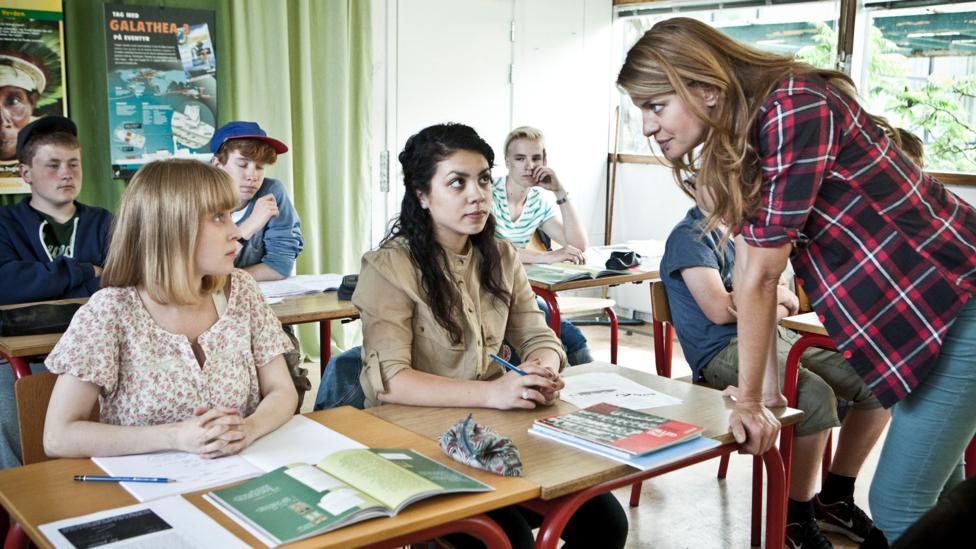 Rita’s students love her, but she struggles when dealing with other adults and her own children (Credit: Per Arnesen / TV 2)

Rita stands out among the TV exports Denmark is better known for, such as The Killing, the international hit crime series that was later adapted for US audiences. The success of ‘Nordic noir’ around the world has caused the Danish TV industry to think more globally when conceiving and marketing shows, according to the journal of Norwegian film festival Kosmorama. As a dramedy, however, Rita also provides a shot of levity in a Danish TV landscape that has long focused on those gritty dramas. “It has character drama and the school arena that everyone can relate to,” says Eva Novrup Redvall, an associate professor in the Department of Media, Cognition, and Communication at the University of Copenhagen. “The series deals with serious issues, but in a funny way.”

Blossom endorsed it as a “feminist binge watch.” She wrote, “You know that ‘Strong Female Lead’ category Netflix likes to throw our way sometimes? [Rita]’s all that and then some. All the other female characters on the show are also well-written, including the pain-in-your-ass Helle, the awkwardly charming Hjørdis, and Molly, Rita’s daughter, who harbours a blend of insecurities and optimism behind a pretty smile.”

Rita herself would probably find it pretty funny that her terrible decisions have made for such international success. But that’s exactly why so many Danish viewers, and fans around the world, love her.