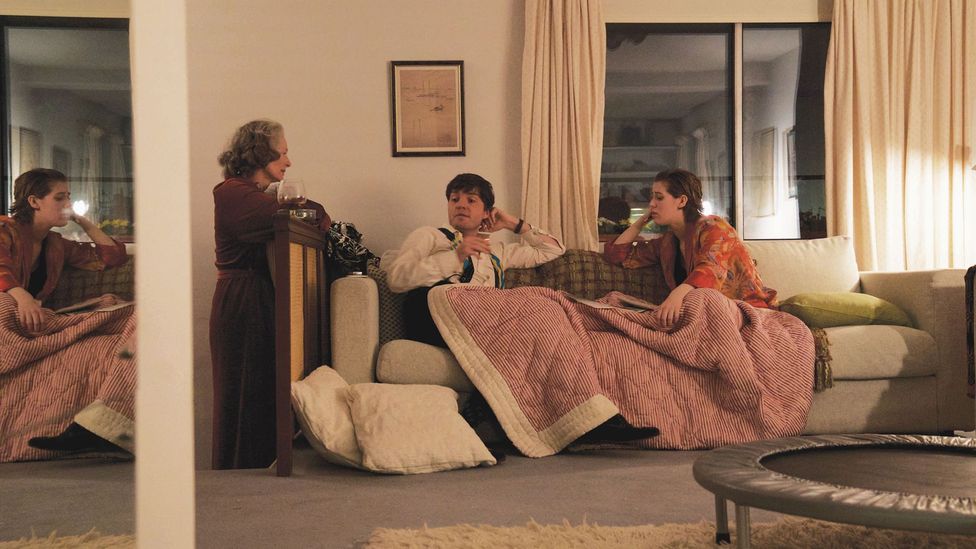 By Emma Jones 13th February 2019
Tilda Swinton and her daughter Honor Swinton Byrne star in the new Joanna Hogg film The Souvenir – a prize-winner at Sundance and screening at the Berlin Film Festival.
H

Honor Swinton Byrne has set herself a high standard with her first film; delivering unforgettability in her debut, Joanna Hogg’s The Souvenir. But 21-year-old Swinton Byrne (yes, she’s the daughter of Tilda Swinton) did not spend years working up to the moment; she hasn’t trained as an actress.

She might want to think about it as a long-term option though, as she disappears into the character of Julie, the heroine of The Souvenir, a 20-something Sloane from an era when Lady Di had just become Princess Diana. Julie’s of that class – flicked hair, ruff collars, taffeta, pearls and a flat in London’s Knightsbridge gifted by mum and dad, who write cheques for her when she calls and asks for more cash.

Mum – actually played by Tilda Swinton, who was cast in the film before her daughter – appears in the flat wearing a genteel headscarf and a tweed skirt. It raises a smile when you consider that this is almost certainly not the real Swinton experience at home. Julie is a lovely girl who’s not intentionally freeloading off them, it’s for her older boyfriend Anthony, played by Strike’sTom Burke, who has a thing for opera tickets and drugs.

The era and The Souvenir’s soundtrack (early ‘80s, with Jona Lewie’s Stop the Cavalry denoting one Christmas milestone) is inspired by memories of Joanna Hogg’s own youth. The film is about a young woman trying to keep hold of a vision of what she wants to do with her life, at an age when confusion reigns. Julie wants to be a film director, but her co-dependent relationship with Anthony means she’s frequently skipping film school. She wants to make her first movie about the most deprived part of Sunderland, and yet she lives in the most privileged postcode in England.

There are no neat endings to Julie’s journey into womanhood

She has friends who listen to ska and sit around smoking in her flat, but she obediently goes to the opera with Anthony, wearing pearls. She dresses in suspenders and stockings for him, but sometimes sleeps with a cuddly toy. She displays none of the tenacity you’d think that a woman who wanted to direct movies would need in 1982, but as someone from film school berates her, “I don’t suppose you really have to think about budgets in Knightsbridge, do you?”

Tom Burke is magnificent as the pin-striped Anthony, who ticks all the boxes that are a must for Julie’s parents – privately educated, Oxbridge, Foreign Office – but since he never has any money, you wonder how much he’s faking it. But he’s older, so is good at telling Julie what she should like, and what she should think. “You’re lost, and always will be,” he tells her in one of their early encounters. Frustratingly, Julie still hasn’t ditched him even when Richard Ayoade, in a great dinner party cameo, points out to Julie that Anthony uses heroin. Later, against the background of an IRA bombing, the relationship twists into something even nastier, as Julie surveys the mess of her flat after apparently being burgled.

Joanna Hogg has form in discovering talent – she cast a young Tom Hiddleston in her award-winning debut film, Unrelated, in 2007. The Souvenir just won the World Cinema Dramatic prize after its world premiere at the Sundance Film Festival. What is so appealing about it is that Hogg hasn’t made a coming-of-age-film – there are no neat endings to Julie’s journey into womanhood. Even though Hogg has planned on making a sequel about Julie’s late 20s (in which Swinton Byrne will return), I wouldn’t bet on The Souvenir II being any less like real life, with all its ongoing muddles and lack of resolution.

The 69th Berlin International Film Festival runs until 16 February 2019. The Souvenir will be released later in 2019.

Film
1Inventive delight or cynical advert?
Film
2Suspiria is ‘just not very scary’
Around the BBC