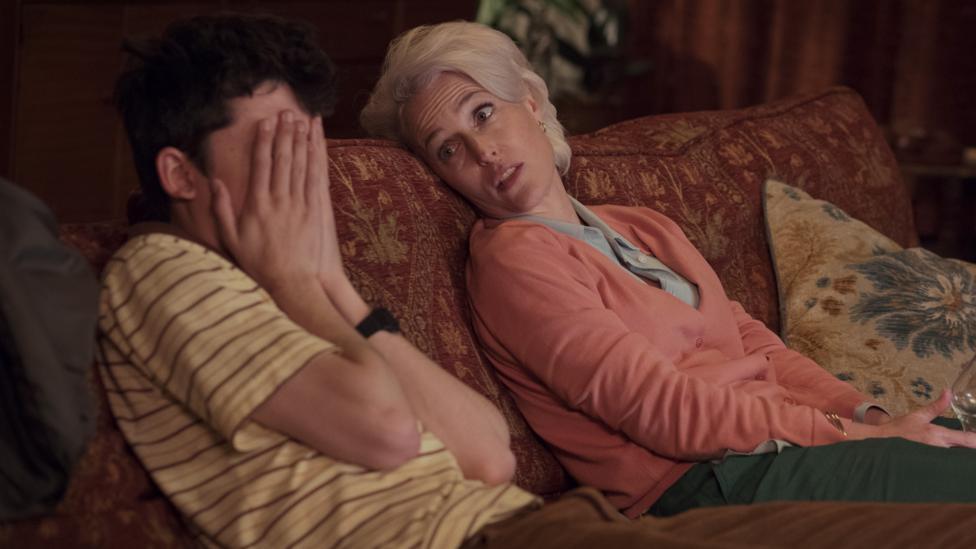 By Emma Jones 27th February 2019
A new wave of shows featuring nudity and sex are appearing on the small screen. Are viewers becoming less prudish? Emma Jones takes a look.
I

In 1995, TV audiences were mesmerised by the so-called ‘Darcy’ phenomenon – a young Colin Firth as the arrogant Mr Darcy, emerging fully-clothed but dripping wet from a lake. Viewers of the BBC’s adaptation of Pride and Prejudice reached 10 million after this pivotal scene.

-       How The Sopranos revolutionised TV

Twenty years later, a see-through white shirt alone might leave viewers cold. In 2016, the viewers of radiotimes.com voted Aidan Turner, playing historical hero Poldark, stripping off and taking a bath, as TV’s most memorable moment that year. Then there was The Night Manager – where a graphic sex scene showing Tom Hiddleston’s naked backside caused a worldwide social media meltdown. And its viewing figures were dwarfed by 2018’s The Bodyguard, which peaked at 11 million in the UK. 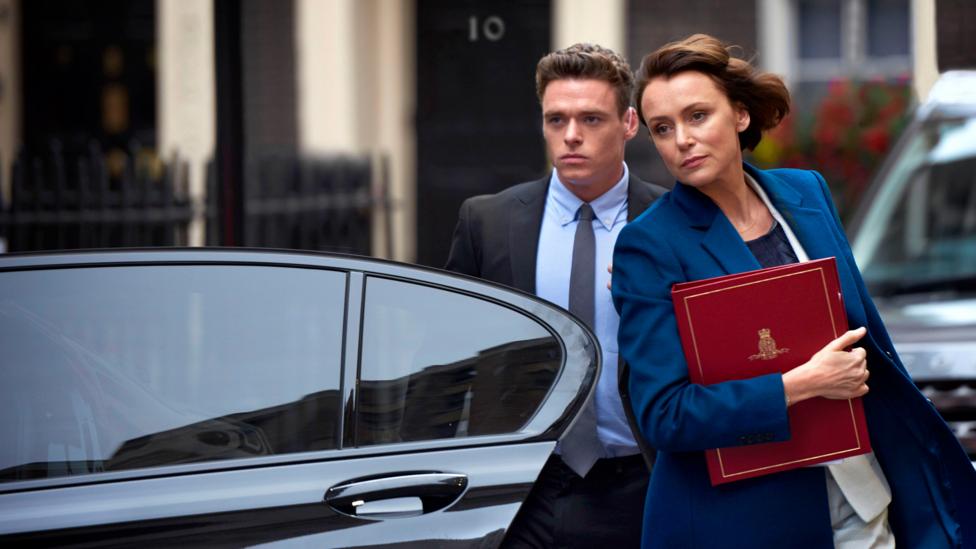 Headlines lingered on the naked body of Richard Madden in The Bodyguard’s explicit sex scenes with Keeley Hawes (Credit: BBC)

There were explosions and plot twists aplenty – but would it have become one of the most talked about series ever if it hadn’t featured explicit sex scenes acted out by the Golden Globe-winning Richard Madden and co-star Keeley Hawes? And with headlines lingering on a naked Madden, when did the male body become such an essential ingredient to TV success?

“Sex sells, it’s nothing new, nor is the idea of selling sex to primetime TV audiences,” says Alice Jones, Arts Editor at The i newspaper. “But The Night Manager and Poldark both caused such a colossal fluster, and so many headlines, that you can't blame directors and producers for wanting to recapture the hype with more male flesh.

“The people behind this hype machine, the directors, the editors of the newspapers and so on, are more than likely largely male, responding to an idea of what they perceive women to want. And in the age of streaming, television 'moments', when something collectively captures the public imagination and – in this case – makes them swoon and tweet as one, it’s a precious weapon in the war for attention.”

Graphic sex scenes and nudity on mainstream television certainly date back to HBO’s ground-breaking Sex and the City, which aired just before the millennium; HBO followed this up with Game of Thrones, by which time shows like Rome and The Tudors weren’t stopping their scenes at the bedroom door either. But as the traditional targets of media objectification, actresses could demand ‘no nudity’ contracts as soon as they wielded sufficient power – from Sarah Jessica Parker in Sex and the City to Emilia Clarke in Game of Thrones (though she did decide, later, to appear naked once more.) For some actresses though, certain scenes could be traumatic. 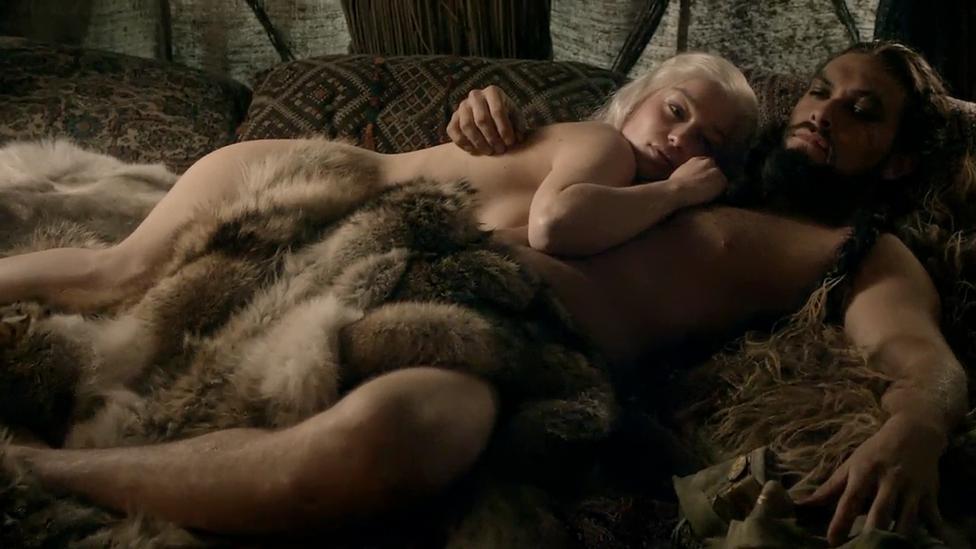 HBO set the trend for nudity and explicit sex scenes, with shows like Sex and the City and Game of Thrones (Credit: HBO)

“In Season 3 [of Lost], I’d had a bad experience on set with being basically cornered into doing a scene partially naked, and I felt had no choice in the matter,” actress Evangeline Lilly told the Lost Boys podcast in 2018. “I was crying my eyes out.”

Post #MeToo, is focusing on the male body easier for TV directors?

“Where once it was down to women to float around flashing their flesh in spy dramas and so on, there's a sense in 2019, that that is not ok, that it might be at best anti-feminist and at worst exploitative,” Alice Jones explains. “The industry is, rightly, even more on its guard about how it treats female performers on and off screen. But they know they still need some sex in there to hook an audience. By making men strip off, shows can deliver the frisson of flesh and still look ‘woke’.”

But the male actor as a sex object isn’t something to be treated with levity either, argues TV psychologist Honey Langcaster-James.

“This is what women have been subjected to for a long time of course, but simply turning the tables and objectifying men wouldn’t be the best solution to this. I do wonder what effect this trend might have on the male psyche. There is already a great deal of pressure on men, especially younger men, to achieve the ‘body beautiful’. I do feel concerned about the impact on male self-esteem and self-image if they start to absorb some of this messaging.” 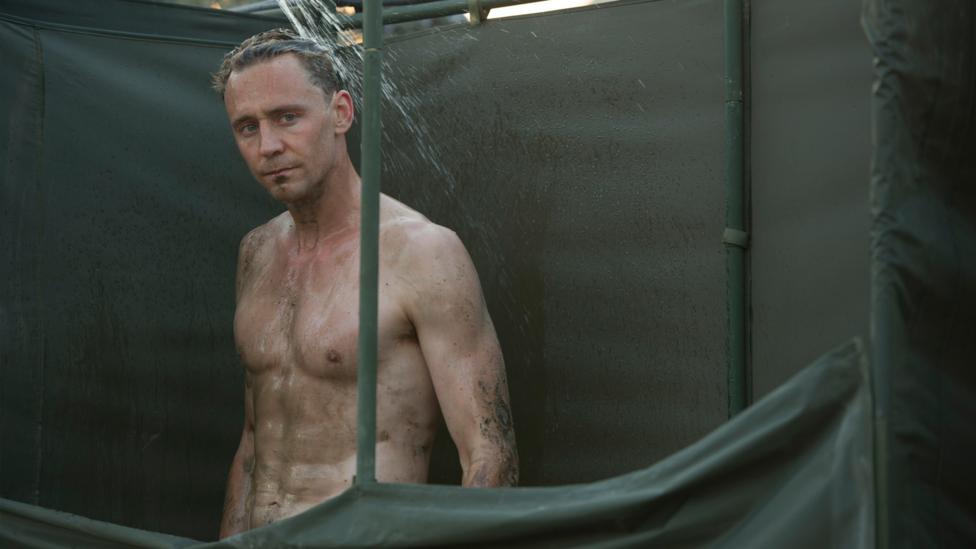 Tom Hiddleston’s bare bottom was edited out of the US version of The Night Manager (Credit: BBC)

The release of Netflix’s medieval epic Outlaw King created a stir, not because actress Florence Pugh displayed partial nakedness in an explicit sex scene with actor Chris Pine during the film, but because there was half a second of Chris Pine’s penis in one scene. The resulting Twitterstorm led Pine and director David Mackenzie to comment to an audience in Toronto that “there was more talking about full frontal nudity in Outlaw King than the disembowelling and beheading”. 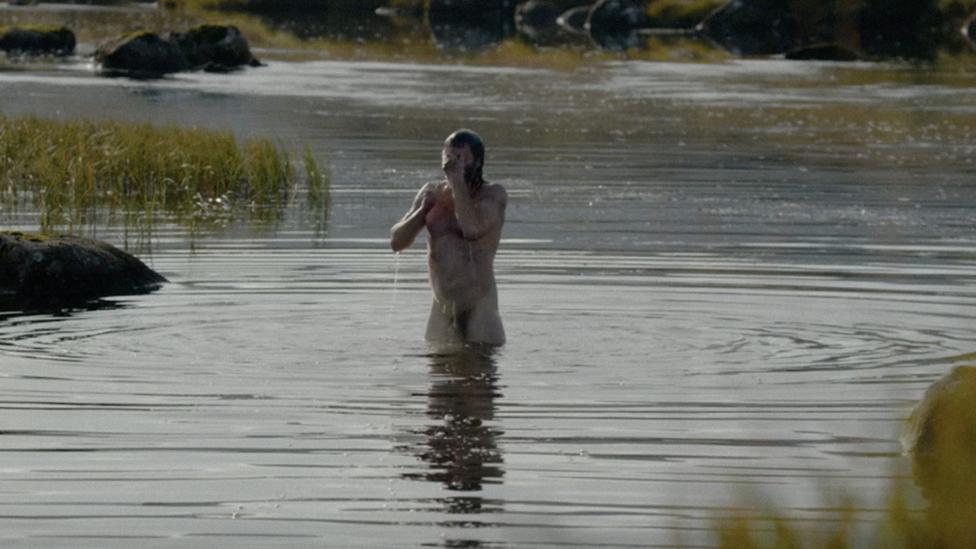 Netflix’s Outlaw King caused a stir due to the half a second when Chris Pine’s penis was visible (Credit: Netflix)

Were the headlines any less exploitative because they were about a man?

“Probably not,” agrees Alice Jones. “The hysteria around his genitalia didn’t make anyone look good. It tipped over into creepy, with otherwise respectable publications writing articles headlined 'How to See Chris Pine's Penis in Outlaw King’.”

Outlaw King was a hybrid in the sense it was a film made for a home streaming service. Generally, cinema is far behind TV when it comes to sex.

“It’s made sense to have your film rated to appeal to the widest possible audience – but that rules out anything too extreme or explicit.

“There are more TV programmes released each week than anyone can realistically watch and so naturally you need to get people talking about your show over others. Having something particularly shocking or sexual that will fuel itself on social media and create a moment has worked incredibly well for things like Cersei’s walk of shame on Game of Thrones. 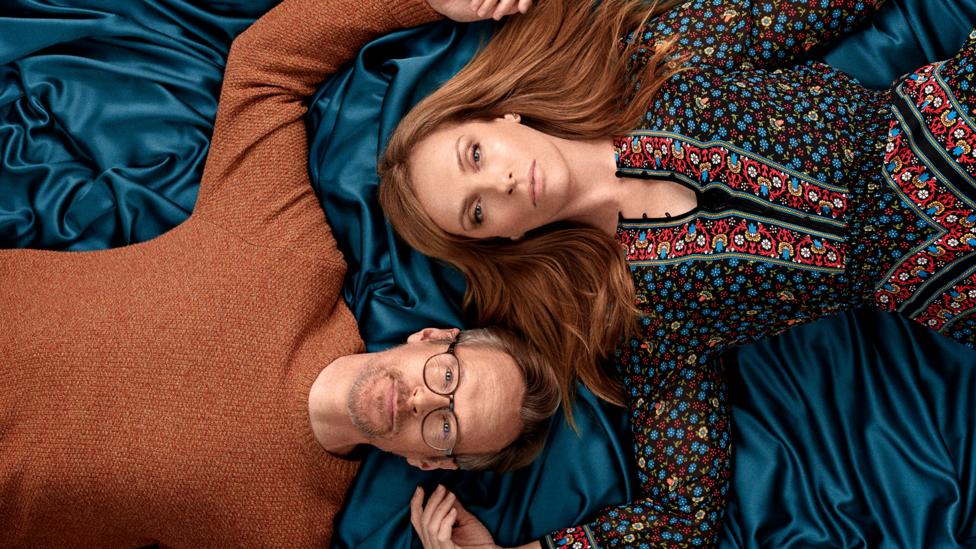 A co-production between the BBC and Netflix, Wanderlust starred Toni Collette and Steven Mackintosh as a married couple questioning monogamy (Credit: BBC)

“You’re also probably watching post-watershed TV in your house so something extreme is tempered by how comfortable you feel. It’s less comfortable perhaps to watch something intensely graphic or sexually extreme in a crowded cinema with strangers.”

Television is currently moving further into sexual exploration. There’s the BBC/Netflix’s Wanderlust, starring Toni Collette, which asks whether lifelong monogamy is possible, and the Channel 4 (UK) series Pure, about a woman with OCD, that revolves around her constant sexual thoughts.

Audiences need to be de-mystified about sex, according to Asa Butterfield, the 21-year-old star of Netflix’s Sex Education. Butterfield stars as Otis, a teenager whose mother, played by Gillian Anderson, is a sex therapist. Surrounded by manuals about sex, Otis sets up an underground clinic to deal with his classmates’ problems, and realises he has a few himself. 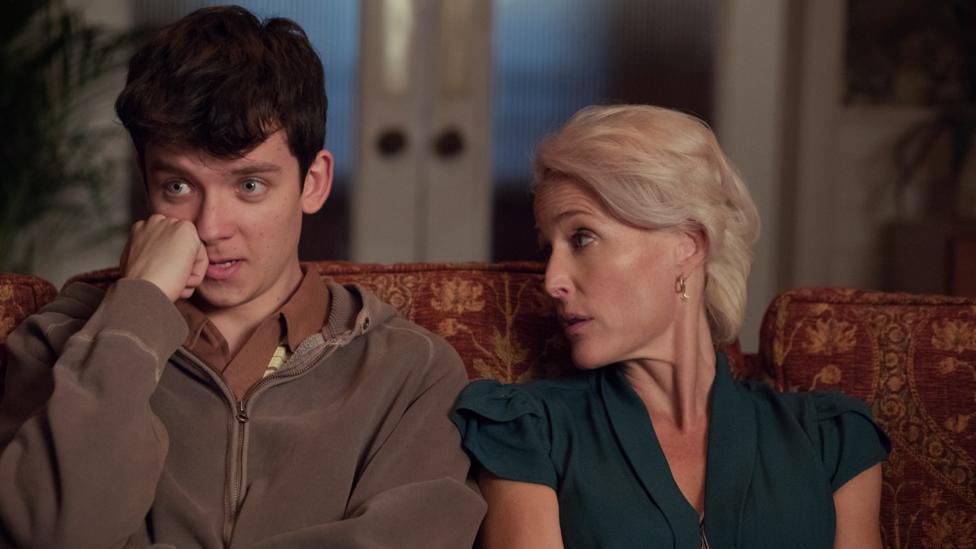 Despite the graphic content that its name would suggest, and even full frontal male nudity, the young actor recently told Teen Vogue that he believes it’s educating audiences about everyday sex, rather than just providing fantasy.

“It shows it in all its ugliness and awkwardness, and its funniness and it shows these characters who are going through their own things and are confused and don’t really know what their bodies are doing. It doesn’t try and make it sexy, or try and make it cool. It just really shows it for what it is. And sometimes it is sexy, most of the time it’s not.”

Comedies aside, fumbling or awkward sex scenes are probably not going to make it to primetime television slots anytime soon, as networks concentrate on providing escapism for viewers. But are they providing a true reflection of 21st-Century Western society – or just now providing, as Alice Jones put it, “equal opportunities stripping” for both male and female actors?

TV psychologist Honey Langcaster-James can be found on Twitter here.