Loading
Books
Is it time to rewrite fairy tales?
Share using EmailShare on TwitterShare on FacebookShare on Linkedin 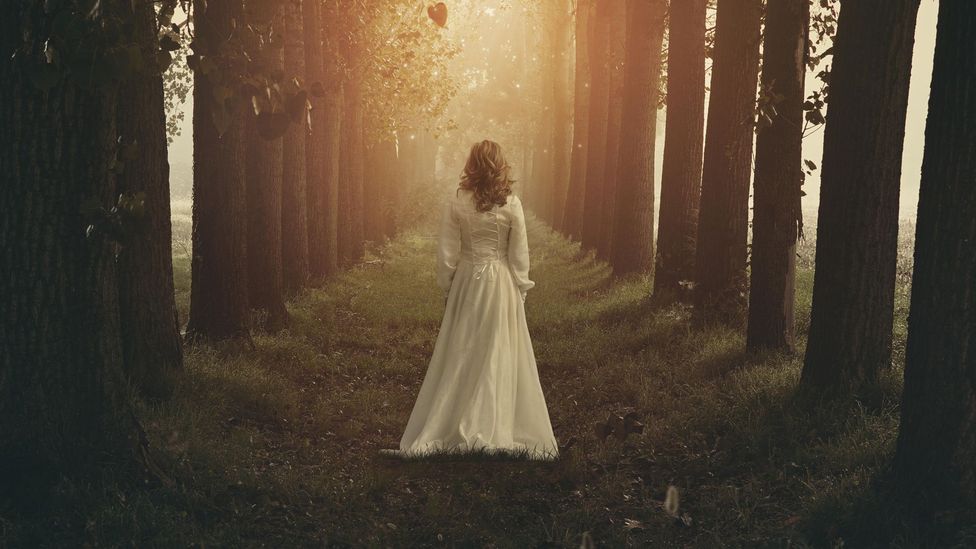 By Hepzibah Anderson 2nd April 2019
Many traditional children’s stories are criticised for gender stereotyping and questionable morals – but is this really the case? Hephzibah Anderson takes a look.
O

Once upon a time, I’d have rolled my eyes at the parental panic about fairy tales that seems to flare up as regularly as outbreaks of nits. Yes, the stories can be bloodthirsty, their morality doesn’t always jive with current mores, and their gender stereotyping is as unyielding as a glass slipper, but they’re fairy stories. Isn’t the kind of outrage voiced by celebrities like Keira Knightley and Kristen Bell, both of whom have publicly vowed never to let their children watch Disney films, just another example of the overly literal, piously-PC dim-wittedness that seems bent on wringing any remaining joy out of childhood?

But then, with the wave of a wand (or at least the ping of a fertility-tracking app), came motherhood, and with it plenty of newly relevant lessons, including this: never say never. Never, for instance, say that you’ll never become one of those parents, because before you know it, you too will find yourself yearning to quote Germaine Greer to the mother whose kid can’t keep up in the playground because her sparkly fairy wings are quite literally holding her back. 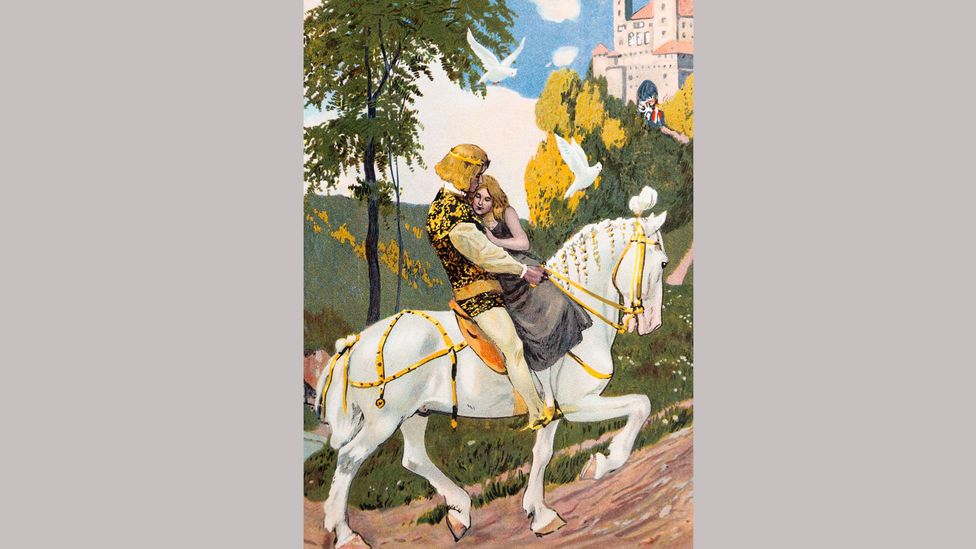 The handsome prince who comes to the rescue is a recurring figure in fairy tales (Credit: Alamy)

For me, the realisation came when, having splurged on a particularly enchanting edition of Hans Christian Andersen’s collected tales, I was unable to find a single one that I cared to read to my young daughter in its entirety. All of a sudden, the number of UK parents who edit fairy stories as they read them aloud – more than one in four, according to a poll published in 2018 – made complete sense.

Were I the parent of a boy, I daresay I’d have cavilled at the tireless insistence on heroism and the phobia of weakness and mistrust of emotion. As the parent of a girl, my main concern is their preoccupation with external beauty and the link that these narratives forge between a comely face and a good heart. You can do a great deal to explain away a princess’s lack of agency and myopic focus on marriage, but the tales’ widespread moral objection to anything other than idealised physical perfection seems to be priming a child – and let’s face it, girls especially – for an adolescence spent photoshopping their own selfies and all the associated struggles with low self-esteem. 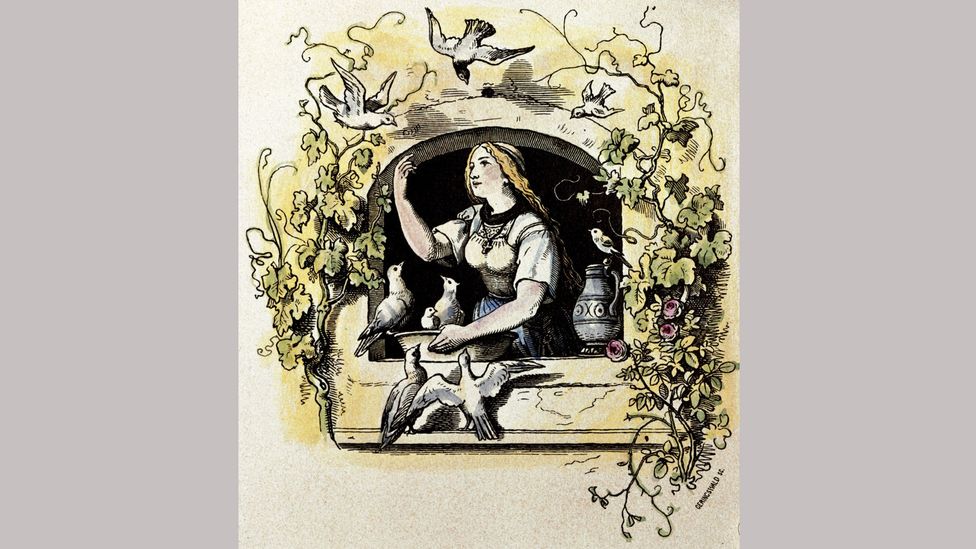 Fairy tales such as Cinderella have been criticised by some for their messages about gender (Credit: Alamy)

In a flash, the bedtime stories I’d been read as a child assumed responsibility for all the hours I’ve since wasted applying and removing make-up, to say nothing of some fairly drastic lapses of judgement when it comes to the male character. (Princes, huh?) All of it, I felt newly certain, could have been avoided had I not been lulled to sleep by stories like Cinderella and Snow White, their potent narratives of helpless beauties forming the warp and weft of my dreams. Yes, I had become one of those women decrying princesses as toxic.

If there’s one gender cliché to rival that of the princess, it’s the ‘feisty’ girl

Not that I’ve ever been a fan of princess culture, but that particular poison apple had always seemed far more a product of the cinema than of literature. Fairy tales, I’d been schooled to believe, were caches of psychological strength and imaginative verve. As fans from Angela Carter to Neil Gaiman confirm, they gift a child with the tools for surviving future challenges and teach them about their own psyches. And yet, my problem with the stories persisted. 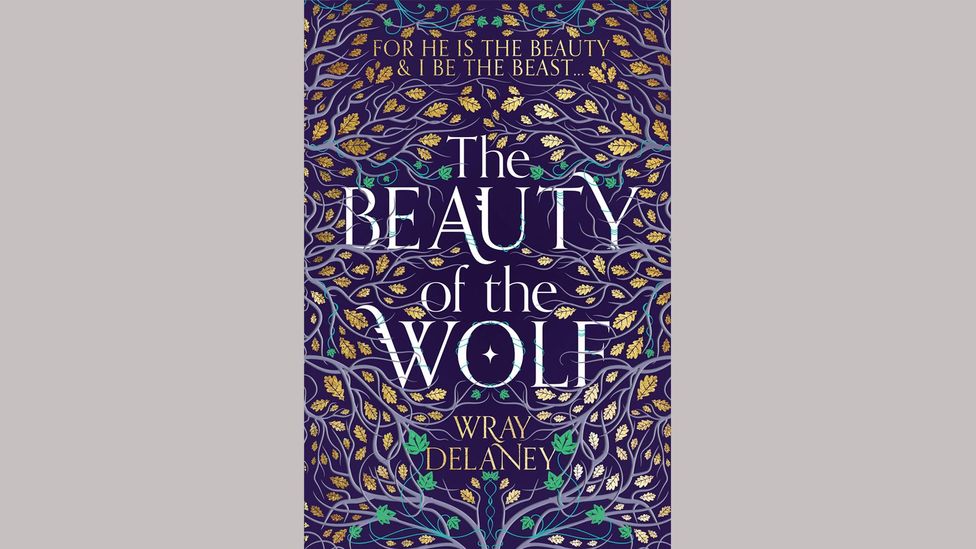 In Wray Delaney’s fantastical tale for adults The Beauty of the Wolf, the ‘beauty’ of the title is a young man (Credit: HarperCollins)

There are, of course, plenty of anti-princess princess books out there for children, either re-tellings of the fairy tales or independent narratives that engage in lively debate with their tropes. It was to these that I first turned when I realised how allergic I’d become to princesses, but if there’s one gender cliché to rival that of the princess, it’s the ‘feisty’ girl. These alternative texts were meagre in their imaginative reach, and often strangely aggressive with it – not a patch on the deeply resonant traditional fairy tales with their elves and toads, their forests and rubies and thorns. And so, when I spotted that laureled children’s author Sally Gardner had written a novel for adults based on Beauty and the Beast, I hoped that like some wise fairy godmother, she might be able to reassure me that my daughter wouldn’t be missing out if we skipped the fairy tales – either that, or magic away my misgivings.

Written under the pen name Wray Delaney, The Beauty of the Wolf spins an ornate, fantastical tale set in Elizabethan England. One of its key twists is that the beauty of its title is a young man. But if I expected her to empathise with my feminist squeamishness, I was misguided.

“You’ve read them all wrong!” she exclaimed when we spoke by phone. “They’re so powerful – they contain everything you need”, she says. “They’re the perfect art form for now”. Key to their power is their versatility. In Hansel and Gretel, for instance, “the happy child sees the mouldy old house, the unhappy child tastes the gingerbread, the traumatised child knows the feel of the bony witch’s fingers”. As she goes on: “Fairy stories give children power.” She points to the genre of gritty realism in children's books. If you give one of those books “to a child in a tower block,” she argues, “trapped with an addict mother and her drug-dealing partner, and they’ll think there’s no way out. Give them Rapunzel and you give them hope.” 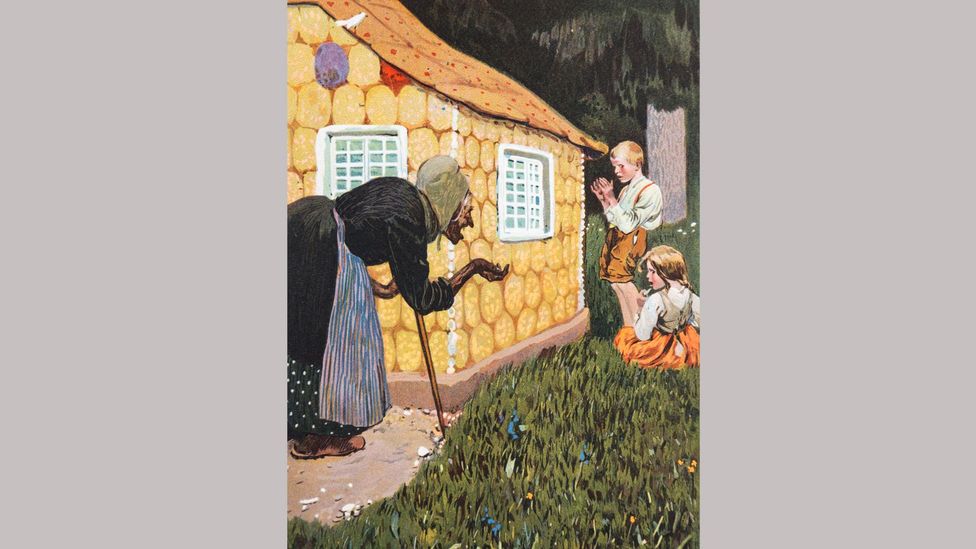 But what about all the princesses? Firstly, children don’t have to identify with them, she insists. “You can be anything – you can be the witch.” Secondly, she says, it’s important to remember that these tales are ancient, and that they were told by powerless women. Explaining this to a child can help get past the fixation with beauty.

Her key advice about reading fairy tales to children is simple: wait. Wait until the budding bookworm in your life is 10 or even 12 years old, and then make sure they’re given a decent edition – Jack Zipes’s Grimm, for instance.

Beauty as a metaphor?

Mythographer and cultural critic Marina Warner made the point in her seminal 1994 study, From the Beast to the Blonde, that most fairy tales were not originally intended for children. As she told me in a recent interview, fairy tales were originally the literature of the poor and unlettered, they weren’t for children at all. The Grimms, for instance, were folklorists and scholars; it was we Brits who turned the stories they gathered into children’s literature when their English translation was published in the 19th Century. 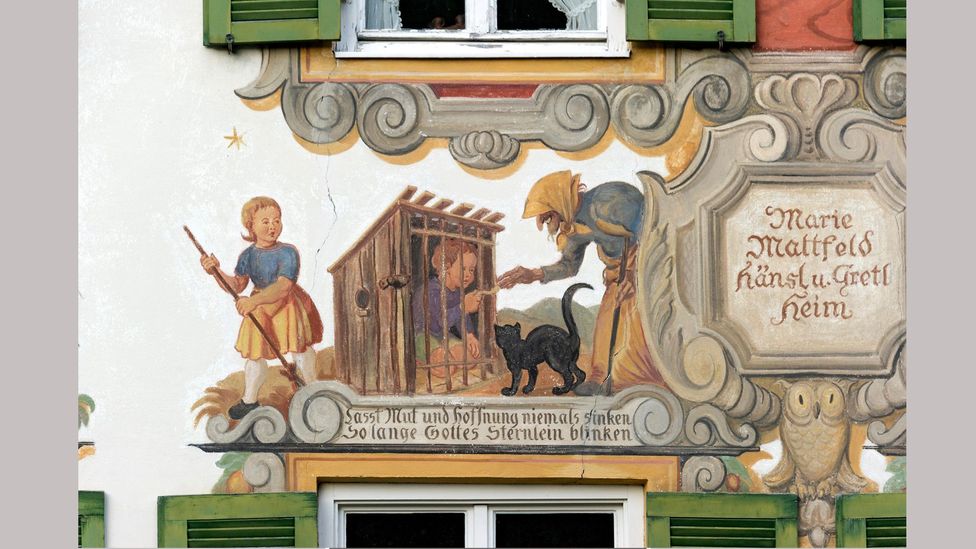 Hansel and Gretel is an example of a fairy tale with a positive young heroine (Credit: Alamy)

“They’re about ordinary people, and they usually prevail against appalling obstacles thrown in their path by people with more power than them. There’s an element of courage in the whole form that is important – the idea of hope and of coming through, outwitting.”

To this end there are, she points out, lots of positive young heroines to be found in fairy tales, from the Grimms’ Gretel to Hans Christian Andersen’s Gerda. Moreover, peer beyond the obvious and you’ll find Irish and Welsh fairy stories especially rich in extraordinary heroines. “The princess comes mainly from the French writers of the 17th Century and early 18th Century. But there, too, there are lots of young women disentangling themselves from relationships that they don’t wish to have.”

As for the seemingly universal fixation on female beauty, “You have to take it as a metaphor”, she says simply. More importantly, it’s vital to remember that along with their potent imaginative vocabulary and their insistence on hope, the supernatural elements of fairy tales teach even the youngest readers to understand that you can be entertained by something without having to ‘obey’ it. “Even quite a young child can understand that the story depends on the fairy having power but that the fairy doesn’t really have power”, Warner explains.

She’s underscored for me another vital lesson of parenthood: that kids generally know what they’re doing, and are invariably far smarter and more intuitive than we grown-ups. Besides, as my sister has pointed out, she was raised on exactly the same stories as me and has never once been bothered by princess-y inclinations. 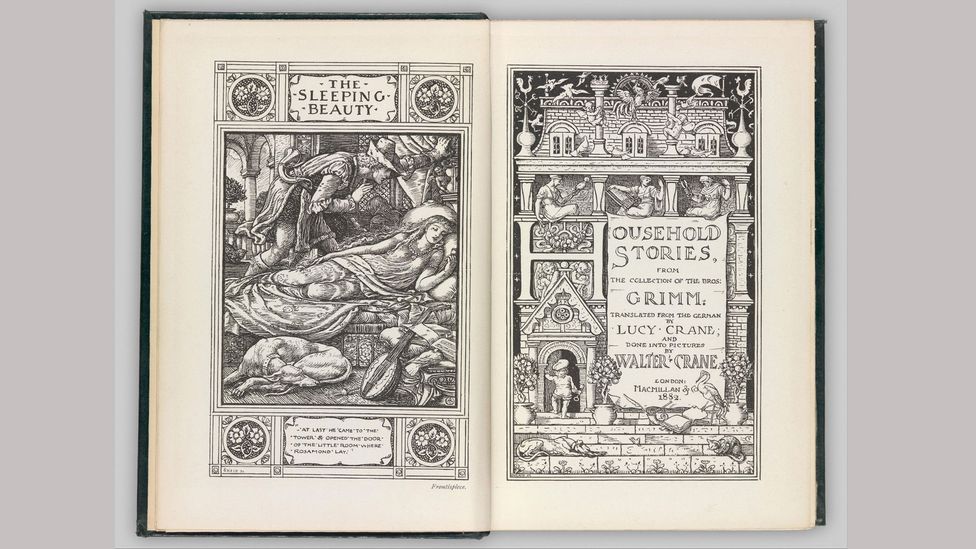 The stories by the Grimm brothers were not originally intended for children (Credit: Alamy)

Wray Delaney says that over the course of her quarter-century-spanning career as a children’s author, she’s observed one key change among her young readers: she used to be able to ask what their favourite fairy story was and each and every one would have an answer; now, she says, hardly a hand shoots up in response. “We’re losing the knowledge of fairy tales”, she notes sadly.

Given that authors from JRR Tolkien to AS Byatt have cited them as essential sources of inspiration, this seems altogether more troubling than any passing phase for flouncy pink frocks that they might inspire in impressionable small girls (or boys). Tempting though it is to blame the fairy tale for the incompleteness of the sexual revolution, it is just one of myriad influences that have conspired to keep generations of women in their place. Besides, fairy stories are, as Warner dubs them, a “rolling” literature: they can accommodate infinite updates. 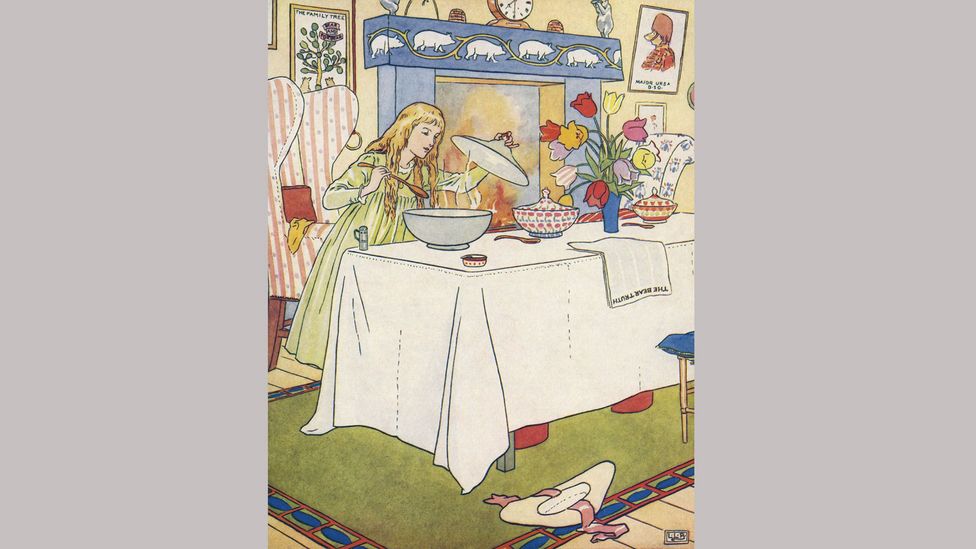 The heroine of Goldilocks and the Three Bears is not a princess but is an exacting young woman (Credit: Alamy)

Meanwhile, my sister has also reminded me that my own best-loved fairy story was Goldilocks and the Three Bears. Flaxen-haired and blue-eyed though she be, that bratty, and above all exacting heroine is no princess. So while I can’t blame fairy tales for any lingering insecurities about my appearance, those bedtime stories did perhaps do a little to help guide me towards a career in criticism.

culture
1Why are children’s authors eccentric?
culture
2The surprising roots of the Green Man
Style
3Fashion’s dark fairytale
Around the BBC