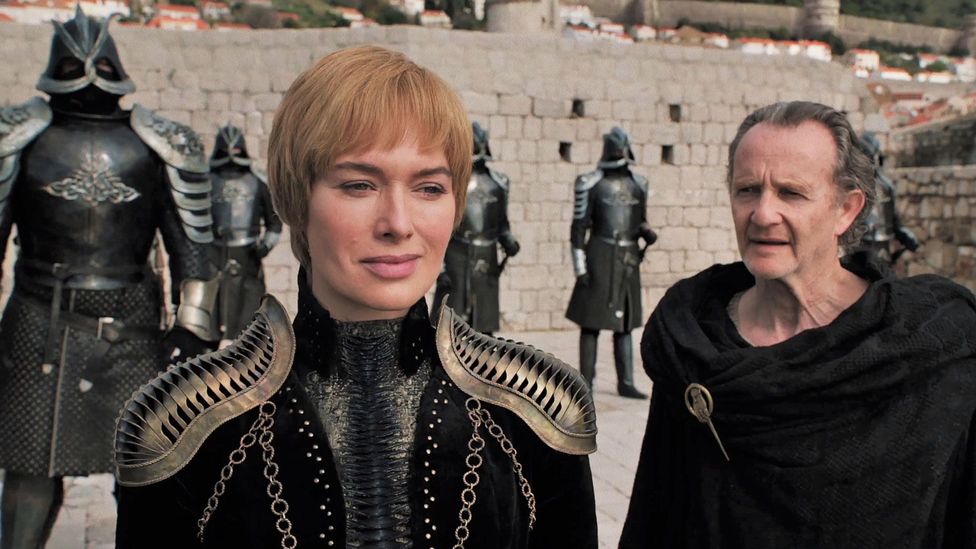 By Stephen Kelly 6th May 2019
After last week’s epic battle, a return to politicking and intrigue, and “a horrific reminder that humanity can prove just as monstrous as the supernatural,” writes Stephen Kelly.
W

One of the more interesting aspects of last week’s episode of Game of Thrones was in how suddenly it subverted expectations of how the show would end. For since its very first scene, Game of Thrones has apparently been building towards the Night King and his White Walkers: the huge existential threat that made everything else – the squabbling, the differences, the pursuits for power – look pathetic by comparison. And now, halfway through its final season, thanks to Arya Stark, that threat has been neutralised. So much for the popular fan theory that the Night King would take his army south to King’s Landing – we’re back to Daenerys Targaryen’s campaign to remove Cersei Lannister from the Iron Throne.

-       Game of Thrones: The Battle of Winterfell review

-       Game of Thrones episode 1: ‘An economical but unhurried scene-setter’

This may seem like a jarring step-down at first – especially for those of us who had subscribed to the idea of the White Walkers being an allegory for climate change – but it feels thematically consistent with Game of Thrones’ history of subverting genre fiction that your troubles don’t just stop because you beat the Big Bad. Take Lord of the Rings. How do you deal with the remaining Orcs after Sauron is defeated? Would Aragon really be a good king? To quote George RR Martin himself: "Tolkien doesn’t ask the question: ‘What was Aragorn’s tax policy? Did he maintain a standing army? What did he do in times of flood and famine?’”

And so, after The Battle of Winterfell, it makes perfect sense that priorities would shift – but not before everyone burnt their dead, and drank in the dizzying high that they had not joined them. These early scenes, for the most part, are a delight – a rare moment of happiness and celebration in a world that seems to abhor both.

Daenerys, in what feels like a desperate attempt to endear herself to the North, makes Gendry Lord of Storm’s End, which leads to him proposing to Arya, now a reluctant war hero. Cue a fairly heavy-handed callback to “that’s not me”, and a glorious return to travelling with the Hound. They both have unfinished business in King’s Landing – the Hound with his brother the Mountain, Arya with Cersei. Surely she can’t kill both her and the Night King? The gods of narrative forbid it.

Elsewhere is the unlikely romance between Jaime and Brienne, which becomes a reality after Tyrion’s favourite (and only?) drinking game “I have never”. (Bad news for lovesick Tormund, but as dubious as Game of Thrones’ gender politics are, having Brienne hook up with a guy who just can’t take a hint wouldn’t have been great). Nikolaj Coster-Waldau and Gwendoline Christie play these scenes with tenderness and depth. Brienne represents more than love for Jaime, it seems – she’s redemption he doesn’t feel like he deserves, a reminder that to be truly free he must be free of Cersei. Another reason why Arya probably won’t be the one to kill her. But with Chekhov’s Bronn now in the mix, who can be sure of anything?

The main thread of The Last of the Starks however is the growing conflict between Jon Snow and Daenerys, with the latter gradually going mad at the thought that her claim to the throne will collapse under Jon’s birthright and ability to inspire loyalty. To quote Tywin Lannister: “Any man who must say ‘I am the king’ is no true king at all.”

Ever since it moved past the books in 2016, the writing on Game of Thrones has never felt as sharp or insightful as those earlier series’. The characters are more prone to TV-speak, to clunky exposition, obvious sentiments and unearned familiarity – like a George RR Martin tribute act.

Nowhere is this more clear to see than the scenes between Daenerys and Jon, which this week are better directed than written – with director David Nutter’s lingering close-ups during the celebration scene, where Daenerys is obviously uncomfortable at Jon’s popularity, telling a tense, silent story. If only that was the case when they opened their mouths. A couple hasn’t lacked this much chemistry since Anakin and Padme in the Star Wars prequels.

The writing issues don’t stop here. Last month US critic Todd VanDerWerff wrote in Vox that as the pace of Game of Thrones has accelerated, it has jettisoned the second acts of its stories. Something is set up, then resolved, with no middle to even out the pacing.

Case in point: Jon Snow tells Arya and Sansa his big secret – that he is actually Aegon Targaryen, and the rightful heir to the Iron Throne – and swears them to absolute secrecy. But instead of getting a second act of that story, where Sansa dwells on what she has learnt, where she wrestles with the idea of betraying her brother’s trust, we get her blurting it out to Tyrion five minutes later. (And while we're on the subject of Sansa and writing, her lines this week about sexual abuse having made her a stronger person will no doubt provoke debate in the week to come).

This erratic pace can be easily waved away – there are only a few episodes (and dollars) left and showrunners David Benioff and DB Weiss have to be selective with what they focus on – but there’s no denying that it doesn’t feel right. And that’s even before we get to the capture and execution of handmaiden Missandei.

The ambush on Daenerys’ dragons and her fleet is quick, quiet and brutal – with Euron Greyjoy’s fleet managing to shoot dragon Rhaegal out of the sky seemingly out of nowhere, before tearing through Daenerys’s ships. It’s an incredible record scratch of a sequence, a shock to the system, but again is hamstrung by bizarre pacing – by a feeling that it’s over before it’s even begun. There’s a reason why it feels jarring to see Euron back at King’s Landing literally a scene later, or why Missandei’s plight lacks tension – it’s another story without a second act. Where is Missandei?! Oh there she is. And now she’s dead. Oh well.

Perhaps that’s unfair. The death of Missandei – beheaded by the Mountain at the order of Cersei, her body flopping to the ground in front of her lover and comrades – is a horrific reminder that humanity can prove just as monstrous as the supernatural. And far more interesting too. For as impressive as last week’s spectacle was, none of it felt as engaging as this week’s smaller moments of politicking and intrigue – of Tyrion and Varys contemplating treason.

Cersei Lannister, with all the history and trauma and entitlement that has twisted her into a nihilistic tyrant, will always be a more layered villain than the nebulous Night King. And the same goes for Daenerys, who is emerging as a different side to the same coin – a mad queen who seemingly despises the people she seeks to rule, who is more likely to burn King’s Landing to the ground than accept that she is unwanted in Westeros, unloved. Unless someone stops her first, of course.

Love TV? Join BBC Culture’s TV fans on Facebook, a community for television fanatics all over the world.