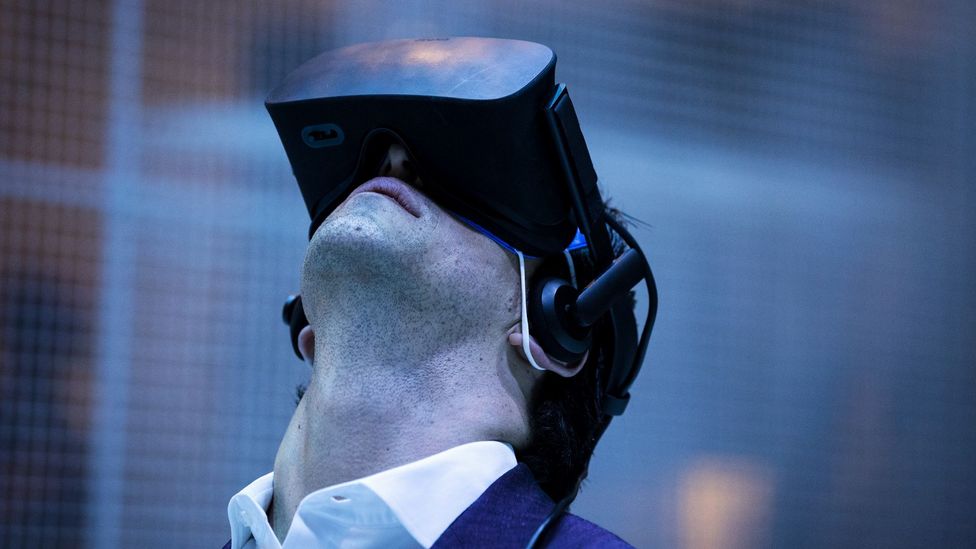 By Luke Buckmaster 8th May 2019
An array of rapidly developing technologies offer thrilling potential for the future of motion pictures. Luke Buckmaster asks the experts what’s next.
F

For decades virtual reality (VR) has been prophesied as the future of filmmaking, capable of offering experiences infinitely more immersive than traditional cinema and television. In an essay written in 1955, titled The Cinema of the Future, the cinematographer Morton Heilig predicted that filmmaking would advance to the point where it can “reveal the new scientific world to man in the full sensual vividness and dynamic vitality of his consciousness.” Heilig outlined many of the properties of virtual reality – but didn’t use those words, given they hadn’t been coined yet.

Now, as the saying goes, the future has arrived – though filmmaking has a long way to go before it incorporates the mind-bending technology popularised in movies and TV shows such as The Lawnmower Man and Star Trek. With many filmmakers having swapped traditional cameras for 360 cameras (that capture views from all angles), the current moment is comparable to the intensely experimental early years of motion pictures during the late 1800s and early 1900s. 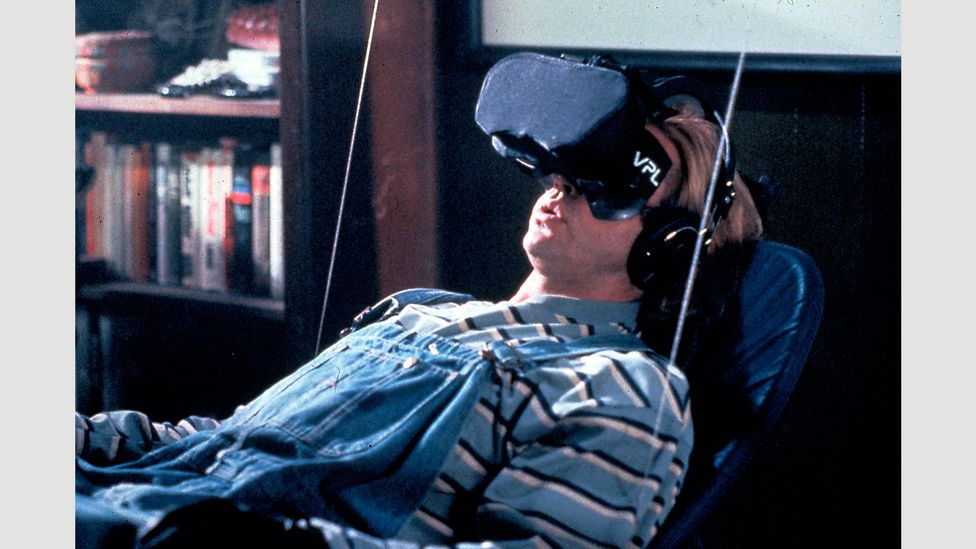 Filmmaking is far from realising the mind-bending tech imagined in films such as The Lawnmower Man (Credit: Alamy)

In short: we are in the early stages of a new filmmaking revolution. An array of rapidly developing technologies offer thrilling potential for the future of motion pictures – such as the rise of AR (augmented reality), AI (artificial intelligence) and the ever-increasing capacity for computers to power detailed digital worlds.

What will films look like in 20 years’ time? And how will the cinematic stories of the future differ from the experiences available today?

According to VR guru and artist Chris Milk, films of the future will offer tailored immersive experiences. They will, he tells BBC Culture, be capable of “crafting a story in real-time, that is just for you, that uniquely satisfies you and what your likes and dislikes are.”

Milk prefers terms like “story living” over standard nomenclature such as “storytelling." He believes cinematic experiences will evolve to “feel as natural and as real as a day in your life, but have the amazing characteristics of the kind of exciting stories that we are used to being told.” 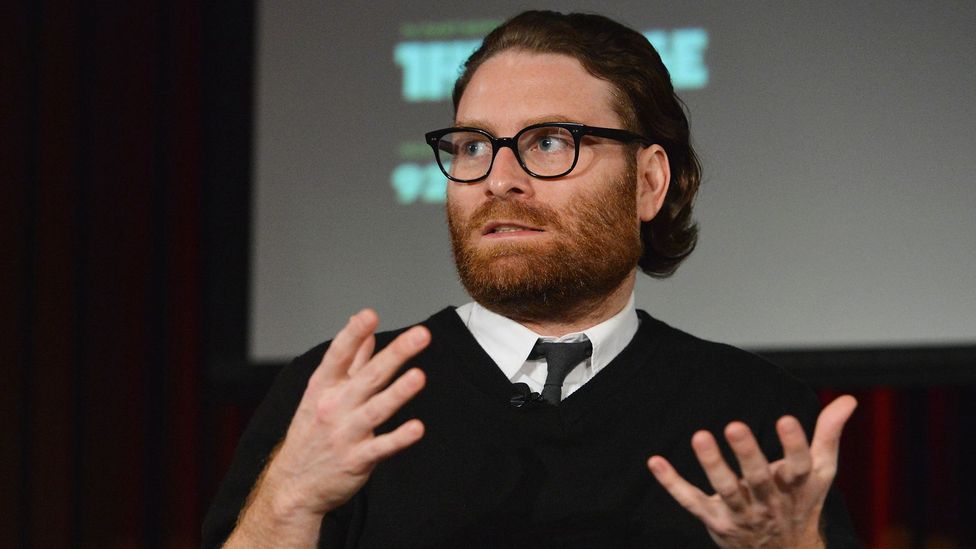 Milk gave a watershed 2015 TED Talk about the artistic potential of virtual reality. He believes that advances in AI technology will allow computer-created characters to respond to audiences in real-time. Imagine a much more advanced version of Siri – but represented as a character inside a narrative experience.

Milk acknowledges that “the technology doesn’t fully exist yet” for an AI character “that can be conversational and respond to you as if they were also human.” But, he adds: “I don’t think we’re 20 years away from it.”

The influential documentarian, journalist and entrepreneur Nonny de la Peña – who has been described as “the Godmother of VR” by The Wall Street Journal – says the first word that comes to mind when she thinks about the future of the medium is “volumetric,” providing a stark comparison to the two-dimensional screens of today. 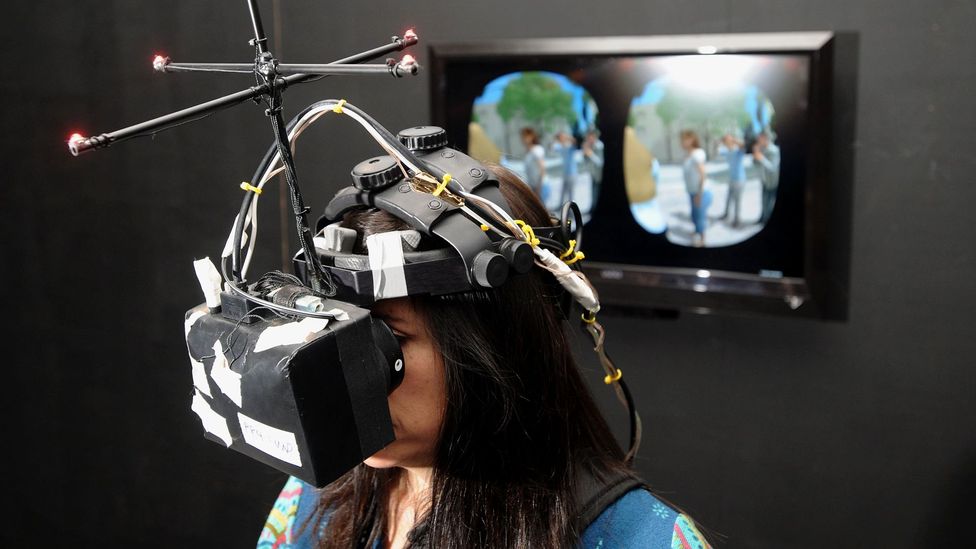 Nonny de la Peña, pictured at the Sundance Film Festival in 2012, has been described as “the godmother of VR” (Credit: Getty Images)

In the future, according de la Peña “flat media will still be there with us, just like the radio will still be with us. But there's no way that filmmaking is going to stay flat.”

Instead we will have “fully embodied, walk around, room-scale, volumetric experiences” because “younger audiences are coming up who are used to having embodied experiences...They're going to want to have their views, education, and everything else in an embodied form.”

A virtual copy of the world

Eugene Chung directed the critically acclaimed VR film Allumette, which has been described as a “masterpiece” and seen the filmmaker compared to the likes of pioneering US filmmaker DW Griffith. Set in a futuristic city floating in the clouds, the production uses technology called ‘six degrees of freedom’ (or ‘6Dof’), which allows viewers to physically walk through its world.

Chung believes that in the future VR will become increasingly blended with the AR Cloud, which is essentially a digital copy of the world. 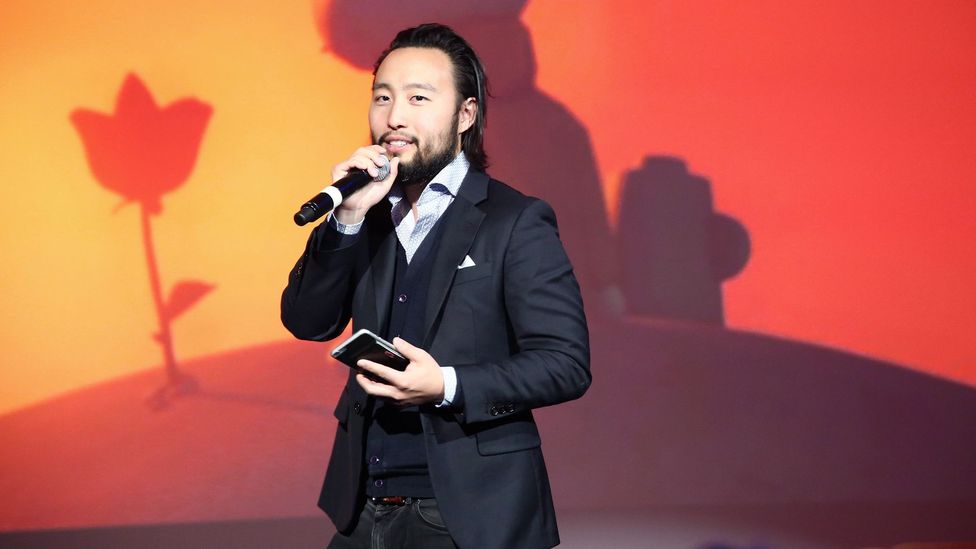 Eugene Chung speaks onstage at the Tribeca Film Festival in 2016 – his VR film Allumette has been called “a masterpiece” (Credit: Getty Images)

“Think of a hyper-charged version of Google Earth,” he says, “where you're not just taking streets, you're copying the entire world. We’ll have that mixed with really high-end VR technology, which is already very impressive today.”

Chung says in the future there’ll be “stories all around you.” For example, “you could be waking up and next to your bed can be a table on which you can have a character you like. There are movies that point to this, like the movie Her.”

‘An art of consciousness’

The Emmy award-winning Lynette Wallworth, director of the VR experiences Collisions and Awavena, says the narrative experiences of the future, through virtual reality, will be able to offer new ways to explore neural diversity.

“We will have the ability to experience aspects of how somebody with autism for example experiences the world,” she says. “Levels of difference are able to be revealed through the senses in VR that are not possible in other art forms.”

Wallworth also envisions VR and AR expanding the purview of traditional film, partly through headsets that will allow viewers to toggle between watching moments and then experiencing them immersively. 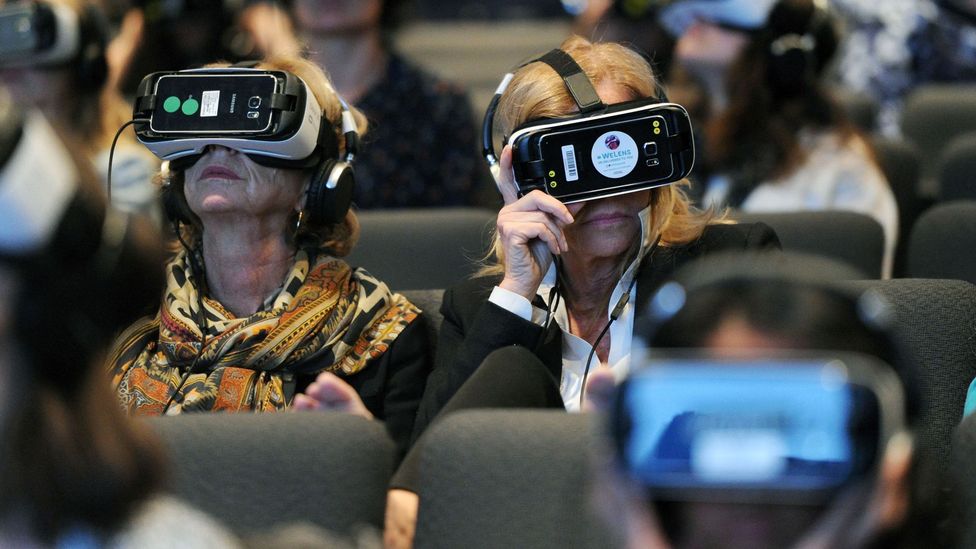 “If you think about this in relation to watching George Miller’s Mad Max: Fury Road, for example, you could view the traditional film in a headset that allows you to see the cinema screen then switch modes,” she says, “so that you’re now sitting next to Furiosa in the cabin of her truck, as she drives headlong across the desert landscape at full speed.”

With virtual reality technology advancing at a rapid rate, the possibilities – to borrow a hackneyed turn of phrase – are endless. Describing virtual reality as “dangerous” because filmmakers operating in this space wield less control than they do in non-interactive experiences, Steven Spielberg in 2016 cautioned that the virtual realm “gives the viewer a lot of latitude not to take direction from the storytellers but make their own choices.”

Many would regard this kind of future – where viewers will have the ability to shape the narratives they experience – as a positive rather than a negative. Viewers being able to make their own choices concurs with Heilig’s prediction that "the cinema of the future will no longer be a visual art, but an art of consciousness." The difference, perhaps, between ‘storytelling’ and ‘story living’.