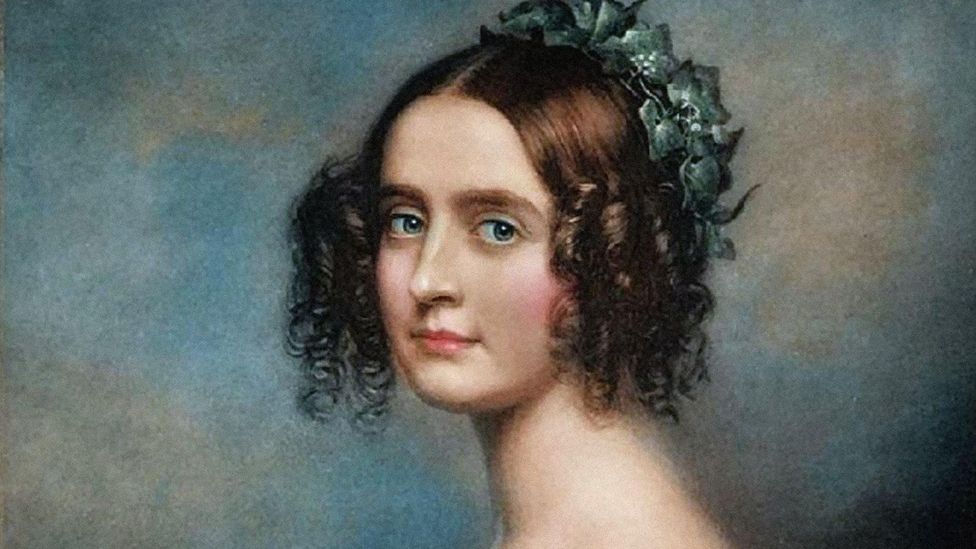 By Holly Williams 16th May 2019
The subject of a new play, Princess Alexandra of Bavaria, believed she had swallowed a piano made of glass, and that it could shatter inside her.
A

A young princess in 19th-Century ringlets and a flouncy white dress creeps across the stage and eyeballs the audience warily. “I’m of a very delicate nature,” she tells us. “And it is all made far more complicated due to the fact that I have a grand piano inside me… a grand piano would be bad enough but this one happens to be made out of glass.”

The Glass Piano is a new play by Alix Sobler, currently on at the Coronet Theatre in London. Is its story a wild piece of absurdist invention? A resonant bit of symbolism? Not a bit. Princess Alexandra of Bavaria was a real, 23-year-old royal, who really did believe she had swallowed a piano made of glass when she was child. She crept slowly through the corridors of the palace, turning sideways to get through doorways, terrified that if she knocked into something or was jostled, the instrument inside her would shatter into thousands of pieces. 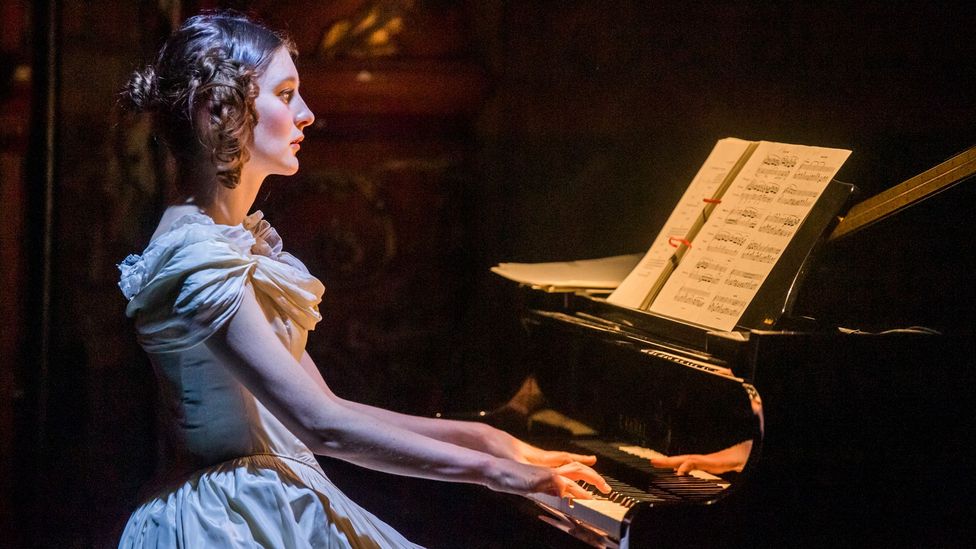 The play The Glass Piano tells the story of Princess Alexandra of Bavaria, who believed she had swallowed a piano made of glass as a child (Credit: Tristram Kenton)

Even more remarkably, she was far from alone in her belief. The “glass delusion” was, in fact, a well-known psychological condition, considered a form of melancholy. There may not be other records of piano-swallowers – or, alas for Alexandra perhaps, any internalised glass violins, harps, or oboes to play with – but there are many accounts of men who believed themselves to either entirely or partially be made of glass, or to have fully turned into a lamp, vase or jar. Sufferers were gripped by a fear of being broken, but often also, intriguingly, a fear of direct sunlight.

The glass delusion was well-known enough to crop up briefly in Robert Burton's The Anatomy of Melancholy in 1612, in a long passage of paranoid anxieties: “Fear of devils, death, that they shall be so sick, of some such or such disease, ready to tremble at every object… that they are all glass, and therefore will suffer no man to come near them.”

The glass delusion was common from the middle ages until about the 19th Century – and it seems it has an antecedent in a delusion of being made of pottery. “Classical and Medieval accounts of Earthenware Men abound”, wrote Gill Speak in a 1990 essay on the subject in the journal History of Psychiatry. But glass – this special, highly prized, almost alchemical substance – took over as the obsession du jour. The fear of being too fragile for this world was believed to be especially common among the nobility, as well as educated men, who may have read medical accounts of the delusion before ending up developing the symptoms themselves. 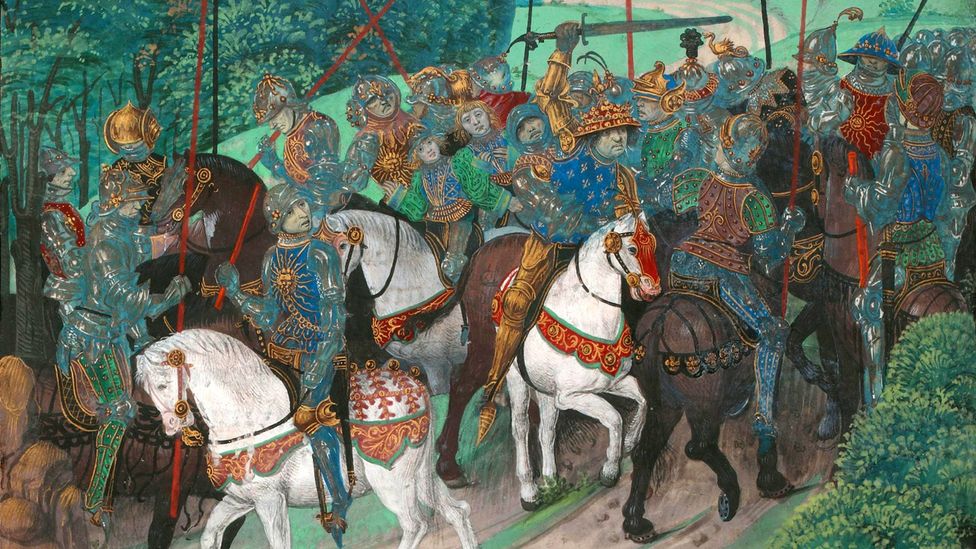 King Charles VI of France is one of the earliest documented cases of the ‘glass delusion’ (Credit: BNF/Alamy)

Among the earliest – and most famous – sufferers was King Charles VI of France, who reigned from 1380 until his death in 1422, suffering from various bouts of ‘madness’. The belief he was made of glass was so powerful, he’s thought to have had a special suit of iron ribs fitted in his clothes to protect his delicate body, and wouldn’t allow people to touch him.

Strangely, the glass delusion went into decline around the middle of the 19th Century, before almost completely vanishing. No-one really knows why – although there are very occasional modern instances of it recorded, most recently in 2015 by a psychiatrist in the Netherlands.

Today, the delusion is approached as a mental health issue – and it was this which made Sobler convinced it would be a rich topic for a play. “I really took it as a jumping-off point: it’s definitely not a historically accurate depiction,” she caveats her answers by saying, but adds that she thought the image of having a glass piano inside you was a really interesting metaphor. “How do we relate to it today? What does it represent, in our anxieties, today?”

Sobler suggests that the psychological patterns behind the glass delusion are still with us. “I suffer with anxiety, it’s extreme,” she says. “And I am very capable of talking myself into a belief: if I find a spot on my body, I can really talk myself into that being a disaster.” While swallowing a grand piano is an extreme case, Sobler says that she too has the capacity to “form an idea in my head, talk myself into it, and create my own reality around it. That’s one of the things that really drew me to [Princess Alexandra].”

If the glass delusion no longer crops up so much this millennium, other forms of deeply-felt delusions have sprouted which perhaps come from a similar place of anxiety. Sobler points to the common paranoia of being under surveillance, watched by the government, but also a condition like Morgellons, where sufferers are convinced they have some kind of parasitic organism in their body which results in tiny fibres growing out of their skin (sufferers insist it is a real, if as yet un-diagnosable, condition, and not a delusion; medical science disagrees). 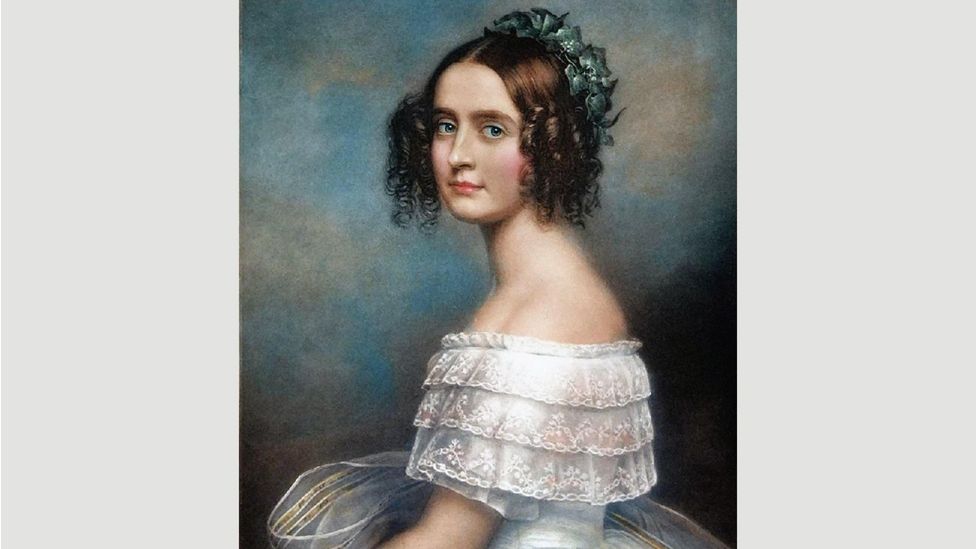 Princess Alexandra was fixated on cleanliness, and would only wear white clothes (Credit: Alamy)

Princess Alexandra appears to have been a highly strung, rather fragile individual even before her sudden conviction that she had a piano inside her, showing symptoms of what today we might liken to OCD. She was reportedly fixated on cleanliness and would only wear white clothes. The piano arrived after a scandal involving her father, King Ludwig I, bestowing titles and fortunes on his mistress, the actress and dancer Lola Montez. It is presumed to have been a highly stressful time for the only one of his children still living at home, unmarried.

All of which fits with the notion that the glass delusion was often linked to some kind of obsession with purity and chastity – both things easily lost or broken – as well as fragility. Many instances seem to involve men (although it was mostly men that records were kept about), believing they had specifically been turned into a urinal, in this case meaning a glass for urinating in, in the days before toilets, while the belief that they had glass buttocks was also a common one.

Although it may be worth taking some glass-delusion stories with a pinch of salt. Unsurprisingly, such an affliction – delightfully weird, metaphorically resonant, or just plain comedic – fascinated both doctors and more artistic types, especially in the 16th and 17th Centuries. Speak writes that the “distinction between medical account and its literary version is particularly diffuse in this period, marked as it is by a sudden plethora of literary Glass Men.” 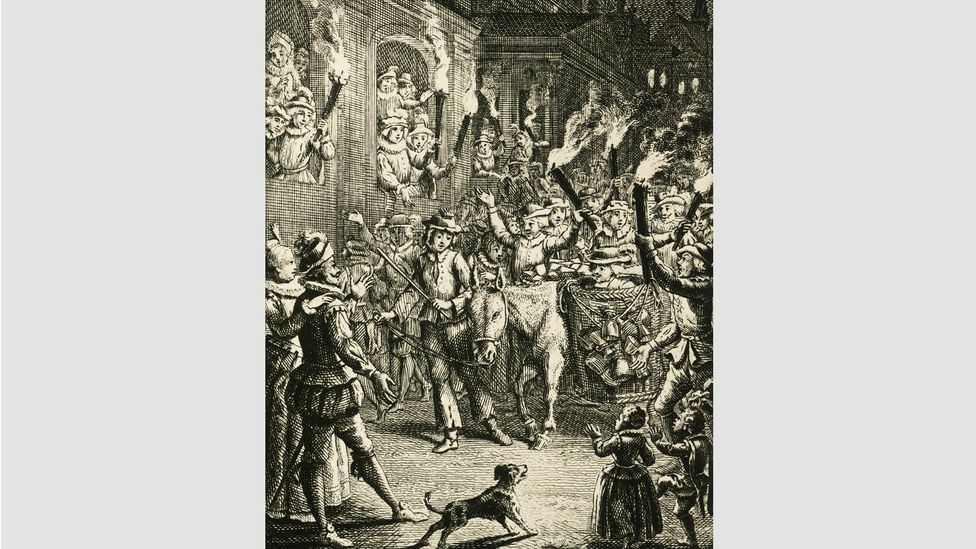 Tomás Rodaja, the protagonist in Miguel de Cervantes’ 17th-Century short story The Lawyer of Glass, is convinced he is made of glass (Credit: Getty Images)

Most famous is a Tomás Rodaja, the fictional protagonist of Cervantes’ 1613 short story El licenciado Vidriera, or The Lawyer of Glass, who becomes famous after he is convinced his whole body has turned to glass after taking a failed love potion.

There’s also a character who believes he’s a urinal in Thomas Tomkis’s 1604 play Lingua, who says “I dare not stir for fear of cracking in the bottom”. Indeed, the glass delusion was well known enough that it could be a subject of send-up – Dutch poet Constantijn Huygens lampooned it in his satirical poem Costly Folly in 1622.

But there were also many (often anecdotal) medical accounts, of both sickness and cures – which weren’t always exactly subtle. One record by a royal physician, Louis de Caseneuve in 1626, told of a Parisian glass-maker who at all times had a cushion tied to his buttocks to prevent them shattering, until he was healed by a doctor beating his backside and persuading him that if he could feel pain, his bottom must be corporeal after all.

Another account, written around 1569 (and translated in a 2015 essay by Elena Fabietti), tells of a man who was convinced he was a glass flask. The solution? His bedroom was set on fire, with the man locked inside. When he banged on the door and begged to be let out, he was asked “why, if he is really made of glass, he didn’t break with all that banging” – which appeared to do the trick. 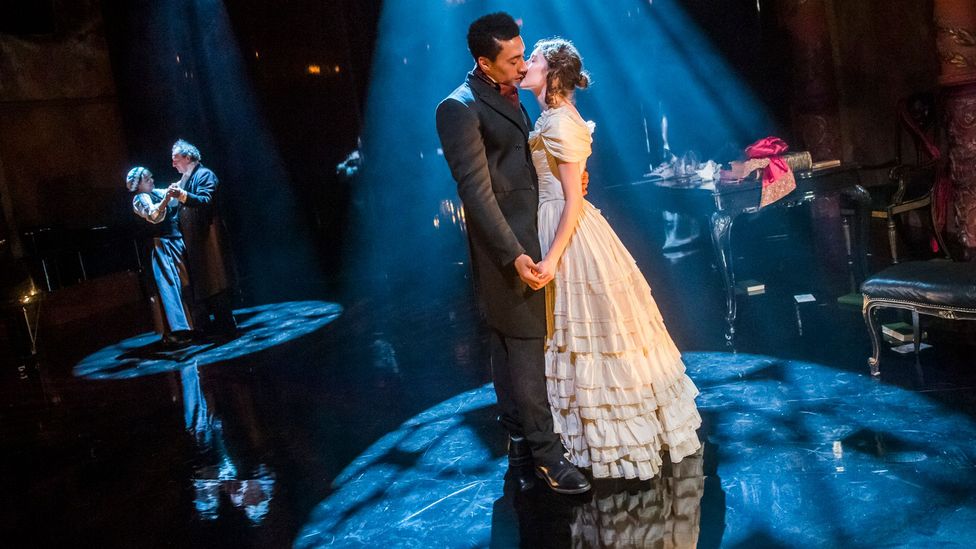 The real Princess Alexandra’s engagement to Lucien Bonaparte was called off, and she went on to publish several books (Credit: Tristram Kenton)

Sobler offers her delicate princess a rather more gentle and appealing cure. It’s known that Alexandra was engaged to Lucien Bonaparte (Naploeon’s nephew), although it was called off when it was revealed he had been married before and was divorced. In Sobler’s play, it is this glimpse of love that helps the princess begin to overcome the glass delusion.

“What has changed my life as a person with anxiety was getting older and gaining confidence, but also I’ve met someone and found love. I have a safe place. So I was interested in [whether that] could that happen for Alexandra,” says Sobler. “And of course it’s not that falling in love cures mental illness, but our connections with other people are what can save us. They encourage us to get help, they support us through difficult times.

“But the irony of anxiety, and vulnerability, and fragility is it makes it especially hard to risk our hearts and ourselves in that way. So that, to me, was what was really compelling about telling the story.”

We do not know whether the princess was ever fully cured of her conviction that she had a grand piano inside her, and in real life, Princess Alexandra may not have found love. But it does appear that she found her voice. In 1852, she began a career as a writer, publishing several books of stories and essays as well as translations, including of plays for children. Perhaps she would be rather pleased to see her story onstage.

The Glass Piano is at the Coronet until 25 May.