Loading
Music | Greatest hip-hop songs of all time
Sampa The Great: The African voice of Australian rap
Share using EmailShare on TwitterShare on FacebookShare on Linkedin 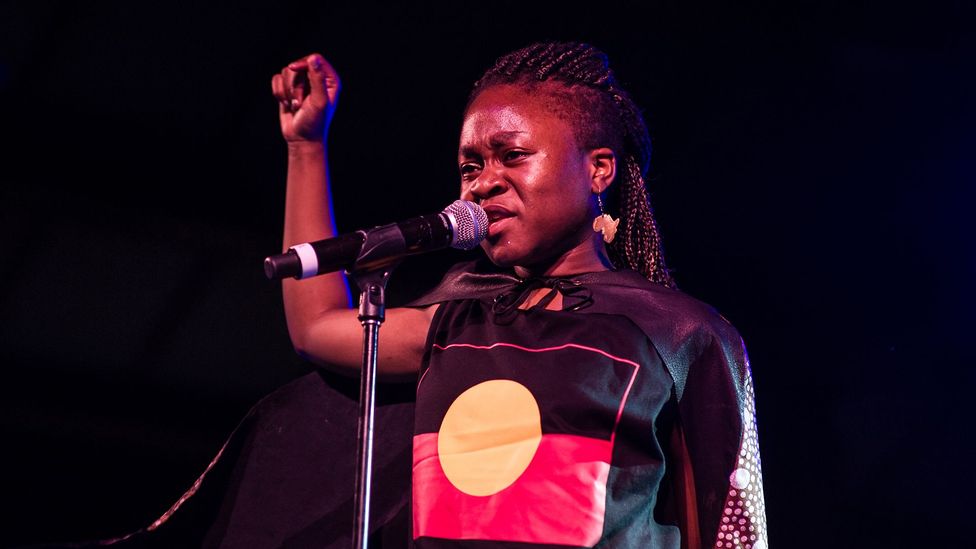 By Kish Lal 23rd October 2019
Born in Botswana and raised in Zambia, Sampa The Great is one of Australia’s rising hip-hop stars.

Innovations in hip-hop often don’t happen when there are new stories to tell, but rather when those who have gone unseen are finally heard. This distinction allows for a spectrum of emotions from braggadocio, triumph, a tenderness for the familiar and a reckoning with displacement. That’s the thesis of Sampa The Great’s debut album, The Return.

Sampa Tembo, the 26-year-old rapper originally from Zambia, has taken her once conflicting identities and attempted to reconcile them. “It's about spiritually going home to yourself, to the most you, you've ever been,” she says over the phone from Melbourne, her home since 2018, where the sun is beginning to shine after a characteristically cool winter.

Sampa has carved out a position for herself in Australian music, winning the Australian Music Prize for Best Album of 2017, and a cash award of A$30,000 for her second mixtape, Birds and the BEE9. Signing to the UK imprint Ninja Tunes and the widespread acclaim for The Returnhas seen Sampa step up to take on the rest of the world. 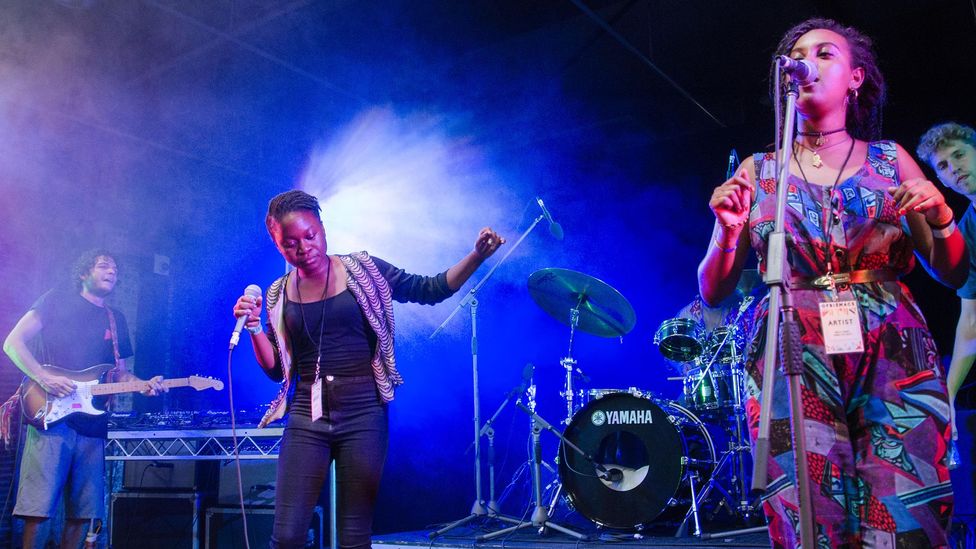 Though Sampa The Great has been exploring her roots, she's aware of her importance to Australian hip-hop (Credit: Alamy)

But Melbourne, Sampa grew up in Botswana, and left there at 18 to explore the US. Studying at San Francisco’s Academy of Art University, she moved around, making a stop in Los Angeles before a planned to return home. But off the back of advice from her sister, she moved to Australia in 2014, a country where she knew no one.

Music is Sampa’s raison d'etre, but her nomadic lifestyle became the centre of her spiritual journey.

When I walked outside I saw how multicultural [Australia] actually was. The hip-hop scene did not reflect that – Sampa The Great

While living in Sydney, she discovered the Australian hip-hop scene. In the US, she had performed a string of slam poetry shows. She always imagined making music for others, so began studying audio engineering at SAE. The industry “was male-dominated and it was definitely white, which was very interesting to me,” says Sampa. “Especially knowing hip-hop and its origins. But more so it didn't reflect Australia or what I saw as a uni student.”

During this time, what’s affectionately referred to as ‘Larrikin rap’ dominated the Australian charts. Characterised by young white men seen as good-hearted mavericks, artists like Hilltop Hoods, Bliss N Eso, Pez, and 360 wrote songs about trips to music festivals and drinking beers in the sun.

“When I walked outside I saw how multicultural [Australia] actually was,” Sampa continues. “The hip-hop scene did not reflect that. [Something] I didn't see was black female hip-hop artists.”

In 2014, Sampa added Great to her stage name. The suffix would serve as a reminder whenever the outsideworld felt like it was closing in around her. But the release of her debut The Great Mixtapein 2015, didn’t just signal the start of an unexpected career change, but the dawn of a new age in Australian hip-hop. 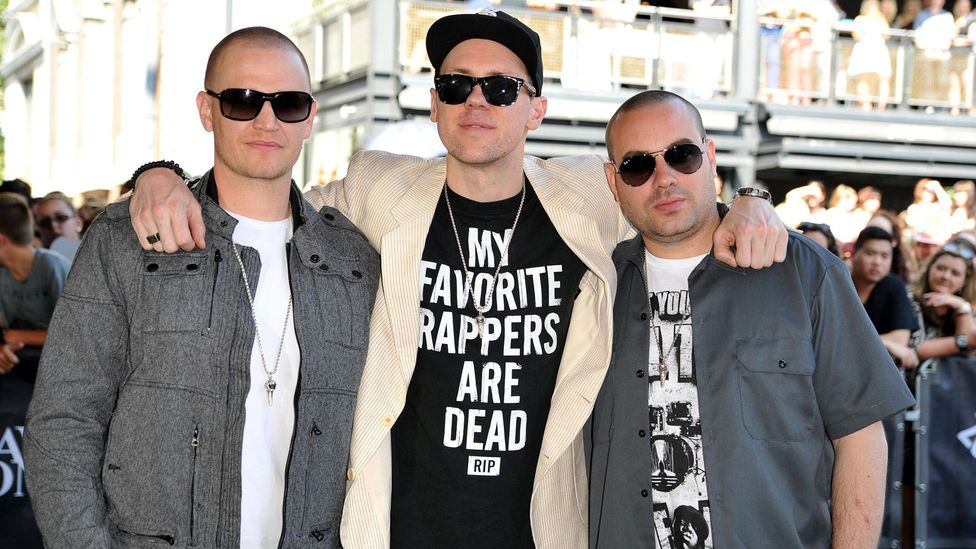 Fellow Australian Iggy Azalea’s rise to mainstream success saw her claim a one-two US Billboard chart position last held by The Beatles. But while the rest of the world was enamoured with Azalea, whose pop-rap crudely parodied black women from the southern states, she was destined to fizzle out by the end of 2018. Australian hip-hop, meanwhile, was simultaneously going through a metamorphosis.

Sampa bore witness to this, and in one fell swoop became a part of a scene involving indigenous rappers such as Briggs, Baker Boy, and Brothablack, as well as rappers coming to Australia from other countries, such as Manu Crooks, Jesswar, and Kwame. But even as Sampa’s acerbic bars became entrenched in the Australian hip-hop music scene, she felt like something was amiss.

“Everything to do with Sampa The Great professionally started out here in Australia but I was born and raised in Botswana and Zambia,” says Sampa. “And to not have those two worlds meet caused a lot of frustration that resulted in me not being content [despite] really amazing things happening in my career. I was not home.”

I just wanted those two worlds to be connected, but also the journey of why those two places are separated to be talked about – Sampa The Great

There is African iconography in Sampa’s work, but her identity had been tied to a place that didn’t feel like home. “Usually when you look at the news, all these Sampa The Great stories [have] Australia behind my name.” And in an attempt to connect her life in Australia and her position in the hip-hop scene to her home in Botswana and Zambia, Sampa recorded The Return. “I just wanted those two worlds to be connected, but also the journey of why those two places are separated to be talked about. The album takes you through that journey.”

Sampa’s discontentment isn’t unique, which is pivotal to the overarching journey of her record. The 10-minute long title track The Return is a sprawling examination of displacement featuring Brooklyn rapper Whosane, Hiatus Kayiote's Silent Jay, Zimbabwean-born artist Thando and the mysterious Alien.

“You know after that session we broke down actually, we all cried,” Sampa admits with a wry laugh. “[Identity] is a topic that is really deep especially to the diaspora. It’s a no-go area for some so I was just happy that people were able to be super vulnerable knowing that the world would share their stories and their pain. For me, I didn't want the topic of home to just solely be on my story. Throughout the album, you hear my journey and my story of home, but it's not the only story. It's a branch of a really big tree, and so with The Return, we actually stepped down with a lot of our friends and a lot of our communities who struggle with ‘home’.” 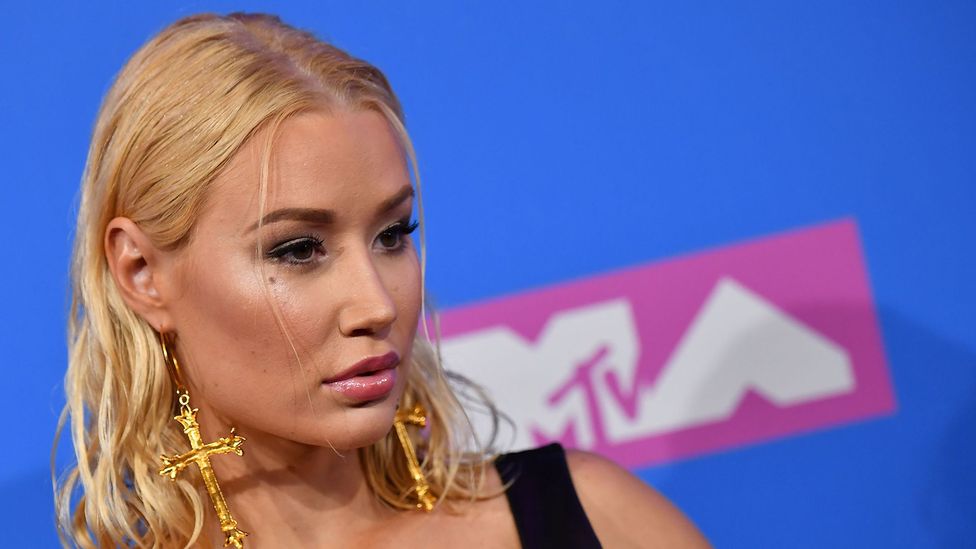 For many people in Australia, the idea of home is a foreign feeling. Australia’s increasingly draconian immigration policies, refusal to cede sovereignty to indigenous people, and an at times combative and racist atmosphere have severed that connection. “There are people who can't even go home or people whose home we're on, who don't feel like they're ‘home’,” Sampa laments. Confining asylum seekers to offshore detention centres, the Australian government recently reiterated their dedication to a hostile approach.

Even though Sampa wants her African roots to be at the forefront, she understands her importance to Australian hip-hop. “I know that representation-wise, I’ve definitely added my stamp to the spectrum,” says Sampa. But she wants more for the hip-hop artists in her adopted home. “We don't want to just be seen or heard [but] we want to create avenues [to ensure] that this is not a trend for us.”

The Return isn’t just a meditation on diaspora, discontentment, and homesickness, but a celebration of her family. The opening track, Mwana, features Sampa’s mother and her sister Mwanje. “I mean, we sing [together] all the time anyway,” Sampa cackles. “We've been performing for our parents in our living room since we were young so it was really beautiful.” Her sister isn’t just a guest feature but the impetus and inspiration behind Sampa’s ambassadorial role for young Africans in Australia, which at first terrified her.

“I didn't know the history of anything of the country itself, or the hip-hop scene, and I felt like this ambassadorial role was being thrust upon me,” she says. The first interlude of the album, Wake Up, a recorded voicemail from a friend pinpoints this moment. “Your phone's still off,” the voicemail begins.

“Listen, I get what you're dealing with a hundred percent

And it's really hard and it's rough

And you're black in the music industry, no less

This is just how it is

You just have to be able to deal.” 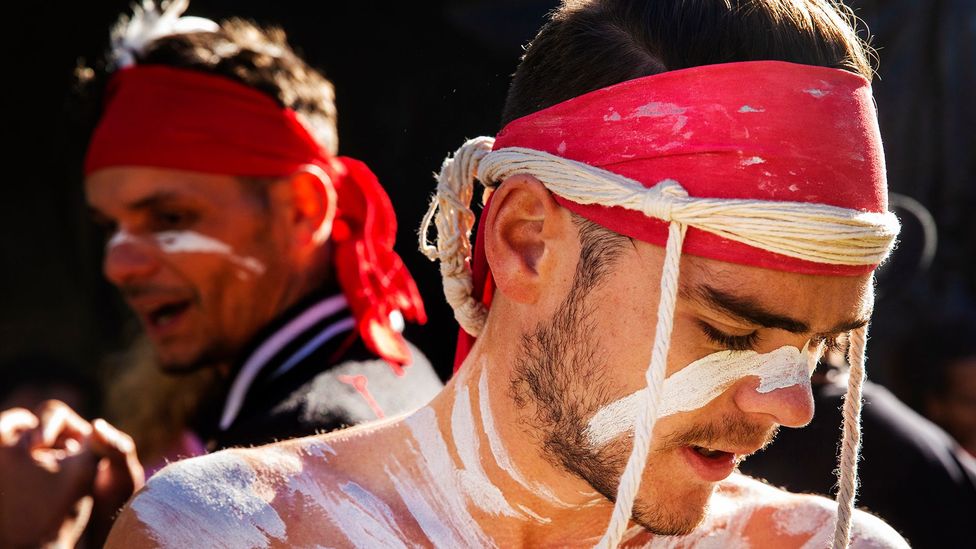 “That’s her talking to the pressure I received as a black artist here,” Sampa says. “The responsibility that comes with that is really huge [but] I think I have a new perspective now that my sister is here. Just having that perception of someone close to me, and knowing that, that the ripple effect of [my presence] would affect everybody else for me helped me deal with that pressure.”

Sampa might be better at dealing with the pressure of her ambassadorial role but with the burgeoning success of The Returnacross the world, she’s aware of her lifelong political journey.

“I don't choose to do any political music,” she tells me. “My life is political. This is the life experience of a black woman and because there's not that much representation in hip-hop, it will automatically be political.”