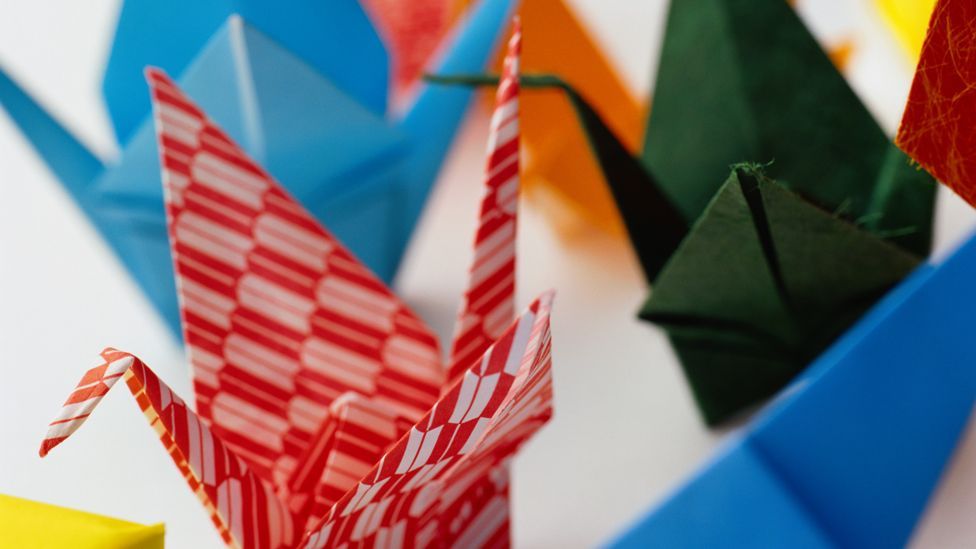 By Philip Ball 20th February 2012
What shape is your genome? A sphere? A nondescript blob? A helix maybe?
T

This may sound like an odd question to ask, but it is actually central to understanding how our genes – those units of information we inherit from our parents that define everything from eye colour to our susceptibility to certain diseases – work.

In the years since the Human Genome project revealed our genetic blueprint, when the option of owning your personal sequence seems just round the corner, DNA is often presented as a string of chemical information that can be played like a tape. Pop it in the machine, hit the play button and you can understand the human body’s innermost secrets as easily as you can hear a Bruce Springsteen track on your cassette player.

But this is far from a perfect analogy (and not only because younger readers may never have come into contact with a cassette tape). In fact DNA looks more like a tape that has become unwound and scrunched up into a ball.

It forms this compact shape for a very good reason. If you removed all the DNA from your body and stretched it out, it would extend to the moon and back almost 150,000 times. So to fit into cells, DNA needs to be wrapped and packaged tightly in structures known as chromosomes. This packing is true for humans or indeed any higher organism, from insects to elephants.

But unlike an untidy, crumpled tape, the body does this packing in careful and precise ways – leaving certain genes accessible, whilst others are hidden. Your cell’s behaviour is controlled by this shape – and therefore by the packaging machinery itself – as much as by the messages the genes contain themselves. This is clear from the fact that genetically identical cells in our body carry out completely different roles. The difference between these cells – whether in the liver, brain or skin – is the way genes are activated or silenced. And this is a result of the finer details of how your genome is folded – its shape.

We also know that this switching between different cell types is at least partly reversible – something that has exciting medical possibilities. The idea that we could somehow coax, say, a skin cell into being a sperm or heart cell for the purposes of cloning, stem-cell therapies or tissue engineering, is one of the prime reasons why it is important to understand the principles behind the organisation of folding and shape in our chromosomes.

Some of these principles have now been uncovered in a three-dimensional map of the fruit fly’s genome, constructed by two teams from the Institute of Human Genetics in Montpellier, France, and the Weizmann Institute of Science in Israel. Why look at flies? It is because their genomes are smaller and simpler than the human version – but not too small or simple to be irrelevant to it – and also because the fly is genetically the best studied and understood of all the higher creatures.

So constructing this map is far from the arcane exercise it might seem – it is a significant step in revealing how genes really work.

It is no surprise that they discovered the fruit fly genome is carefully folded and organised, rather than just scrunched up any old how. But what is interesting is just how organised it is, and how that organisation is arranged.

The chromosomes are structured and partitioned on many levels, rather like a city. There are certain “neighbourhoods” of genes – known as “domains” - that do particular jobs. These are sharply demarcated from one another by distinct boundaries– as if each neighbourhood has been surrounded by a wall. In reality these areas are separated by so-called “insulator” proteins clinging to the DNA. Elsewhere, the 3D map shows that active genes cluster together in the same neighbourhoods, as do inactive genes, like disused shops in a run-down corner of town.

What is more, certain neighbourhoods tend to correspond with parts of the genome that are tagged with chemical markers that are known to modify the activity of genes. It is as if all the buildings in that particular neighbourhood all have yellow-painted doors. The new map of the genome suggests there is apparently some benefit for the smooth running of the cell if the folds of the chromosome are arranged in a way that reflects and reinforces this chemical coding. But – as with so much science – it is not yet clear why.

It will take a lot more work to figure out how this three-dimensional organisation controls the activity of the genes. But the better we can get to grips with the rules, the more chance we will have of imposing our own plans on the genome. If we can, then it opens up exciting possibilities for tackling diseases such as cancer using genetic engineering.

This is currently done by a complex process of cutting, pasting and editing the genetic text of DNA to replace or silence a faulty gene. But understanding the shape of your genome opens up the possibility of silencing or awakening genes with the genetic equivalent of origami.