Perplexing and – as yet – unexplained electrical effects found in mammals could offer clues to diseases that kill millions of people every year.

There could be something shocking going on in our bodies.  Well, perplexing at least. A team of mechanical engineers has found that the tough, flexible tissue that makes up blood vessels has surprising electrical properties – at least in pigs.

What this could possibly mean for us, I will come to later. But the reason this result is surprising is that the property in question – what scientists call ferroelectricity – is usually found in artificial crystals and synthetic materials  used for TVs, displays, computer memory and sensors.

This “switchability” is what makes these ferroelectric crystals highly sought after for the likes of liquid-crystal displays. The researchers who discovered this strange effect - Yuanming Liu and colleagues at the University of Washington, Seattle and the University of Boston - usually work on synthetic materials like these to build energy harvesting and storage devices.  But Liu knew that other unexpected electrical phenomena had been found in bone and other biological substances. And ferroelectricity was reported last year in the hard mineral coating of seashell. Li wondered whether soft biological tissues like blood vessels might show the effect too.

Shot to the heart

He and his colleagues took a thin slice of the main artery transporting blood from the heart, called the aorta, and placed it in a special microscope containing a sensitive needle tip. The tip detected the tell-tale signal associated with ferroelectricity, and what is more, they found that they could switch this polarization with an electric field.

Why on earth should any animal tissue be ferroelectric? Well, as I mentioned, the living world does make use of some unexpected material properties. Bone, for example, is piezoelectric, which as it happens is another useful kind of behaviour we rely on for everyday technologies. It is exploited, for instance, in pressure and vibration sensors like those in your computer keyboard, because piezoelectric materials produce an electrical charge when pressure is applied to it. It seems that bony creatures use this principle too: the electrical response to squeezing of bone helps tissues gauge the forces they experience. In seashells, meanwhile, piezoelectricity helps prevent cracks and fractures by dissipating the energy of a shock impact as electricity.

OK – but ferroelectricity? Who needs that? Engineers Bin Chen and Huajian Gao have speculated that the property might provide another way for the tissue to register forces, and perhaps monitor blood pressure. Or perhaps the property could sense blood temperature (because ferroelectricity is temperature-sensitive), or, as in seashells, disperse mechanical energy and prevent damage. Or maybe it could even act as a sort of “tissue memory” in conjunction with nerves. Liu, meanwhile, speculates that ferroelectricity switching might alter the way cholesterol, sugars or fats stick to and harden blood vessels.

Notice, though, how these researchers have no sooner identified a new characteristic of a living organism than they start to wonder what it is for. The assumption is that there must be some purpose: that evolution has selected the property because it confers some survival benefit. In other words, the property is assumed to be adaptive. This is a good position to start from, because most material properties of tissues are indeed adaptive, from the flexibility of skin to the transparency of the eye’s cornea. But it is possible that ferroelectricity could be just a side-effect of some other adaptive function of the tissue – a result of the way the molecules just happen to be arranged, which, if it does not interfere with other functions, will go unnoticed by evolution. Not every aspect of biology has a “purpose”.

All the same, tissue ferroelectricity could be handy. If Liu is right to suspect that ferroelectricity can influence the way blood vessels take up fats, sugars or lipids, then switching it with an applied electric field might help to combat cardiovascular conditions that result from build-up, such as thrombosis and atherosclerosis. If true, then what seems like an esoteric phenomenon could help tackle conditions that kill millions of people worldwide every year. 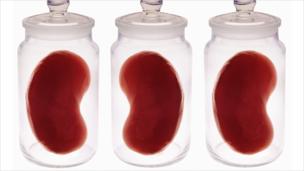 Will we ever... grow organs? 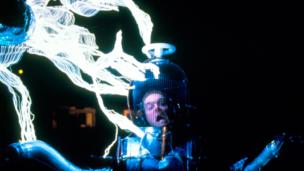 Power from the people