Scientists have tried various experiments to prove or debunk this common folk story.

“You’ll catch your death of cold”, my grandmother always used to warn me, if I ever dared to leave the house on a winter’s day without drying my hair properly. For centuries there has been an idea across many parts of the world that you will develop a cold if you are exposed to low temperatures, particularly if you get wet as well. We even use the words “cold” or “chill” to describe the combination of a sore throat, runny nose and cough that you end up with.

But, as any doctor will tell you, the common cold is caused by a virus. So if I have just washed my hair, but I really need to leave the house urgently, should I worry about my grandmother’s warning?

Living in Britain, I will naturally begin by examining the weather. Studies in Germany and Argentina have found a higher incidence of colds in the winter, while in warmer countries such as Guinea, Malaysia and the Gambia peaks have been found during the rainy season. We could conclude from these studies that cold or wet weather causes colds, but there is an alternative explanation. When it is freezing or raining we spend more time indoors in close proximity to other people and their germs.

So what happens when we get cold or wet? Scientists have set up experiments under laboratory conditions where they lower the temperatures of volunteers and deliberately expose them to a cold virus. But overall the studies have been inconclusive. Some studies found the chilly group were more likely to succumb to a cold, others found they were not.

However, a study conducted in a different manner offers the intriguing suggestion that there could be some truth to the saying.

Ron Eccles, director of the Common Cold Centre in Cardiff, UK wanted to know whether getting cold and damp activates the virus, which then sets off the sneezing and streaming. To do so, people were chilled under laboratory conditions, but then they returned to their real lives and mingled with people, including those who had a cold virus present in their nose or throat without becoming ill with symptoms.

Half of Eccles’ volunteers had to sit with their feet in cold water for twenty minutes, while the other half kept their socks and shoes on, but sat with their feet in an empty bowl for the same length of time. There was no difference in the cold symptoms reported between the two groups in the first few days, but four to five days later twice as many people in the cold-water group said they had developed a cold.

For this to make any sense there needs to be a mechanism by which getting chilled feet, or for that matter wet hair, could give you a cold. One theory is that when your body gets chilled the blood vessels in the nose and throat constrict. These same vessels deliver infection-fighting white blood cells, so if fewer white blood cells reach the nose and throat your defences against a cold virus are lowered for a short time. When your hair dries off or you go indoors your body warms up again, your blood vessels dilate, and the white blood cells continue to fight the virus. But by then it could be too late and the virus might have had enough time to replicate and trigger the symptoms.

So although we talk about “catching a chill”, the chilling has not given us the cold, but might have activated a virus already present at the back of the throat. Bear in mind though, that this area is still controversial, and Eccles’ study only demonstrated that more people who had been chilled said they had cold symptoms. No medical tests were done to confirm that they were definitely infected with the virus.

One final point is that there is a curious parallel with Norwegian health folklore, which says that women are more likely to develop cystitis when the weather is cold.  Researchers found that cooling people’s feet did seem to activate cystitis in some women, suggesting that the same process might be occurring in the urinary tract, as in the blood vessels of the nose and throat.

So there might well have been some truth in my grandmother’s advice not to go out with wet hair. It will not give you a cold, as she said, but it might trigger one. In the meantime, until more research is carried out I think I will dry my hair before I go outside. 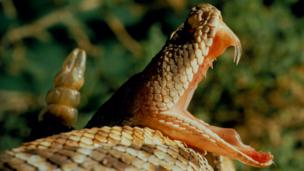 Can peeing ease a snake bite? 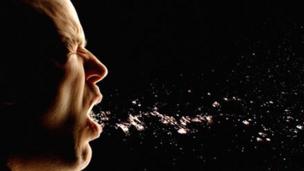 A cure for the common cold?
Around The BBC