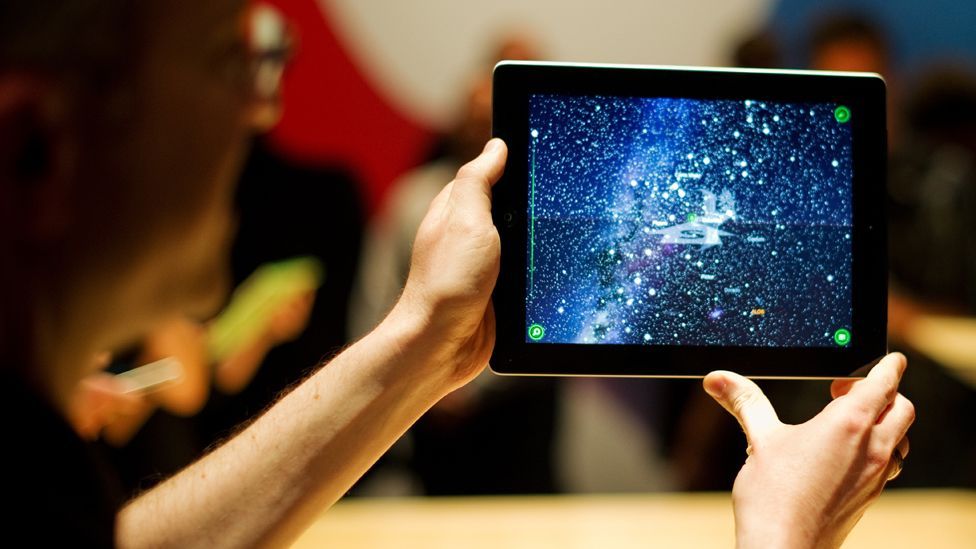 By Gaia Vince 8th March 2012
The new iPad launched yesterday amid its usual fanfare. But could dwindling supplies of a crucial component make such events a thing of the past?
A

Another iPad launch, another event filled with intense anticipation and speculation. This time Apple’s CEO Tim Cook revealed that the latest iteration of iPad will feature a high-definition screen, and no doubt its competitors will rapidly follow suit.

But there is a problem looming on the horizon for fans of the latest tablet computers, not to mention smart phones and flatscreen TVs.  Whether it is on the shiny new iPad, computer or phone, the chances are that you are reading this article through a screen laced with one of the rarest metals on Earth: indium. And analysts are warning that global supplies of indium could be exhausted as soon as 2017. So how will we live without the gadgets that we have come to depend on?

Such a prospect might not seem as alarming as running out of essential commodities, such as food or water. But over the past few decades digital displays have become so enmeshed in our lives that they are integral to our social interactions and livelihoods from rural East Africa to the offices of Wall Street. I have met Kenyan fisherwomen trading their wares via SMS to clients based hundreds of kilometres away – an opportunity that depends on indium just as much as my need to read these words I am typing on my computer monitor.

Though it was discovered 150 years ago, indium’s remarkable qualities have been harnessed only recently to create wafer-thin electrodes. It is a very soft silvery metal that can be painted onto glass because unlike other soft metals, such as mercury, it wets the glass rather than forming beads. (Another curious property of indium is that when you bend a rod of the metal, it issues a high-pitched crackling sound, known as its “cry”.)

Indium is most useful, however, when it is manufactured into indium tin oxide, or ITO. The reason you cannot see it is because when indium reacts with oxygen, it becomes transparent. This, plus its tremendous ability to conduct electricity, allows our mobile phones to be smarter, our TV flatscreens to be larger and our tablet computers to be more sleek.

As a result, the price of indium has rocketed in recent years – it went from $60 per kilogramme in 2003 to $1,000 in just three years – giving rise to a whole new indium smuggling industry, primarily out of China. And there is no let up on our demand for hi-tech displays – there were more than 1.5 billion mobile phone handsets alone sold in 2011, one of which was to me.

But the supply of indium cannot meet our voracious demands. Indium is harvested as a byproduct of zinc mining because this so-called "hitchhiker" metal exists almost entirely in trace amounts inside deposits of other ores such as zinc and lead – sometimes as little as 1 part per million. And because indium is not mined in its own right, greater demand for it won't necessarily lead to more being mined, according to Robert Ayres, a physicist and economist at INSEAD business school in France. "Most of the indium is just single atoms stuck inside rock that can never be utilised," he says.

If the most gloomy predictions for indium are true, Ayres says the only solution is to increase recycling efforts. Because of its value, the indium recycling market is already bigger than primary production.

But a single monitor screen typically contains less than 0.5 g of ITO, so recovering such a tiny amount from electronic products is expensive and energy-intensive. "I call indium a “spice metal”, because it's sprinkled into products in a way that makes it almost impossible to recover," says Armin Reller, a materials physicist at the University of Augsburg in Germany.

So what other options do we have to indium? Finding a material that is transparent, light and conducts electricity as efficiently as ITO is a big challenge, but there are some candidates. So-called non-stochiometric tin oxides, which use the far more abundant aluminium, are one option that could be incorporated fairly easily into current manufacturing set-ups. The problem is that they do not perform as well as ITO and that tin is itself running out, with reserves estimated to last another 20-40 years.

Researchers in Germany and Japan are working on a flexible polymer-based material called PEDOT, which when doped with various chemicals becomes more transparent and a better conductor. Again, the polymer relies on non-renewable oil or coal supplies.

What’s desperately needed is a sustainable alternative, and the best solution could come in the shape of a remarkable material called graphene, the subject of a recent Nobel Prize. Like pencil-lead and diamonds, graphene is yet another form of carbon, one of the most abundant elements on Earth. Graphene's carbon atoms are arranged in a flat sheet of hexagons, like chicken wire, and this structure makes it the strongest known material and can conduct electricity as well as copper. And because graphene is just one atom thick, it is almost transparent.

Graphene may be one of the most versatile materials ever discovered – with an endless list of possibilities ranging from miniaturised computer chips to high-capacity batteries (and believe it or not for making extra-strong vodka). But one of its most-desired applications is to roll it up into carbon nanotubes and use it in touchscreens, as it offers several advantages over ITO. Graphene is more stable, so it will survive better in applications where the product will be subjected to constant physical force, such as regular finger-pounding. And graphene's superior flexibility means that it can be shaped in various configurations – you could create a spherical touchscreen, for example.

So why have we not already moved from ITO to carbon? Mark Hersam, a carbon nanotubes pioneer at Northwestern University in Illinois, believes we're waiting for an industry tipping point. "There's tremendous inertia in the electronics sector because the entire industry is modelled around ITO. Big companies like Apple are wedded to the ITO manufacturing processes and will need to invest substantially to start using carbon," he says. However, as the price of indium goes up and it becomes harder to get hold of, there is likely to be a switch."

With solar cells and electronics all competing for the same rare metal, industry is already under increasing pressure to start using a different material, whether that's another metal oxide or novel carbon chicken-wire. Looking through the breathless coverage of the iPad 3 launch on my phone, one thing is for sure: our unwavering enthusiasm for touchscreen/display-screen technologies means we desperately need to find alternatives soon.