A familiar scent triggers childhood memories for our brain columnist, prompting him to wonder what is going on in his head.

The toy cupboard at my grandmother's house had a particular smell. I cannot tell you what it was, but sometimes now, as an adult, I will catch a whiff of it. The smell brings with it memories I thought were lost, memories of visits to my grandparents' house, of my grandmother, and of playing with the toys from the toy cupboard. But why do smells have this power to unlock forgotten memories?

Neuroscience is a lot like a detective story – we have to look for clues to reveal the cause. But before we examine the clues, what background information do we have about the case?

What we know is that smell is the oldest sense, having its origins in the rudimentary senses for chemicals in air and water – senses that even bacteria have. Before sight or hearing, before even touch, creatures evolved to respond to chemicals around them.

Sight relies on four kinds of light sensors in the human eye, cells known as receptors, which convert light into the electrochemical language of our brain, and touch relies on different receptor types for pressure (at least four of these), for heat, for cold and for pain, but this pales into comparison for what is required for detecting smell. There are at least 1,000 different smell receptor types, which regenerate throughout your lifetime, and change according to what you are used to smelling. The result of this complexity is that we are able discriminate many, many different kinds of smells.

We do not, however, have names for all the smells we can differentiate. Smell is perhaps the sense we are least used to talking about. We are good at describing how things look, or telling how things sounded, but with smells we are reduced to labelling them according to things they are associated with ("smells like summer meadows" or "smells like wet dog", for instance). An example of this “hard-to-talk-about-ness” is that while we have names for colours which mean nothing but the colour, such as “red”, we generally only have names for smells which mean the thing that produces that smell, such as “cedar”, “coconut” or “fresh bread”.

Although they can learn new skills, like riding a bike, and new facts, like what someone is called, they do not create memories of doing these things or having the experiences. This “episodic memory” is precisely the kind of memory I have when I recall visits to my grandmother. And the olfactory bulb, seat of smell in the brain, is conveniently placed just next to the hippocampus, the primary brain nucleus for these memories.

Now, admittedly, this evidence is powerful, but circumstantial. We have the suspect (smell) placed at the scene of the crime (next to the hippocampus). But we are going to need more than circumstantial evidence if the case is going to stand up the scientific court. I hope my next piece of the evidence, a second clue from neuroscience, will convince you as to why smells are so powerful in unlocking memories.

Smell is unique among the senses in that it enters directly deep into the brain. If we look at the major pathways travelled by the other senses, such as hearing and vision, they start at the sense organs – that is, the eyes or the ears – and move to a relay station called the thalamus, before passing on to the rest of the brain.

With smell the situation is different. Rather than visiting the thalamic relay station on its journey into the brain, smell information travels directly to the major site of processing – the olfactory bulb – with nothing in between. We do not know what stopping off at the thalamus does for the other senses, but it certainly means that signals generated in the other senses are somehow “further away” from the nexus of processing done in the brain.

Could this be part of the reason why smells are both hard to put into words, but also able to trigger deeply hidden memories? Memory research has shown that describing things in words can aid memory, but it also reduces the emotion we feel about the subject. When we come up with a story about our memories, we start remembering the story as much as the raw experience.

So with my grandmother’s toy cupboard, that particular, unique, smell was picked up by the complex smell receptors in my young nose. The smell experience of the cupboard, which I have never found a name for, travelled directly into my brain, lodging next to the part specialised for encoding experiences. There it got entangled with the other memories of the cupboard, untouched by language, difficult to think about on purpose, but still lodged in my memory. Now, years later, the smell is not only enough to relive that experience but it is also enough to pull out the rest of the memories along with it. 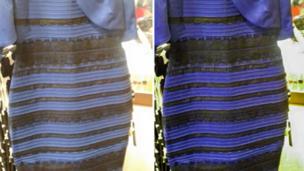 Do we all see the same colours? 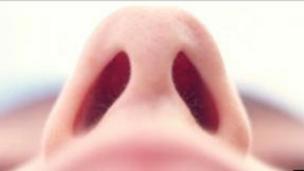