When things get intimate, what are the chances of getting pregnant... or even dying of a heart attack?

Sex: everyone - well almost everyone - does it. But like so many other fun activities, it carries its fair share of risks. Unwanted pregnancies and getting a nasty disease are the obvious ones, but there is also the risk of having a heart attack, getting injured when the bed collapses, even the chance of arrest in flagrante in a public place.

So, what appears to be a simple act (for some, at least) is actually rather more complex. And that means we can begin to look for juicy numbers to find out just how risky things are in the bedroom.

Let us start, as most of us did, with simple, unprotected sex between a man and a woman, and ask: what is the chance of it ending in a pregnancy? This, for understandable reasons, is rather difficult to study under laboratory conditions – a New Zealand study in which participants were only allowed to have sex once a month suffered, unsurprisingly, with a high dropout rate.

Perhaps the closest we have to a robust figure is from a European study that recruited 782 young couples who did not use artificial contraception and who carefully recorded the day of every act (and there were a lot of them) until there had been 487 pregnancies. The simplest way to estimate the chance of pregnancy was to consider only cycles in which there had been only one act of intercourse. Peak times for pregnancies seemed to occur two days before ovulation – the chances of getting pregnant during this time was around 25%, confirming previous estimates. But the chances drop fairly steeply either side of the peak, to a 5% average over the rest of the cycle.

The bottom line is that a single act of intercourse between a young couple has on average a one in 20 chance of pregnancy – this assumes the opportunity presented itself on a random day, as these things tend do when you are young.

So, given this, what are the chances of success for an average couple trying to have a child? People who study how populations change are called demographers, and they use the rather academic term to describe the chances of becoming pregnant during one menstrual cycle: “fecundability”.

This, of course, varies between couples, but the estimated average is between 15% and 30% in high-income countries. Taking this lower figure we can estimate that for an average couple trying to have a child, there is an 85% chance of finishing each month without conceiving. If we assume each month is the same and independent, then there is a 0.85 x 0.85 (multiplied 12 times) chance of not getting pregnant in a year of trying, which is 14%.

So, in other words, fecundability of 15% means a 100 – 14 = 86% chance of getting pregnant in a year. A figure of 90% is often quoted as the proportion of young couples who will be expecting a child after a year without contraception, which corresponds to a fecundability of 18%.

But suppose you do not actually want to get pregnant – how effective are different types of contraception?

This is generally expressed as pregnancy rate following one year of use, and strongly depends, of course, on the care with which precautions are taken.  Devices such as the contraceptive pill, intrauterine devices, implants and injections are quoted as being 99% effective, so that less than 1 in 100 users should be pregnant after a year. Male condoms are around 98% effective if used correctly. And diaphragms and caps with spermicide are said to be 92-96% effective, which means that between 4 and 8 women using them will end up pregnant each year.

Such figures are particularly important when trying to minimise the incidence of unwanted teenage pregnancies. In 1998 in England 41,000 girls aged 15-17 conceived. That is 47 in every 1,000 girls, or 1 in every 21 – or to put it in more stark terms, one girl in every average-sized school class. The UK government’s efforts to halve this rate by 2010 only partially worked; by 2009 the headline figure had dropped to 38 per 1,000 girls, a 19% drop instead of their 50% target.

Forty-nine percent of these teenage pregnancies end in abortions, but that still leaves many actual teenage births. In a 2001 UNICEF report, the UK had the highest rates in Europe with 30 births per women aged 15 to 19, with only the USA exceeding it among high-income OECD countries, with 52 births per 1,000. This is in staggering contrast to countries such as Korea, Japan, Switzerland, the Netherlands and Sweden, which all have birth rates of fewer than seven per 1,000 teenagers. The Netherlands is just over the channel from the UK and yet their youth clearly have a very different approach to sex.

Finally, we should never forget the risks of such an energetic pursuit. Last year, researchers estimated that 1 in 45 heart attacks are triggered by sexual activity.  Luminaries such as Nelson Rockefeller, Errol Flynn, President Felix Faure of France, and at least two popes, are said to have succumbed in this way.

Solo sexual activity used to be associated with blindness and stunted growth, for which there is a limited evidence-base to say the least. But if it involves asphyxiation it is not recommended for the cautious, with numerous fatalities recorded, including the actor David Carradine, singer Michael Hutchence and a UK Member of Parliament. One study recorded as many as 117 deaths from just two provinces in Canada.

The moral of all this is, possibly, that sex can be just as much about risk as morality. 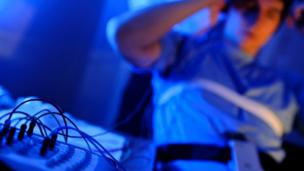 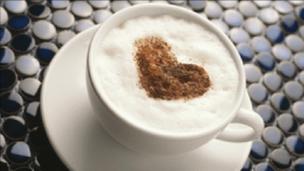 Sex and coffee 'trigger stroke'
Around the BBC