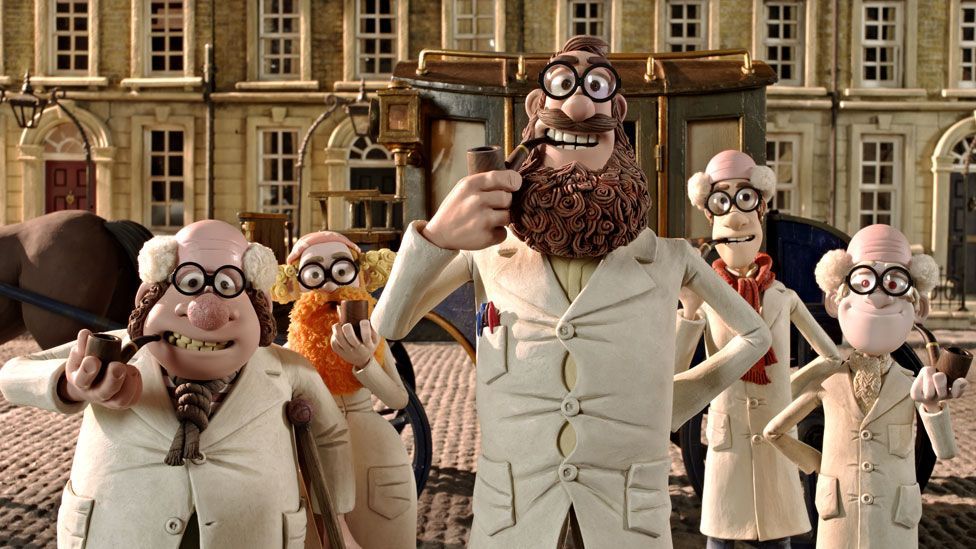 By Quentin Cooper 13th April 2012
Why have the makers of Wallace and Gromit decided to rebrand their latest film in the US so that it does not include the word “scientist”?
W

Whatever you call it, it’s feverishly imaginative and fantastically funny, with a monstrously high ratio of ho-hos to yo-ho-hos.  But when The Pirates: Band of Misfits opens in US cinemas this month it will be missing something from its British release. Scientists.

There are no scenes deleted or characters excised, and each features a wonderfully off the wall portrayal of Charles Darwin as voiced by David Tennant (either the last but one Dr Who or perhaps the finest Hamlet of a generation depending on where you’re coming from). On both sides of the Atlantic it’s exactly the same Aardman hard act to follow, with dazzling animation, an ingeniously ludicrous plot and non-stop visual and verbal punning. It’s just that in the UK, where it was made, it’s called The Pirates!  In An Adventure With Scientists.

Which is the same title as the book by Gideon Defoe it’s adapted from. And since he also co-wrote the screenplay, and since (without giving too much of the story away) it is an adventure predominantly involving pirates and scientists, you can see the reasoning for sticking with the original. So why in the USA has “Scientists” become “Misfits”?

A spokesperson for Aardman says that Defoe's book doesn’t have “the same following outside of the UK” so there was no need to stick with the original title, whilst Hugh Grant – another actor who lends his voice to the film – claims the studio “didn't think the Americans would like the longer title.” But is there more going on here?  Is it simply that scientists have become misfits – or at least a misfit with the notions about fun and entertainment you want to project when trying to attract people to a new movie?  Is it still unthinkable that scientists have adventures?

At one level it seems like nit-picking. I don’t remember philosophers objecting when they were transmuted into sorcerers for the American release of the first Harry Potter film. And of course individuals and organisations realise that people who do science are important. All the signs are they are more aware than ever of the impact they make on lives, businesses, economies and the planet, whether it is receiving life-saving surgery or driving a more fuel efficient car. Surveys, such as those carried out by the US National Science Foundation find that people value science and scientists almost above all other professions.

On top of that there’s probably never been a time where we’ve had so many captivating presenters of popular science shows on television or so many broadly positive depictions of scientists in films. OK, so not all the scientists on TV are good presenters and not all the good presenters are scientists. And Hollywood remains far fonder of scientists who are geeky, freaky or downright mad that it is of ones who are normal and likeable. Still, it’s a lot better than it used to be when almost every movie scientist was crazy – either in a look-how-goofy-they-are way or a take-over-the-world way.   Now at least some of the time we have scientists on our screens who you can admire and root for. Even occasionally scientists who are the heroes.

This gradual acceptance and reversal of fortunes in science is, in part I suspect, down to projects like the Science and Entertainment Exchange. This US National Academy of Science project started in 2008 and aims to link scientists and engineers with movie and television-show makers.  Its ambition is to “create a synergy between accurate science and engaging storylines in both film and TV programming.” It’s this kind of project you, and frustrated scientists, can thank for more accurate – or less misleading - portrayals of science in everything from the Green Lantern and Thor to Tron Legacy and the Big Bang Theory.

However, none of this explains Aardman’s decision. There are of course various theories doing the rounds. One suggests that the animator is a “national treasure” here in the UK, is known for its [very British] eccentricity and therefore we are more tolerant of its whims...and seemingly its film titles. Sounds reasonable. Another theory suggests that the film title was dropped in the US because the film makers did not want to risk offending – and, presumably not selling tickets to – the considerable proportion of the US population who do not accept the theory of evolution. After all, Charles Darwin is the grand daddy of evolution. Again, plausible if hardly enlightened.

However, I believe there is a more simple explanation: what is fixed, and problematic, is that word “scientist”.  According to the complete Oxford English Dictionary, the first recorded use of the word dates back only to the 1830s, coined to solve a problem of what to collectively call the various geologists, biologists, chemists and others attending the annual gatherings of the British Association for the Advancement of Science. Various other permutations like sciencer, scientiate and scientman were considered, but according to reports from the time “some ingenious gentleman proposed that, by analogy with artist, they might form scientist”, although strictly speaking you should go from science to “sciencist” - that T is effectively down to the original proposal from the “ingenious gentleman” and means scientists share more with artists than they might realise.

Right from the start many great men of science – and back then it was almost exclusively men – were uncomfortable with the term. Even Darwin, the real one as opposed to the comedy version in the Aardman film, avoided using it, preferring to call himself a “naturalist”.

But somehow it stuck, meaning scientists share more with artists than they might realise.  But that is where the common ground ends. Nearly two centuries after its inception, it’s a word that Hollywood seems reluctant to use. Look at the number of movies on the film website IMDB with “scientist” in the title and its slim pickings. It’s a word that – in the words of Jennifer Ouellette, director of the Science and Entertainment exchange – conjures up images “of the mad scientist or the dweeby nerd” that “dress funny, have no social skills, play video games, long for unattainable women”. Now that may make perfect material for a clay animation, but it is hardly an easy sell in marketing terms.

The fact is that science and scientists, no matter how much they contribute to our lives, are still not seen as cool or worthy of a Hollywood poster. Which is sad. It seems the word needs to morph its meaning, so it’s associated with something mysterious, creative and hip; something that seemingly comes naturally to artists. Scientists – the word, not the people – need rebranding and marketing before they appear in the brands and the marketing. Which is why in 2012 it’s still struggling to creep into the tail end of a title while the year’s big winner at the Academy Awards and the box office was The Artist.

(16/04) This article has been updated to include further information about the derivation of the word "scientist".