Loading
The Real Risk | Prediction
Coincidences: What are the chances of them happening?
Share using EmailShare on TwitterShare on FacebookShare on LinkedinShare on Whatsapp 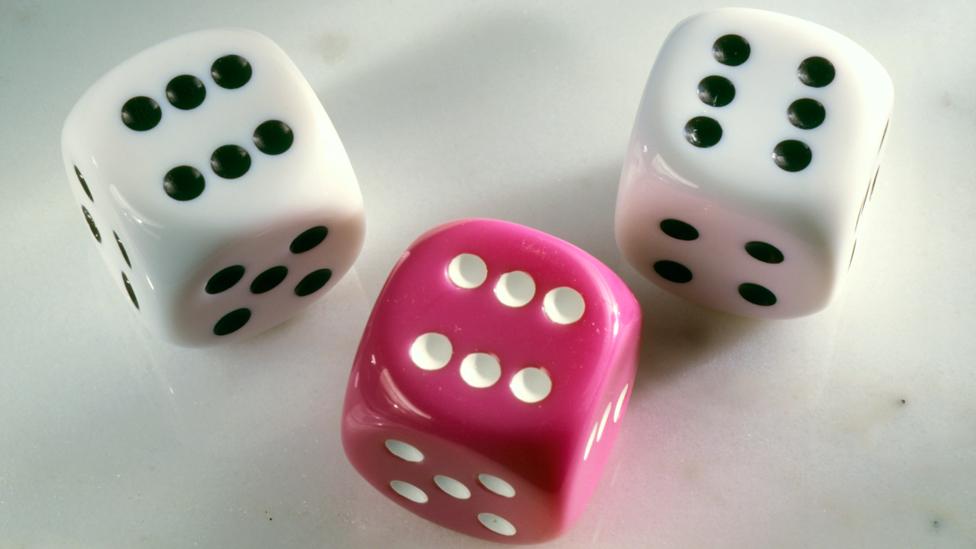 By David Spiegelhalter 26th April 2012
Our resident statistician explores the odds that can help explain seemingly bizarre chance events … and teaches you a few party tricks.
I

It is a small world, isn’t it? You are on holiday in the Pyrenees. You write a postcard to a friend at home and set off to post it. Then who should you meet but that same friend coming up the street. This not only saves you the cost of a stamp but it also provides a great holiday story – enough to make you think that something spooky is going on.

Similar coincidences happen all the time to someone, somewhere, making the plot-driving inventions of Charles Dickens seem almost plausible. Normally we statisticians deal with the dark underbelly of risk – accidents, deaths, disasters, general gloom and doom – but coincidences show the bright, fun side of the way chance plays out in our lives.

We should perhaps begin by exploring what exactly is a coincidence. It has been defined as a “surprising concurrence of events, perceived as meaningfully related, with no apparent causal connection”. Earlier this year, I invited people to submit examples of surprising concurrences to my website, and looking at over 3,000 of these extraordinary stories, it seems that they tend to fall into certain categories.

A chance event may be two things that happen at exactly the same time, for example, a parent and child whose letters to each other crossed after 37 years without contact. Or it could be meeting a familiar figure in some unexpected place, or finding some unexpected extra connection, such as the engaged couple who found they had been born in the same bed. Or it could feature objects: such as buying a second-hand picture frame in Zurich, and finding in its lining a 30-year-old newspaper cutting containing your own photograph as a child, or being on holiday in Portugal and finding a coat-hanger that belonged to your brother 40 years previously.

Why do these extraordinary events happen? Various strange forces have been put forward. Austrian biologist Paul Kammerer proposed that coincidences arise from a basic physical force, called “seriality”, though he dismissed as superstition any supernatural ideas that could, for example, link dreams to future events. In contrast, psychoanalyst Carl Jung revelled in paranormal ideas such as telepathy, collective unconscious and extra sensory perception, and coined the term “synchronicity” as a kind of mystical “acausal connecting principle” that not only explains physical coincidences but also` premonitions.

More mundane explanations are possible, though. First, some kind of hidden cause or common factor could be present – maybe you and a friend have both heard that the Pyrenees is a good place to go on holiday? Psychological studies have identified our unconscious capacity for heightened perception to a recently heard word or phrase, so that we notice when something on our mind immediately comes up in a song on the radio. And of course we only hear about the matches that do occur, not all the people you have spoken to with whom you had nothing in common, and indeed were pleased to get away from.

Simple chance can be a strange and unintuitive thing that throws up surprising concurrences more often than we might think, since truly random events tend to cluster – if you throw a bucket of balls on the floor they do not arrange themselves in a nice regular pattern. This produces some fairly brain-mangling results. For example, it only takes 23 people in a room to make it more likely than not that two have the same birthday.

Don’t believe me? There is some nice, fairly simple maths that allows you to work out how many people you need to have a good chance of a match for any characteristic. Suppose that any two people have a 1 in C chance of matching – for example, for an exact birthday match, C = 365.  Then to have a 50% chance of a match in a group of N people, it turns out that N needs to be around 1.2 √C.  For a birthday match, this means that we need around 1.2 √365 = 23 people.

This makes it easy to make money from people. Suppose you have 30 people together. Bet the group that two of them have a birthday within one day of each other. What are the chances you will win?

So, get these 50 people to choose a number at random between 1 and 400, and bet them that they will not all choose different numbers. Even if they choose completely at random, there is a 95% chance there will be a match. And people tend to choose particular numbers anyway – avoiding those ending in a zero, preferring odd numbers and so on – increasing the chance of match. However, although you may make money, you may also lose friends.

The final explanation for coincidences is what is called the law of truly large numbers, which says that anything remotely possible will eventually happen, if we wait long enough. Or to put it another way, even genuinely rare events will occur, given enough possibilities.

For any three people, say children in a family, there is a 1/365 x 1/365 = 1 in 135,000 chance of them all sharing the same birthday, and even more if there is some planning going on. This is clearly a rare event. But there are one million families in the UK with three children under 18, and so we should expect around eight families to have children with matching birthdays, and that new cases crop up around once a year. Which they do: new examples in the UK occurred on 29 January 2008, 5 February 2010 and 7 October 2010.

So given all this, it would be really strange if memorable coincidences did not happen to you.  But this may be difficult to keep in mind when you are walking past a phone box, it rings, you decide to answer it, and you find the call is for you. When this happens to someone, they remember it for years.

But just think of all the people you have ever known. Then think of all the people that you have had some connection with, such as attending the same school, being friends of friends and so on. It will be tens of thousands.  If you are the sort of person who talks to strangers, you will keep on finding connections. If you are not, then think: you might have sat on a train next to a long-lost family member, and never realized it.

In Depth
1Forecasting the news of tomorrow
2Why do we believe in luck?
Around the BBC