Loading
Under the Radar | Language
Colours: Differing points of hue
Share using EmailShare on TwitterShare on FacebookShare on Linkedin 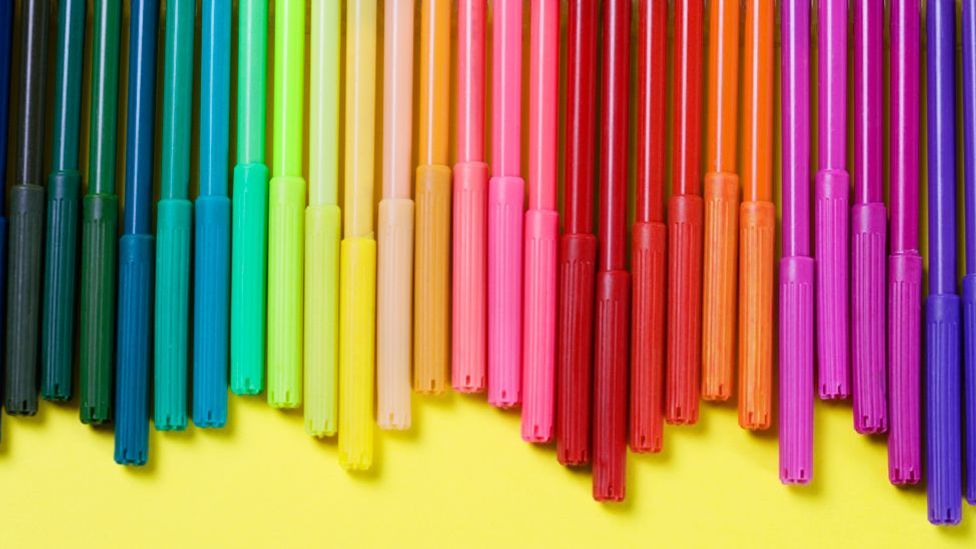 By Philip Ball 27th April 2012
A computer model reveals how the way we agree on names for colours is more complex than meets the eye.
W

We do not always agree about colour. Your red might be my pink or orange. Vietnamese and Korean people do not differentiate blue from green – leaves and sky are both coloured xanh in Vietnam. The late English artist and filmmaker Derek Jarman once met a friend on London’s Oxford Street and complimented him on his beautiful yellow coat. His friend replied that he had bought it in Tokyo, where it was not considered yellow at all, but green.

These overlaps and omissions are unnoticeable if they are part of your culture –but they can seem utterly bizarre if they are not.

We should not be too surprised by these cultural differences, though. The visible spectrum is not like a paint colour chart, neatly separated into blocks of distinct hue, but is a continuum in which each colour blends into the next. Why should we expect to agree on where to set the boundaries, or on which colours are the most fundamental? The yellow band, say, is as wide as the cyan band, so why is yellow considered any more ‘basic’ than cyan?

A new study by physicist Vittorio Loreto at the University of Rome “La Sapienza” and his colleagues argues that the naming of colours is not arbitrary. The researchers say that a natural hierarchy of colour terms arises from the interplay between our innate ability to distinguish one hue from another and the complex cultural negotiation out of which language itself appears.

In essence, this argument relates to the entire edifice of language: how it is that we divide the world into specific categories of object or concept that we can all, within a given culture, agree on. Somehow we arrive at a language that distinguishes “cup”, “mug”, “glass”, “bowl” and so on, without there being well-defined and mutually exclusive ‘natural’ criteria for these terms.

The researchers have not chosen randomly to focus on colour words. Colours have long been of interest to linguists, since they offer an ideal multicultural example of how we construct discrete categories from a world that lacks such inherent distinctions. Why do we not have a hundred basic colour terms like “red”, “blue” and so on, given that we can in principle tell apart at least this many hues (think back to those paint charts)? Or why do we not get by with just four or five colours?

In fact, some cultures do. The Dugum Dani people of New Guinea, for example, have only two colour words, which can best be translated as “black” and “white”, or dark and light. A few other pre-literate cultures recognize only three colours: black, white and red. Others have only a handful more.

The curious thing is that these simplified colour schemes are not capricious. For one thing, these colours tend to match the ‘basic’ colours found in more complex naming schemes: red, yellow, blue and so on. These colours also seem to be incorporated into a culture’s evolving vocabulary in a universal order: first black and white, then red, then green or yellow (followed by the other of this pair), then blue... So there is no known culture that recognizes, say, just red and blue: you do not tend to arrive at an expression for blue unless you already have black, white, red, yellow and (perhaps) green.

This universal hierarchy of colour names was first observed by anthropologists Brent Berlin and Paul Kay in 1969, but without any explanation, then or since. Loreto and colleagues now offer one by virtue of a computer model of language evolution with virtual pairs of people (or “agents”, as they call them) who have no knowledge of names for colours.

New words for colour arise as if through a kind of game: the speaker might talk about a particular colour using a word that the hearer is not familiar with. Will the hearer figure out what the speaker is referring to, and if so, will the hearers then adopt the same word themselves, jettisoning their own word for that colour, or recognizing a new sub-category? It is out of many interactions of this sort, which may or may not help to spread a word – be it a colour or an object – that the population’s shared language arises.

For colour words, though, this linguistic negotiation is also biased by how we perceive them. We do not see all parts of the visible spectrum equally: it is easier for us to see small changes in hue in some parts than in others. Loreto and colleagues propose that this so-called “just noticeable difference function” of colour perception makes it more likely that agents in their model will reach consensus faster on a word for some hues than others.

The speed at which agents reached a consensus on a name fell into a distinct hierarchy, and the order in which this happened – red first, then violet, green/yellow, blue, orange and then cyan – is very close to that identified by Berlin and Kay. (Black and white, which are not themselves spectral colours, must be assumed at the outset as the crude distinction between dark and light.) Crucially, this sequence cannot be predicted purely from the “just noticeable difference function” – that is, from the physiology of colour vision – but arises only when it is fed into the naming game.

The match is far from perfect, however. For one thing, violet does not appear in Berlin and Kay’s hierarchy. Loreto and colleagues explain its emergence in their sequence as an artificial consequence of the way reddish hues crop up at both ends of the visible spectrum. And Berlin and Kay listed brown after blue. But brown isn’t a spectral colour – it is a kind of dark yellow/orange, and so can be considered a variant shade of orange.

Whether or not you accept those explanations for the discrepancies, this model of language evolution looks set to offer a good basis for exploring factors such as cultural differences and contingencies, like those Jarman discovered. It also offers a good basis for how language gets transmitted between cultures, often mutating in the process.

Neurohacks
1Do we all see the same colours?
2Do you see what I see?
Around the BBC