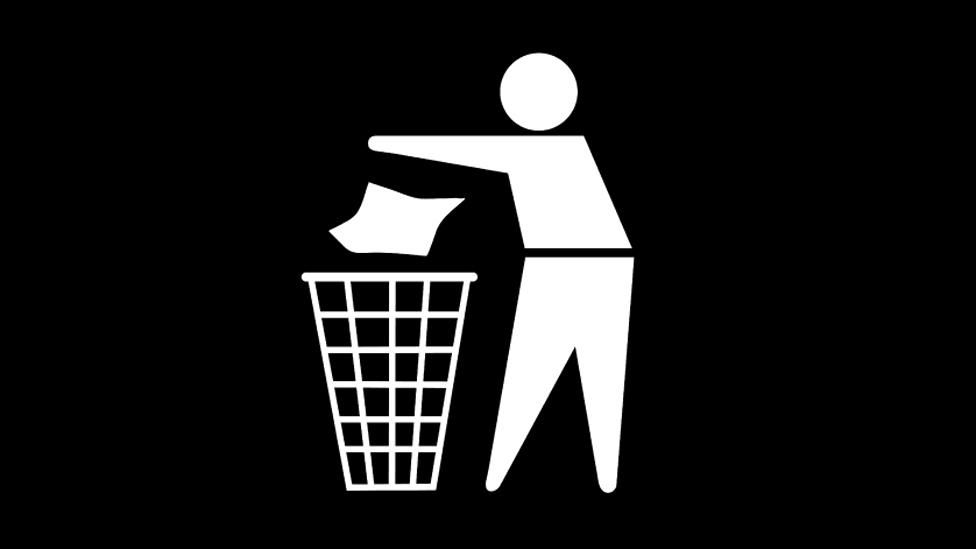 By Philip Ball 25th May 2012
How a simple yet quirky measure near bins could be the secret to cleaner streets.
Y

You are waiting for a bus, but someone has left a newspaper and empty plastic bottles on the bench in the bus shelter. Posted above the bench is a sign showing a person putting litter in the bin. Do you comply with that request and dispose of the items?

About one in three of you will, according to a paper just published by Damien Francey and Ralph Bergmüller, two Swiss “eco-ethologists” at the University of Neuchatel who study human behaviour. At least, one in three Swiss citizens will – decide for yourself if your own community is likely to mimic the good burgers of Geneva, where the experiments were conducted.

But here’s the thing: the public-spirited one in three will, on average, expend more time and effort in clearing the bench if the no-litter sign has an image of eyes on it, than if it has an image of flowers. In other words, the image of eyes seems sufficient to convey a sense that the people are being watched, making them more conscientious about their duties.

Examples of engineering social behaviour through seemingly trivial interventions are well known – perhaps the most famous being how a black fly etched into the urinals at Schiphol Airport in Holland had the effect of, shall we say, improving the accuracy of men’s aim by 80%.

The eyes have it

But there is something more subtle happening in this litter study. The eyes do not affect the proportion of people who clear away litter, but only the time invested by those who do. Francey and Bergmüller say that the ‘good behaviour’ was also more prevalent in people who chose to sit down at the bus stop rather than remaining standing. This was not because they had to dispose of the rubbish to make space on the seat – they could have easily enough just pushed it aside or onto the ground, and besides, they tended to remove more than necessary just to clear a space. It seems that sitting next to litter looks more incriminating, even if you know it is not yours.

Why are the researchers doing these experiments anyway? Are they advocating Big Brother-style posters all over the place to keep us in line? That’s not the aim, although in fact such a cheap and surely harmless way of eliciting slightly better citizenship might not be a bad thing. The researchers are more interested in understanding where human altruism comes from.

By clearing up litter that isn’t theirs, the Swiss citizens are contributing to a ‘public good’: something that is beneficial to everyone. They get apparently nothing in return, just the bother of taking care of someone else’s mess. So why should they bother?

This bus-stop scenario is, in its prosaic way, representative of a whole range of public-good situations in life, such as taxation and global warming. We all want good public services and a world that is not frazzled by greenhouse gases, but they rely on everyone playing the game. It is ‘rational’, however, to be a free-rider: to enjoy the benefits of everyone else’s self-sacrifice without making it yourself.

Such temptations can create the so-called “tragedy of the commons”, where any public good is eroded by an increasing number of free-riders. That’s the case, for example, with today’s depletion of ocean fish stocks. However, people do behave responsibly and cooperatively for a common good, even when they’ve no reason to suppose that others will reciprocate. The standard view is that there is value in having a good reputation: if you’re seen to be a principled, cooperative person, others will be more likely to help and cooperate with you. This investment in reputation has long been evident in business transactions, and it is what sustains trust within online markets where buyers and sellers never meet.

But of course you only get a good reputation if others notice your good behaviour (hence online sellers’ eagerness for feedback). And that brings us back to the bus stop. This isn’t the first behavioural experiment to show that mere images of eyes, rather than actual human observers, are enough to improve our behaviour. In one earlier study, for example, a picture of eyes above an ‘honesty box’ to pay for milk in a coffee room at the University of Newcastle increased the contributions. Another study showed that images of eyes made people at a university cafeteria less likely to leave litter at their table.

Francey and Bergmüller say that their experiment goes further still by taking the test out into the wild: not the closed and rarefied (well, sort of) academic community of a university but the dangerous (well, sort of) streets of Geneva. They also followed up their observations with a questionnaire to establish if, for example, people actually noticed the eyes on the anti-litter notice. More people actually recalled the signs there that had flowers on – showing that greater visibility did not lead to more conscientious behaviour.

The findings will need some unravelling and elaboration. Why, for instance, didn’t the eyes make more people dispose of rubbish? Could it be, the researchers wondered, that the threshold was too high to make a difference – that those repelled by the idea of picking up someone else’s litter were not going to be swayed by a mere picture?

And why do mere pictures have an effect anyway? Clearly, we have evolved to respond to some very subtle, subconscious cues in our altruistic behaviour – a way, perhaps, of reducing the amount of cogitation needed to decide what to do. Other studies have borne this out: for example, evidence of neglect in an urban environment, such as graffiti or litter, makes people less likely to obey “do not enter” signs, and more likely to steal than to post letters left half-posted in letter boxes with money visible inside. This is what is known as the “broken windows” effect: social decline is self-amplifying. The implications for social responsibility are profound – whether we are ‘good’ or ‘bad’ citizens may depend less on who we are and more on what our environment is like.

In Depth
1Is it all about the money?
2'Broken Windows' theorist dies
Around the BBC