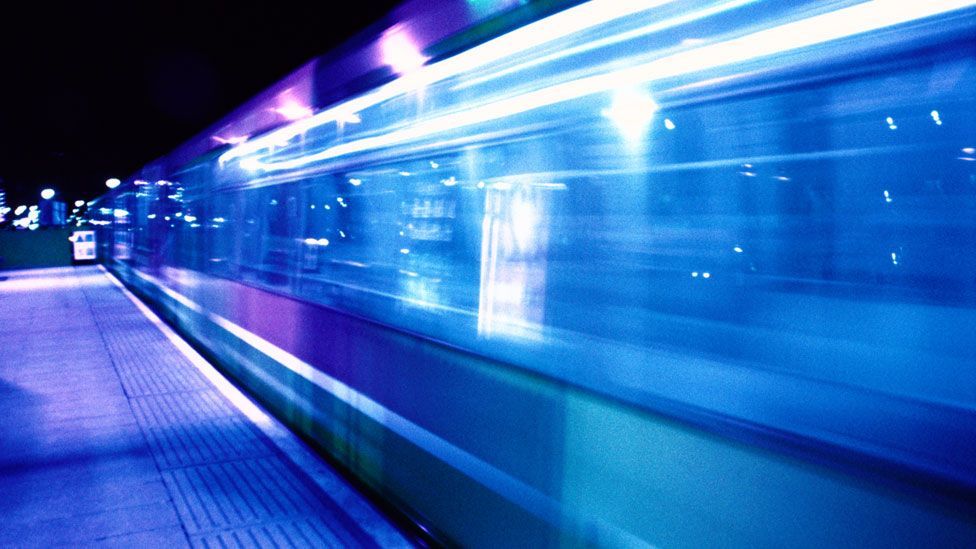 By Jon Stewart 18th November 2014
Vacuum trains promise to speed between Europe and the US faster than a plane. But will they ever make it off the drawing board?
T

Transatlantic passengers on Concorde often referred to the supersonic plane as their “time machine” for its ability to land in New York two hours before it left London.

But that kind of illusion could look like child’s play if so-called vacuum trains ever take off.

These futuristic transporters, designed to hurtle through tunnels that have had all of the air sucked out of them, could theoretically hit speeds of up to 4,000 km/h (2,500 mph), cutting the commute from Europe to North America to just one hour.  In this high-speed future, passengers would arrive a full four hours before they set off.

As with all far out technology, it sounds like science fiction. And, in fact, vacuum trains do feature in movies like Star Trek and Logan’s Run. Whilst in the dystopian future of Farenheit 451, Ray Bradbury describes a “silent air-propelled train” that “slid soundlessly down its lubricated flue in the earth”.

But these are far from fiction, as we found out when Future reader Seb Gibbs suggested we look into them here at Hyperdrive. Today, there are teams in the US, China and elsewhere working on the concept, with some predicting their arrival within 10 years. Whilst others believe that they could offer a potentially cheap route to launch rockets into space.

The history of vac-trains, as they are also known, stretches back more than 100 years to American engineer Robert Goddard. Not content with creating and building the world's first liquid-fueled rocket, Goddard also designed prototypes for rapid transport systems to connect major US cities, including a vacuum-train.

Over the years, different designs have come and gone. However, the principle behind all of them is similar: pump all of the air out of a sealed tunnel and then shoot trains, or some sort of transport capsule, through them. Such ‘evacuated tubes’ could be bored through rock, or laid on or above ground like conventional tracks. Some designs also allow them to cross oceans via large-bore pipes tethered at a fixed depth, although these are still very much theoretical designs.

“The advantage of a vacuum tube is that you can achieve high speeds,” says Ernst G Frankel, Emeritus Professor of mechanical engineering and ocean engineering from the Massachusetts Institute of Technology.

It is able to do this because there is little air resistance to slow the train down. Air resistance “is a large part of the rolling resistance” of a normal train, says Frankel. Trains moving through tunnels push a wall of air ahead of them, which takes energy. They also create an area of lower pressure behind them which acts to almost pull the train back. This air resistance increases dramatically as they pick up speed and friction losses mean that more and more energy has to go into pushing the train forward against that resistance.

“We built a half mile long tube at the playing fields of MIT, evacuated it, and then shot things through it in order to measure what sort of velocities we could obtain,” says Frankel. “We started with ping pong balls, and then went to mechanical models.”

His team found that creating a near vacuum in the pipe would allow speeds of up to 930 km/h (580mph) - twice as fast as in an air filled tube.

The results were enough for the team  to propose a rail system between Boston and New York, using the technology. Their plan was to reduce the journey time from more than four hours to just 40 minutes, at speeds of 300 to 350mph (480 to 560km/h).

“You would have giant pumps keeping a near vacuum in the tube, probably 20 to 30 miles apart (30-40km)” explains Prof Frankel. “The main areas for leaks would be the end stations. The train would pass through a seal as it enters and leaves the tube.”

In fact, the train would have to pass through a series of airlocks that progressively reduce the pressure until the train enters the fully evacuated tunnel, where it could accelerate to top speed.

Ultimately, the huge cost of building such a system was its downfall along with the fact that the top speed was equivalent to existing bullet trains in countries like China and Japan.

But combing vacuum train with another technology overcomes the speed barrier. A few weeks ago, I wrote about maglev (magnetic levitation) trains, vehicles that float on a bed of magnets to cut down friction. In standard set-ups these have achieved speeds of up to 581km/h (361mph). But in a vacuum, some believe they could reach speeds of more than 4,000km/h.

Again, several systems that combine these two technologies have been proposed over the years. But today, one of the main proponents is American engineer Daryl Oster, who holds the patent for what he calls Evacuated Tube Transport. His design is a six-person capsule, roughly the size of a car, which is shot along a 1.5m diameter vacuum tube using maglev technology.

He has proposed various configurations and designs from low tech, 200mph systems for local to high tech 4,000mph systems for continental and intercontinental transport. That would mean a trip from the US to China would take just a couple of hours, revolutionizing both passenger and freight transport.

He also says that it would not cost as much as people think. He quotes a 2003 study which calculated the cost of a 350mph system to be about $2million per mile, around the same basic cost of high-speed rail projects proposed in the US, although this does not take into account maintenance, personnel or rolling stock.

Oster’s company does not propose building tracks itself. Instead, it sells licenses to the patented technology. So far, it says, it has sold more than 60 licenses, 12 of which are in China which is also pursuing vac-train research.

It may all sound rather far-fetched, but Frankel says that the time is right for vaccum-trains.

“Our rail technology is almost 100 years old,” he says. “Our airways are becoming terribly congested, and getting to, from and through airports is very time consuming.

Daryl Oster agrees. He believes we could be using ETT for world travel in less than 10 years, with the most attractive routes between major cities. Ideally these would be separated by dry, flat, unpopulated terrain, where the ground doesn’t freeze. He believes India and China are currently the most promising looking places for what he modestly calls "space travel on Earth".

But that moniker may hold true if Dr James Powell, the co-inventor of Maglev technology, gets his way. He has proposed a system called Startram that uses a maglev vacuum train to launch objects into space. The project would require a huge cannon-like tunnel to accelerate a launch vehicle to speeds of at least double those of the ETT to get into orbit. If it is built, Powell says, it could slash the cost of putting vehicles into space. Now, that would be real vacuum travel.

HyperDrive
1The floating future of trains?
TED Quotes
2Mach-20 gliders and tiny drones
3US looks to high-speed rail
Around the BBC