The growing trend for "microwork" means the phone in your pocket could earn you extra cash one tiny job at a time.

A problem shared is a problem halved, so the old phrase goes.

But today, in our hyperconnected world, a problem shared is more likely a problem distributed amongst hundreds, thousands or even millions of people.

That is the basic principle of a growing trend called microwork. If you have heard of e-commerce giant Amazon's Mechanical Turk, then you are already familiar with the basic idea. People sign up to do bite-sized computer-based tasks, perhaps helping to translate chunks of text into different languages for an electronics firm wanting to localise its instruction books, in return for small amounts of money.

But what has until now largely been confined to computers is about to get a shot in the arm. An increasing number of projects are targeting mobile. After all, with almost seven billion mobile subscribers in the world today, you can potentially tap a massive workforce at the touch of a button. It also pays off for the mobile subscribers, who can exchange their work for money or phone credit – something that can potentially change lives, particular in areas of the world with very low wages.

It was that combination of ideas that struck Aadhar Bhalinge, as he drove through the streets of Mumbai in India. "I regularly travel by rickshaw and I always chat with the drivers," says the IT manager. "I know quite a lot about their problems, their economic status, the traffic, and their daily rent."

Bhalinge started to wonder if there might be some way to use mobile technologies to make life a bit more productive for rickshaw drivers. What if those moments stuck in traffic jams could be put to good use? What if there were little tasks that could be performed on a mobile phone that might generate extra income for the driver?

It was that thinking that resulted in an idea he calls the Smart Rickshaw Network (SRN). Using the system, drivers, armed with GPS enabled smartphones, would be able to send in regular check-ins from their routes via the internet or SMS. The information could be traffic updates, or information about a city's landmarks or tourist hotspots. "Rickshaw drivers cover most roads and areas," says Bhalinge, "and they are continuously on the move day and night. They are aware of most locations, and know which ones are currently popular."

In other words, if he could build the system, he would have a pool of skilled, knowledgeable professionals crowd-sourcing important information about the city. Information, Bhalinge notes, "that can be of great use to clients." You can imagine someone willing to pay for a subscription service to real-time traffic updates, or tourists wanting information about the newest hotspot, he says.

"With just a few taps on a touch screen, or with a voice command - when they are waiting at traffic lights, or dropping off a passenger - a driver could earn an extra two to three dollars a day," Bhalinge says.

Inspired, he entered his idea into a competition called m2Work. It's an initiative sponsored by infoDev, a partnership program with the World Bank, and Nokia. The project aims to find "models that no one in the microwork industry, or even our own experts, had thought of yet," according to infoDev's Tony Eliasz. The judges liked that what they heard. Bhalinge's "Smart Rickshaw Network" idea beat out more than 940 other entries to win the grand prize of $20,000.

His idea builds on several more established projects, such as Txteagle, founded in 2008 by Nathan Eagle, an MIT computer engineer. It was one of the earliest entrants into the mobile microwork market using technology that Eagel and his team created that allowed small amounts of money to be delivered to cell phone users. He subsequently formed partnerships with dozens of mobile operators around the world, allowing him to potentially send money to more than two billion people instantly

“There's no other company on earth that, with a couple of pushes of a button, can infuse capital at that scale, instantly," Eagle says of Txteagle's core vision. The only question left was: what were they going to pay people to do?

"It was a hammer looking for a nail," says Eagle. He initially found interest from Indian companies who wanted to outsource digital work to Africa: things like form processing, data entry and the like. There was, Eagle says, "nothing special about the work," but people could do it just on their cell phones via texting. They didn't need a smartphone or an internet connection. But Eagle found that the demand to do the work caused the pay to drop to next to nothing. The company's core vision was getting blurred.

"We built something that could instantly infuse cash into underserved communities, but just as easily remove it from that community and infuse it into another community where people were willing to work for even less money," Eagle says. He also began to worry that companies would begin to build computers and artificial intelligence engines that would ultimately do this kind of microwork effectively and cheaply, undercutting txteagle's purpose even further.

TxtEagle changed tack, and it's name. Now called JANA, it uses the same mobile technology, but is instead focused on using it to conduct research and marketing. Where txteagle pushed out microwork onto mobiles, JANA sends surveys. A woman in the Philippines, for example, can answer a few questions via text message about what laundry detergent she uses, and get 100 pesos ($2) in phone credit.

Companies, Eagle tells me, spend billions each year on market research in the developing world. "They fly people into the capital, rent land rovers, and then go out in the field to conduct face to face surveys." Eagle thinks JANA could cut company costs significantly, while also providing a bit of financial help to those who opt in to the survey.

The World Bank, Eagle notes, is also using the company's system in a similar way to track food prices around the world by asking people to send how much a kilo of rice costs in various communities. "We decided to focus on tasks that can't, by definition, be outsourced," Eagle says. In other words, the kinds of questions that can only be answered by human beings with local knowledge.

It is an idea that is familiar to Leila Janah, the founder of a non-profit called Samasource and the person widely credited with coining the term microwork.

From its beginnings in 2008, the organisation has grown to employ2,680 full-time workers, mostly in Kenya and India who use computers to tag photos, or type in small bits of data or text. At the end of May, 2012, Samasource says it will have paid around $2m in wages to those workers. The non-profit now counts eBay, WalMart and Microsoft among its clients. It has grown so large, and so fast, that Janah says Samasource decided to build its own piece of "microwork" software, called the SamaHub, to deal with the workload.

"We show them how massive companies depend on big data,” she tells me. “Our workers see that they are no longer disconnected people in Kenya whom the world isn't listening to. They are people who are helping major companies solve big problems. And that knowledge is empowering."

Samasource doesn’t currently offer work on mobiles and is sceptical about the approach. Janah says she worries that the cost of mobile bandwidth will be too high in the countries where it operates, because much of its work requires an internet connection. She also worries about the form factor. "The biggest challenge is that you won't get the quality levels and speed without the keyboard," she says, although admits that tablets may eventually offer a happy medium between mobile and laptop for microwork.

But whether on laptop, mobile or tablet, all microwork has its critics, who contend it does little to help people develop new skills, and that the wages paid are exploitative. Leila Janah disagrees.

"This work is inherently skill building," Janah tells me. "Our workers are learning English language skills. They are learning how to use the internet, and how to present themselves professionally online. And I would argue that those things are the primary drivers of professional success in the next century."

Others contend that microwork is not a sustainable source of income for workers.

"It's certainly a great thing for anyone to bring in additional revenue,” says Jeremy Hockenstein, founder of an organisation called Digital Divide Data. “But if it's just temporary, or a small amount of income, the question is how can we, together, find ways the micro work can have a more significant impact on people's lives, rather than just for a period of months or a year or two."

His organisation also uses computing to help alleviate poverty, offering a workforce that can digitise content for publishers, libraries and businesses.

"We've tried to focus on a more intensive experience for perhaps a few number of people, so that it will have a lifetime impact," he says. "We have a four year program for our employees. They work for us for four years, and then they also get a scholarship to go to university."

The whole goal, Hockenstein says, is not for workers to complete small individual tasks, but to instead learn how to manage entire projects and work as a team. Skills, he argues, that can help insure the workers have skills that they can use when they move on from the company. And, he says, it pays off. In Cambodia, he says, Digital Divide Data graduates typically earn five times to normal wage.

Even Toni Eliasz of the World Bank admits that "the jury is still out" when it comes to ultimate sustainability of microwork. "But," he says, current projects suggest it “has the potential to provide supplementary income and raise living standards in countries where the average incomes is much lower than in the United States."

It is this factor that continues to motivate Aadhar Bhalinge, and his idea for a Smart Rickshaw Network in Mumbai. He is now pushing ahead with his idea and is currently talking with an angel investor about the plan.

"I hope that one day I can turn my dream into a reality," Bhalinge says. "It will not only benefit rickshaw drivers and clients, but will help the city to become a better place." 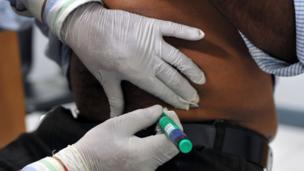 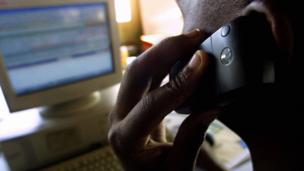 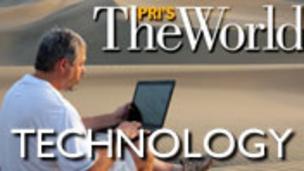 Download The World's technology podcast for a global take on tech