Loading
Will We Ever? | Cloning
Will we ever… clone a mammoth?
Share using EmailShare on TwitterShare on FacebookShare on Linkedin 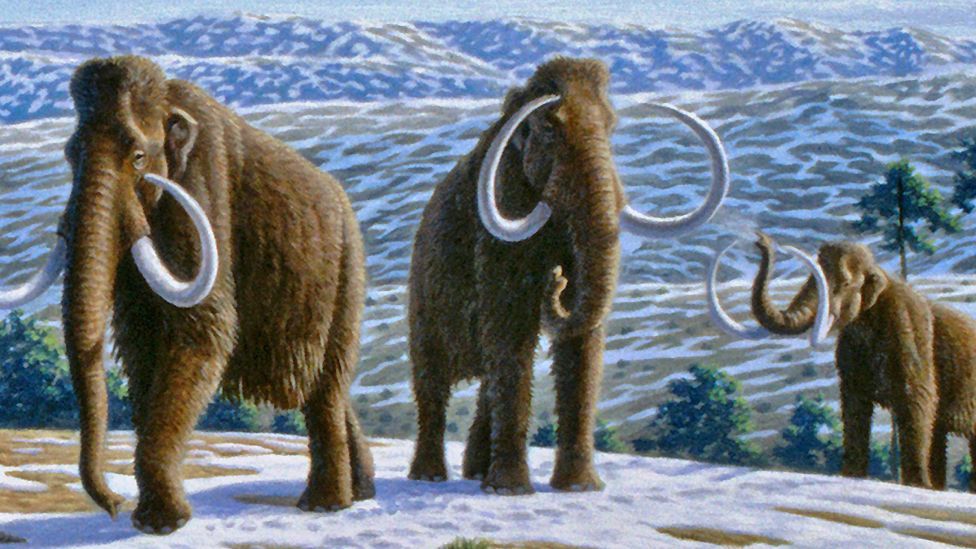 By Ed Yong 1st June 2012
Bringing the prehistoric animal back to life will require dexterity with DNA, a slice of luck and an intimate knowledge of an elephant’s reproductive system.
T

Tens of thousands of years ago, woolly mammoths roamed the northern hemisphere. These giant beasts may now be extinct, but some of their bodies still remain in the frozen Arctic wilderness. Several dozen such carcasses have now been found, and some are in extremely good condition. Scientists have used these remains to discover much about how the mammoth lived and died, and even to sequence most of its genome. But can they also bring the animal back from the dead? Will the woolly mammoth walk again?

Akira Iritani certainly seems to think so. The 84-year-old reproductive biologist has been trying to clone a mammoth for at least a decade, with a team of Japanese and Russian scientists. They have tried to use tissues from several frozen Siberian specimens including, most recently, a well-preserved thighbone. Last year, Iritani told reporters, "I think we have a reasonable chance of success and a healthy mammoth could be born in four or five years.”

A few months ago, a second team led by Korean scientist Hwang Woo Suk also expressed interest in cloning a mammoth. While Iritani comes with impressive credentials, Hwang’s resume is less reassuring. He is perhaps best known for faking experiments in which he claimed to have cloned the first human embryo and produced stem cells from it. The fact that he has confessed to buying mammoth samples from the Russian mafia does not help to instil confidence.

Regardless of their pedigree, both teams have their work cut out. Any attempt to resurrect the mammoth faces an elephantine gauntlet of challenges, including the DNA-shattering effects of frost and time, and the rather unhelpful reproductive tract of the eventual surrogate parent—the elephant.

Siberian ice might preserve the bodies of mammoths, but it is not kind to them. Ice crystals puncture cells, spilling out their contents. Even if the DNA inside the cell is not exposed, it tends to break down over time. Stephan Schuster from Penn State University, who led the mammoth sequencing project, says, “Even the genomes from much younger organisms rapidly decay. It’s like smashing a mirror on the floor.” Schuster’s team compared the heavily fragmented DNA of a mammoth against the genome of an elephant. That approach allowed them to read the genome, but it cannot be used to reconstruct it.

Synthesising an animal genome from scratch is a massive challenge by today’s technological standards. It would require: a far more accurate draft than the one we have; knowledge of the number of chromosomes a mammoth had; the ability to stitch together such large stretches of DNA; ways of packaging that DNA into a nucleus; and hoping that all the DNA will still be in good working order.

There is another option. Rather than producing mammoth DNA from scratch, you could tweak DNA from an African elephant. The genomes of the two species differ by just 0.6 percent, half the difference between us and chimpanzees. By identifying and swapping the different sequences, you could potentially rewrite an elephant genome so that it reads like a mammoth one.

Palaeontologist Jack Horner is trying something similar by rolling back a chicken’s genes into a state more like its extinct dinosaur ancestors, and scientists like Harvard University’s George Church are developing techniques that can rewrite vast swathes of DNA at once. But even if the technology catches up with the ambition, Schuster says: “That’s not making a mammoth. It’s ‘mammothifying’ an elephant.” The resulting creature may be a more mammoth-like version of today’s pachyderms, but it won’t be the real deal.

These problems might be avoided if we could find intact nuclei from frozen mammoths, at least if experiments in other animals are anything to go by. In 2008, Sayaka Wakayama and colleagues from RIKEN, Japan cloned healthy mice from individuals that had been frozen for 16 years. They found intact nuclei in the chilled bodies, and fused them with empty eggs. By all accounts, Iritani is trying to do the same thing with frozen mammoth remains (he did not respond to a request for an interview). But Schuster does not mince words about the odds of finding intact mammoth nuclei. “It’s entirely impossible,” he says. Sixteen years in the freezer is one thing; 16,000 years is quite another.

Assuming that Iritani’s team gets an intact nucleus, they would still have to insert it inside an elephant egg. Collecting such an egg means navigating a reproductive tract that spans three metres from the uterus to the outside world. “It’s extremely challenging,” says Thomas Hildebrandt from the Leibniz Institute for Zoo and Wildlife Research, who knows the reproductive tract of elephants like the length of his arm.

A female elephant only ovulates once every five years, releasing one or two eggs at any time to ensure that she never becomes pregnant with several gargantuan foetuses. Each egg is a 2-centimetre-wide ball rattling around an enormous cavern. Once it is released, the female almost immediately has sex. “There are almost no wild elephants that are fertile without already being pregnant,” says Hildebrandt. So, collecting an oocyte from an elephant is like groping in a haystack for a needle that probably does not exist. If getting one egg sounds hard enough, would-be mammoth-makers need hundreds or thousands of eggs to ensure one successful clone.

There is a possible cheat. They could take ovarian tissue from a culled elephant, transplant it into a rat or a mouse, and tweak the rodent’s hormonal cycles to ensure that the eggs mature properly. This has been tried, but no one knows if the resulting eggs were actually viable. It’s a long shot, and “you still have the problem of transplanting the embryo,” says Hildebrandt.

Notwithstanding the distance into the uterus, the path is blocked by the hymen. This is essential to the elephant; it grows back after every birth and it cannot be broken without compromising the pregnancy. It has an opening just 2 to 4 millimetres wide that allows passage to sperm – that’s what an embryo-carrying tube would have to navigate through. “It’s not impossible but it would need quite a lot of technological development,” says Hildebrandt. “Most people don’t expect that. They think they biggest challenge is creating the embryo.”

Even if a baby mammoth comes to term, it may not last for long. In 2009, European scientists used preserved skin cells to clone the Pyrenean ibex, a type of goat that had been extinct since 2000. The glorious resurrection lasted all of seven minutes, before the newborn kid died of lung failure. Many (but far from all) cloned animals have suffered from similar health problems. If the woolly mammoth does the same, its resurrectors could end up with the world’s most expensive carcass.

Despite these many hurdles, Schuster does not dismiss the possibility of cloning a mammoth, especially with improvements in genetic techniques. “Every time a journalist asks me about this, one of those hurdles has been taken out,” he says. “I think it’s a little irresponsible to stand there and say it’ll never happen, but that doesn’t mean we should spend money on it. Maybe it would be better spent on preserving endangered species today.”

Can we really justify trying to bring the mammoth back from extinction when all three species of living elephant are in danger of joining it? “If you’d interviewed me two or three years, ago, I would have been much more aggressive against it,” says Hildebrandt. He has changed his mind after struggling with efforts to conserve other large animals like the Sumatran rhino. Only a few hundred remain, and many are so old that no amount of assisted reproduction will help them to breed. “Our only option is to clone them,” he says.

Mammoth-cloning projects might act as an attractive funding magnet in a way that conservation projects of little-known rhinos cannot. “The mammoth may be able indirectly help future conservation projects, by developing cloning technologies that could help modern species,” says Hildebrandt. It’s a sobering thought: as impossible as cloning an extinct animal might sound, the one good reason to try is that it might prevent a number of species from suffering the same fate.

Science & Environment
1Cloning: Which animals and when?
2In pictures: baby mammoth
Around the BBC