Loading
Will We Ever? | Space
Will we ever... live on the Moon?
Share using EmailShare on TwitterShare on FacebookShare on LinkedinShare on Whatsapp 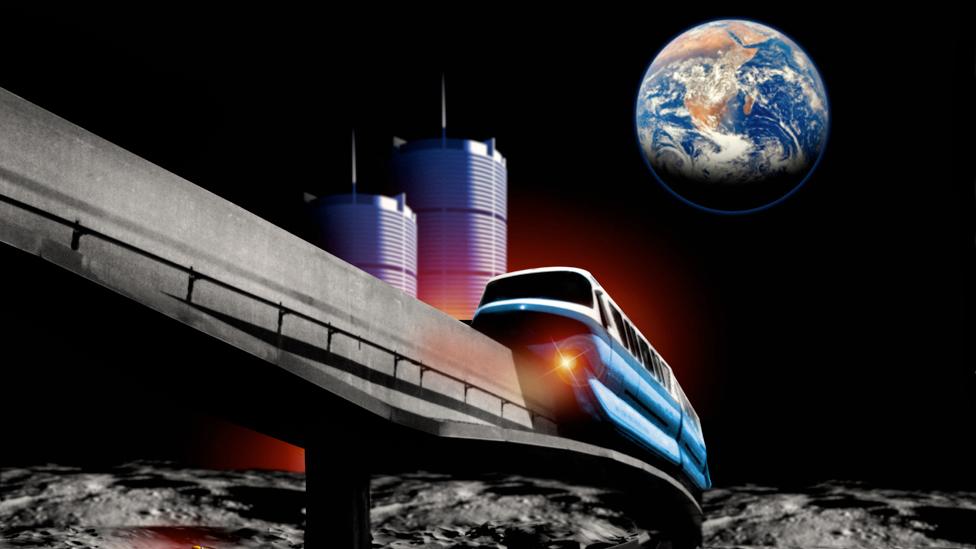 By Phil Plait 14th June 2012
Four decades after the Apollo missions, the idea of colonising the Moon is still the stuff of science fiction. But astronomer Phil Plait argues that it is not an issue of whether we can live there, but how and why we want to.
W

Will mankind once again walk on the lunar surface? I wouldn’t even hesitate to say “yes”, because the future is long, and who in the early 1950s would have dared to predict that we would even land a craft on the Moon within 20 years? But in this case, the answer probably isn’t as interesting as the question itself – more specifically, when, and why, and how will we do it?

I can think of many possible scenarios that could lead to us colonising the Moon: an extended economic boom that allows us to fund ambitious space exploration; a breakthrough in launch costs which makes them drastically cheaper; or the discovery of some vital natural resource on the Moon. But I don’t like betting on breakthroughs.

A better question is then: “What is a likely way we’ll end up with a human presence on the Moon?” Given what we know today and extrapolating from there, I have a thought on how this could happen.

Looking into the abyss

Before we talk about settling down on our rocky neighbour, we have to ask why we should head there in the first place.

And those are just concrete benefits from looking down from space. The advancement in technology from actually venturing out into space has paid for itself many times over, from computer tech and cell phone cameras (a direct descendent of technology developed for Hubble) to medical equipment such as infra-red ear thermometers and LED-based devices to treat muscle complaints.

So exploring space is not only a good idea, but has made real changes to life here on Earth. But we’ve been to the Moon before; six times, in fact. Haven’t we already been there and done that?

Far from it. Even Apollo 17, the longest of the missions, was only there for three days. The Moon has 38 million square kilometres of real estate, so we’ve literally only scratched the surface.

Scientifically, the Moon is fascinating. While we’re pretty sure it coalesced from material blasted away from Earth after a massive impact billions of years ago, we don’t actually know. And with no atmosphere to erode its surface, it’s like a history book of the solar system.

Of course, going there is expensive – realistic estimates are about 35bn (27.9bn euros). Note that once there, humans can use local resources and save money in the long run. We know there’s lots of water ice on the Moon, and the rocks have oxygen locked up in them, so potentially there’s a way of creating water and air for future denizens. Quite a bit of work has already been done in this area, and its potential is bright. Other reasons to go – potential cheap energy from helium-3 mining, tourism, and the like – are too vague at the moment to count on.

So asking for that kind of money for only scientific research or exploration, even if it would eventually pay back several times the investment, would not be an easy sell. But there might be another reason to go, one that could swing the argument in its favour. And it involves something of a surprising and indirect stepping stone. Literally.

Circling the Sun between Mars and Jupiter are billions of asteroids, chunks of rock ranging in size from footballs to gigantic Ceres, 1,000 km (620 miles) across. Most of these are rocky, but even these have some amount of materials that are useful, including water ice, hydrogen, oxygen and even precious metals.

They’re the floating convenience stores of space, and can be tapped for supplies needed to explore deep space. Many of them are on orbits that also take them near the Earth, which makes them far easier targets for space missions, requiring less fuel and time to visit.

One company, Planetary Resources, has already announced plans to do exactly this. Their idea is to mine near-Earth asteroids for material, creating depots of air, water, and other supplies for future space missions. Their plan is not pie-in-the-sky; in fact they think – and I agree – that in the long run they can make money in this venture.

A critical aspect of this is being able to mine asteroidal material and process it, which Nasa and its contractors are studying. One line of thinking is that mined metals can be used to build structures in space that would be very difficult and pricey to construct on Earth and launch. Examples abound, including big spacecraft to use for crewed exploration of the planets, giant telescopes in orbit, space stations, and more. While the cost of the International Space Station (ISS) is estimated to be $100bn, much of that was simply getting previously-built components into space in the first place. If you already have those pieces in space, the cost is far less.

Smelting material in the near-weightless environment of an asteroid is one thing, but creating complex components of spacecraft is another. Manufacturing is likely to be easier in gravity, and the Moon is a perfect compromise for this.

Getting the materials to the Moon is not hard from an asteroid mining operation. And once built, getting even massive components off the Moon’s surface is far, far easier than it would be from Earth due to lower gravity and lack of air (it took a tremendous Saturn V rocket full of fuel to get to the Moon, but only the tiny Apollo ascent module to get back off). Building vehicles and other space-based structures on the Moon is vastly easier and less expensive than it would be here on Earth. From there, the rest of the solar system is an easy trip.

Mind you, I’ve skipped some steps here. We need cheaper and more reliable access to space, and a pathway established so that the public has a clear understanding of how all this will be done. With the recent successful launch of the SpaceX Falcon 9 rocket and Dragon capsule to the ISS, we may very well be well on our way to those two steps.

And asteroid mining is just one example of the usefulness of space; others will inevitably arise. In space exploration, there are always benefits found along the way that are difficult if not impossible to predict.

Which will lead to the hugely important third step: this needs to be sustainable. We cannot go into this with the idea that this is a single goal only. China is building a space station (the first module is already in orbit) and has plans to go to the Moon; India and Russia have made similar musings – but it would be a big mistake to think of this as a second space race.

Why? Put it this way: what happens when you win a race? You go home. You’re done. This kind of thinking doesn’t lead to sustainability, and that’s why Apollo was canceled prematurely.

Planetary Resources, on the other hand, has the right idea. Mining asteroids for platinum and gold right away is not cost-effective. But that’s not the company’s plan; instead, they are taking many small steps to get to asteroids, including launching tiny telescopes to map the Earth and sky, identifying potential targets, upgrading those probes to actually get to asteroids, and then finally prospecting them. And they have plans in place to make money along the way, while increasing human knowledge of space exploration. Their ultimate goal is not to mine asteroids as such, but to create a permanent human foothold in space.

This is the kind of mentality we need. Not a short-term goal, catering to the continuously shifting political whim, but a long-term plan where each step is achievable and sustainable.

Going to the Moon itself has many benefits, and I think in the long run it will prove itself a worthy venture. But if, at first, it’s only to make things easier after we establish ourselves in the asteroids, why then, that’s OK too. Because in the end, we’re in space and we’ll be on the Moon.

Space Station
1Is it time to save the Moon?
Space Station
2Asteroid mining: Time to invest?
The Real Risk
3How likely is an asteroid strike?
4Nasa's missing moon rock mystery
Around the BBC