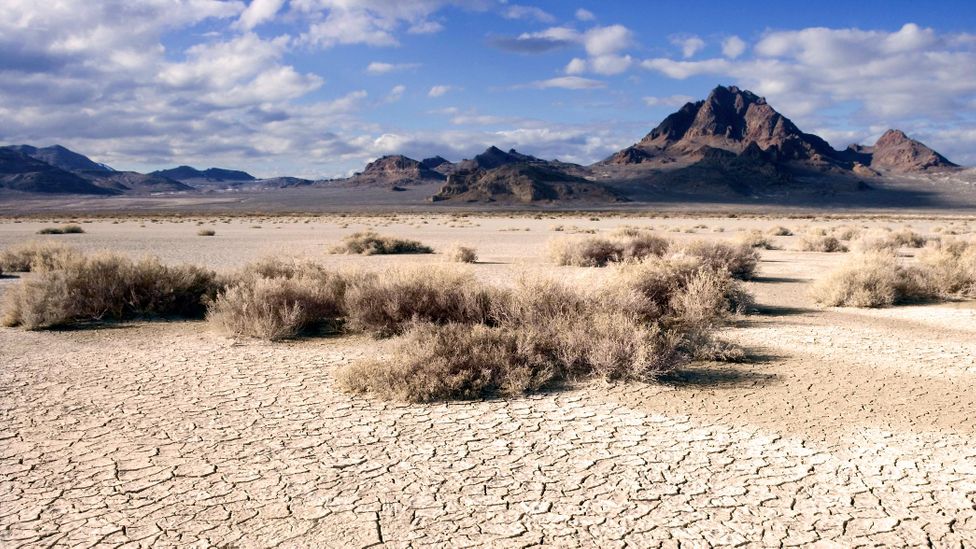 By Gaia Vince 15th June 2012
Climate scientists fear we are approaching an unknown and unpredictable state. The problem is, there are disagreements over what can we do about it.
I

If there’s one thing I hope this column achieves, it’s illustrating just how pivotal a point this is in human history. We are now living in the Anthropocene: humans are the main driver of planetary change. We're pushing global temperatures, land and water use beyond anything our species has experienced before. We’re polluting the biosphere, acidifying the oceans, and reducing biodiversity. At the same time, our global population will grow from seven billion to nine billion by 2050, and all will need food, water and clean air.

As if to illustrate the point further, last month Arctic monitors showed the concentration of carbon dioxide in the atmosphere has passed 400 parts per million (before the Industrial Age, carbon dioxide levels were 275 ppm). New data shows the rate of climate change could be even faster than thought.

Perhaps most worryingly of all, 22 scientists warned last week we are approaching a planetary tipping point, beyond which environmental changes will be rapid and unpredictable. Basing their alarming conclusion on studies of ecological markers from species extinction rates (currently 1,000 times the usual rate, and comparable to those experienced during the demise of the dinosaurs) to changes in land use (more than 40% of land is dominated by humans and we affect a further 40%), these scientists fear we will enter a new, unknown state, and one which threatens us all.

So what can we do about it?

There are almost as many opinions on the best way forward as there are problems to solve. But the most prominent views fall into two camps: what I would call the 'conservative' camp and the ‘radical’ camp.

The conservative camp believes the answer is for humans to do less of everything. The radical camp believes technology and human ingenuity will prevent catastrophe. Conservatives argue that we should reduce consumption, waste, population, fertiliser use, pesticides, fishing, etc., and in this way reduce our species' influence back to being just another part of the biosphere, rather than its driving force. Radicals argue that as we run out of things replacements and improvements will be found, as has been the case before – the rate of population growth has diminished and global poverty levels have reduced, for example.

I think the answer lies in both camps. Technology and innovation has already saved us from plagues, low crop yields, water shortages, reliance on fossil fuels and more. But the planet is finite – there is nowhere else for us to live except Earth and we depend on it for our every need. And we have never before in the history of our species experienced living in some of the conditions we are creating; where average temperatures are on track to exceed anything humans have experienced (perhaps as soon as 2070), where nitrates and other pollutants are greater than anything our ecosystems have evolved to function in, and where our own hungry population is above seven billion, for example.

A way forward was proposed in 2009 by a group of scientists, suggesting we focus on observing specific “planetary boundaries”. Johan Rockstrom of the Stockholm Resilience Centre, and colleagues, identified nine biophysical thresholds that must be observed if humanity is to remain in the “safe operating space” of Holocene-like conditions, including climate change, ocean acidification, ozone depletion, change in land and freshwater use. The concept was enthusiastically embraced by institutions such as the United Nations and large NGOs like Oxfam, who adapted the idea to include social boundaries.

However, others argue that these nine choices are rather arbitrary. I would question whether, for example, we can really be said to have a measurable threshold in “change in land use” or “biodiversity loss”. Others contest that there are either no biophysical thresholds for these, or that we are far from reaching them. I would disagree with this – there is a clear threshold for dangerous loss of stratospheric ozone, for example, and I would also say for global temperature (caused by too many greenhouse gas molecules and too few carbon sinks such as forests), although whether that’s a two-, three-, or four-degree threshold, I’m not sure. I wouldn’t like the threshold to go above 2.5, but we are already heading beyond that. What does that mean? Are we all doomed? Possibly.

But now, Ruth Defries, Erle Ellis and some of the authors of the Planetary Boundaries paper, including Diana Liverman, have published another paper, describing what they call “Planetary Opportunities”. “Scientists’ most useful role is not to set doomsday limits and set thresholds, but to provide a more optimistic opportunity for society,” Ellis told me. “There is no hard-line carrying capacity for the planet. Humans are very adaptive.”

Urbanisation is a good example of the human system responding to a planetary opportunity, Ellis says. By living more efficiently in larger populations, we free up rural land for ecosystem services or agriculture. We need to apply human ingenuity on a multi-scale approach – from individuals to global, both in governance and in the scale of scientific analyses – in order to find solutions, he says. Societies have successfully adapted to environmental threats in the past. “Planetary boundaries are not a useful concept for society,” Ellis says.

Another article published this week goes even further, claiming the Planetary Boundaries concept is "scientifically flawed", and shouldn't be used to guide global environmental policy. Ted Nordhaus and Michael Shellenberger of the Breakthrough Institute environmental think tank say that many of the Anthropocene conditions we've brought about have been to the net benefit of humanity.

Rockstrom counters, saying: “We should not frame this crisis as an opportunity. This is not an opportunity. If we destroy the water supply, the air, the climate, humanity will not be safe,” he says, adding that he finds the whole ‘technology-will-solve-all-our-problems’ camp tiresome. “But, the journey towards something good represents an opportunity. The safe operating space is an opportunity,” he concedes.

Rockstrom worries that reaching tipping points could send us into another state that we have no previous experience of, and which is likely to be dangerous. Exceeding the planetary boundaries, he warns, is a very dangerous game, adding that we already have for three of the nine (climate change, nitrogen cycle and biodiversity loss).

Perhaps the truth is that for most of our species' history, we've effectively lived among limitless resources. There are many examples of societies exceeding environmental limitations with disastrous consequences, as well as some encouraging ones of good environmental stewardship. But perhaps we have not got any better at recognising thresholds except with hindsight. Apart from gravity and (effectively) sunlight, everything else we use has its limits. Whether we can identify those ones crucial to our survival – and whether our poorly adapted human brains are unable to act on this message – is another question.

A timely reminder of this is the forthcoming Earth summit in Rio de Janeiro. It’s commonly known as Rio+20 because 20 years have passed since the original summit in the same city. That produced a raft of environmental management treaties and declarations – including the United Nations Framework Convention on Climate Change (UNFCCC), the basis for governments’ attempts to curb global warming gases.

But progress on addressing the most critical global challenges, such as climate change, has reached a farcical level in which time spent arguing over punctuation and grammar in lengthy documents has stymied any real action on greenhouse gas emissions. And in the meantime almost all environmental problems targeted by the original summit have got worse rather than improved.

The optimist in me hopes the promise and language of opportunities may spur action at Rio, respecting the biophysical limitations of our finite planet. 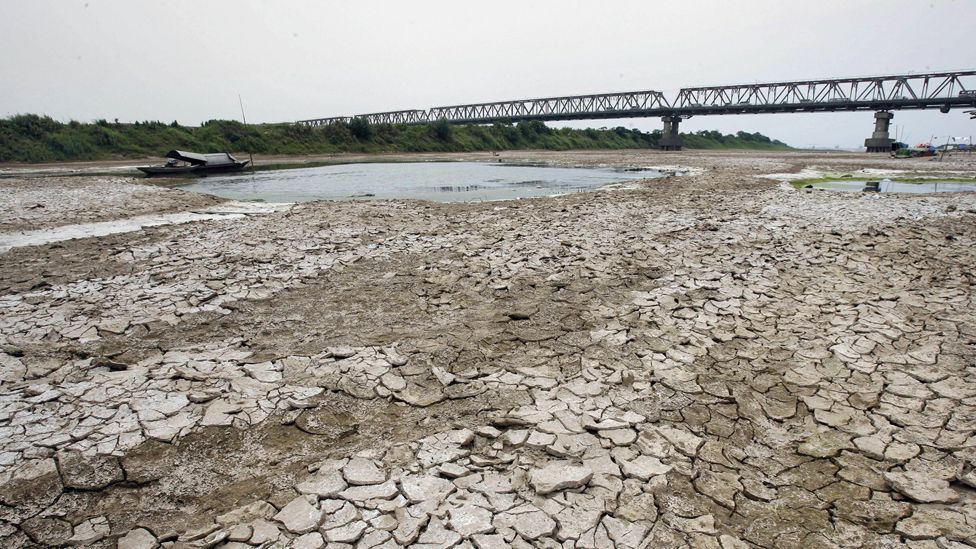 Humanity has essentially lived with limitless resources. But as we affect our planet more and more, history has some dire warnings for us. (Copyright: Getty Images)

Humanity has essentially lived with limitless resources. But as we affect our planet more and more, history has some dire warnings for us. (Copyright: Getty Images) 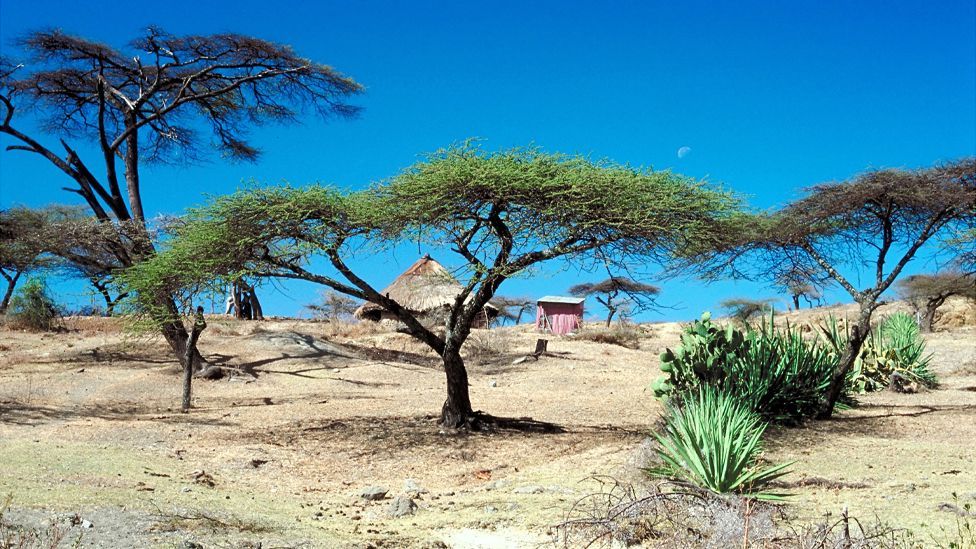 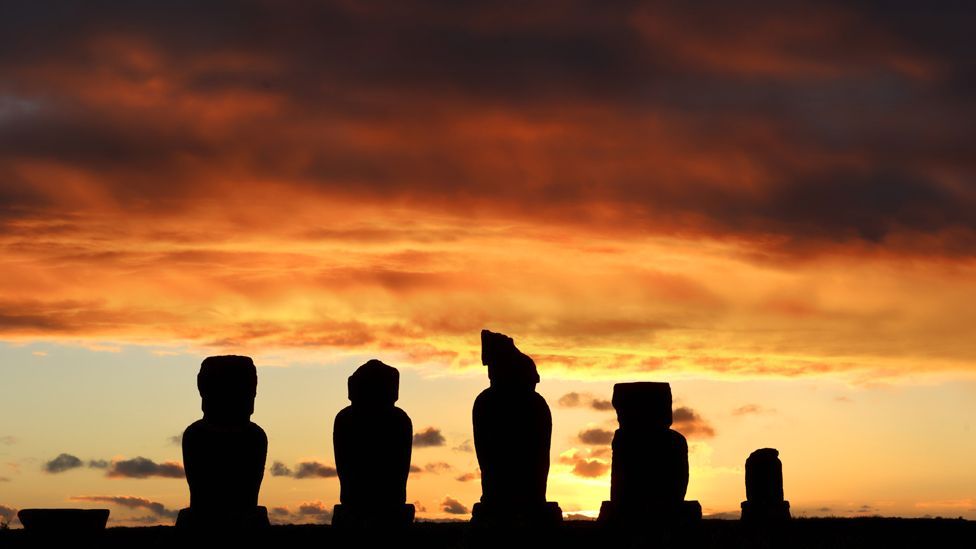 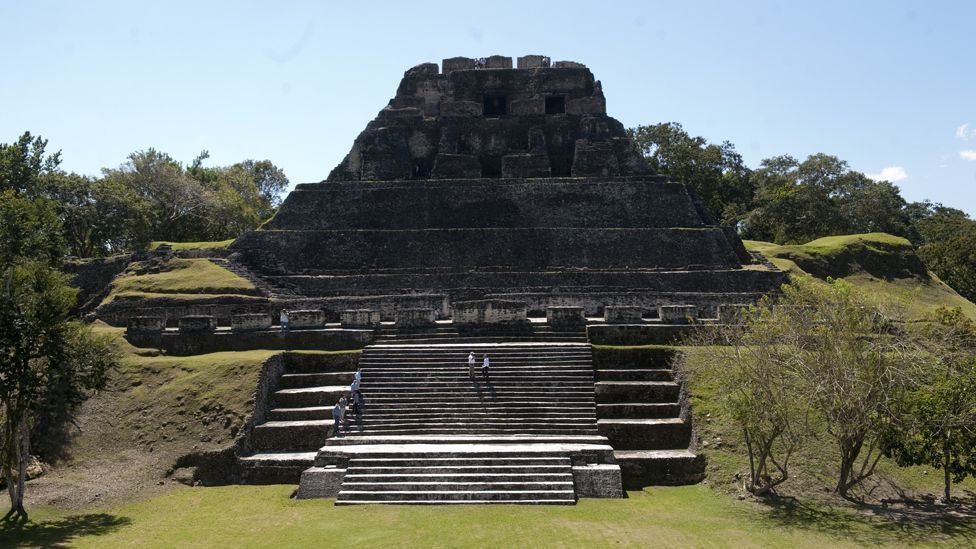 One of Central America’s most successful civilisations, its ruin may have been partly caused by cutting down forests for crop land. (Copyright: Nick Pattinson)

One of Central America’s most successful civilisations, its ruin may have been partly caused by cutting down forests for crop land. (Copyright: Nick Pattinson) 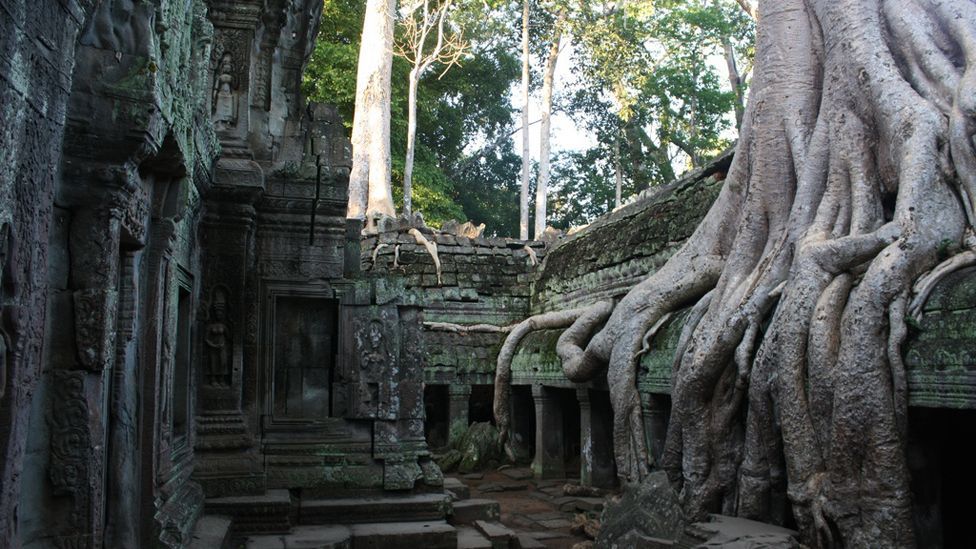 Temples overgrown by forest show remnants of the Khmer Empire, thought to have collapsed due to water shortages and deforestation. (Copyright: Nick Pattinson)

Temples overgrown by forest show remnants of the Khmer Empire, thought to have collapsed due to water shortages and deforestation. (Copyright: Nick Pattinson) 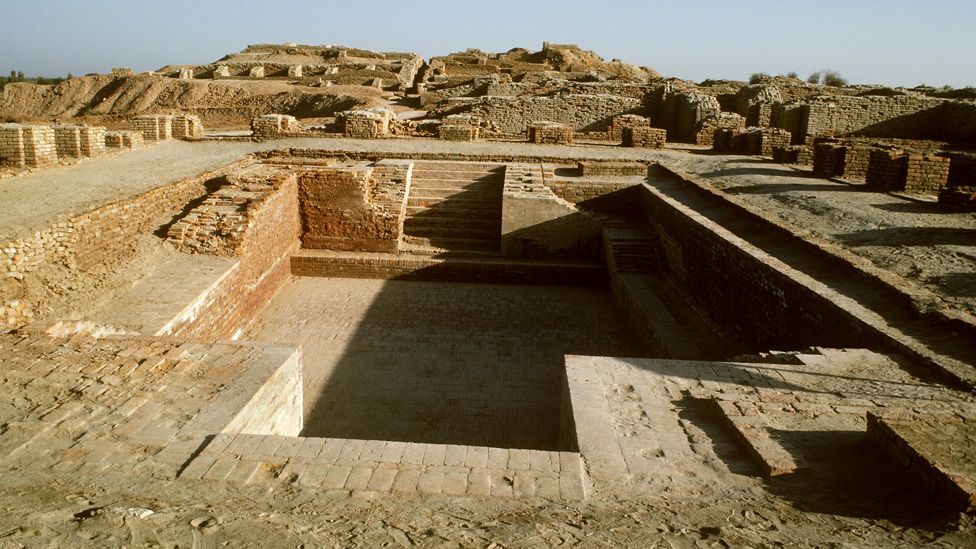 From 3300 to 1300BC the Indus Valley Civilisation grew along the river in modern-day Pakistan. Scientists believe drought caused its demise. (Copyright: Getty Images)

From 3300 to 1300BC the Indus Valley Civilisation grew along the river in modern-day Pakistan. Scientists believe drought caused its demise. (Copyright: Getty Images)