Loading
Will We Ever? | Robot
Will we ever… create intelligent robots?
Share using EmailShare on TwitterShare on FacebookShare on LinkedinShare on Whatsapp 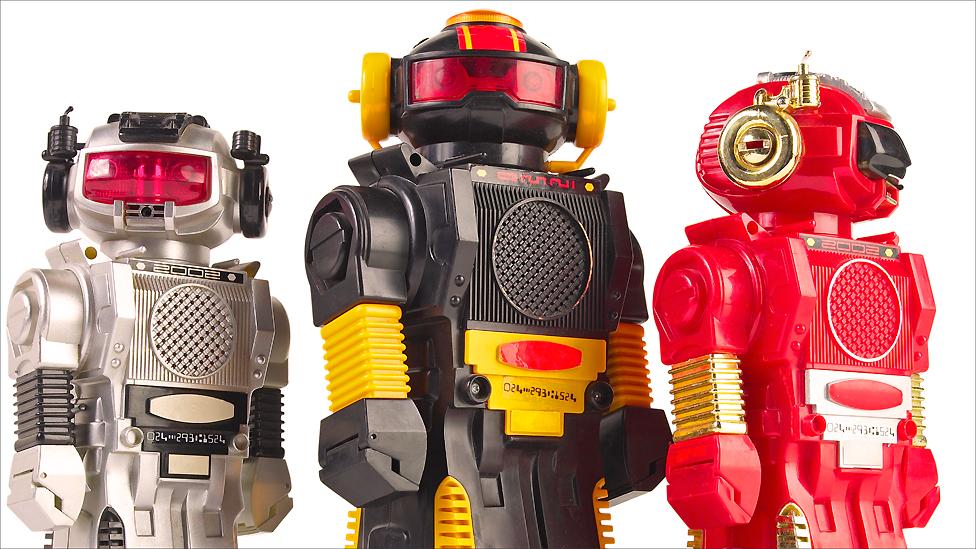 By John Pavlus 29th June 2012
Walking, talking androids have been a sci-fi staple for decades, but as John Pavlus reports building one in reality is still a matter of getting the right parts and smarts.

- We made you ‘cause we could.

- Can you imagine how disappointing it would be for you to hear the same thing from your creator?

In Prometheus, Ridley Scott’s film about a space expedition searching for the origins of human life, the elegant, Lawrence-of-Arabia loving android David discovers from a crew member the possible motives behind his own creation – and understandably finds this less than inspiring.

But the idea of creating intelligent robots has fired human imagination for decades. These robots have taken many forms in speculative fiction, from the seductive charms of Futura in Fritz Lang’s masterpiece Metropolis to the urbane, existential angst of David in Prometheus. In reality, though, how far have we progressed towards being able to create an intelligent robot just “’cause we could”?

To understand where we are now, we have to go back about twenty years, to a time when artificial intelligence research was in crisis. Rodney Brooks, then a professor of Electrical Engineering and Computer Science at the Massachusetts Institute of Technology, wrote a landmark paper in 1990 stating: "Artificial Intelligence research has foundered in a sea of incrementalism… small AI companies are folding, and attendance is well down at national and international Artificial Intelligence conferences... What has gone wrong?"

The problem, as Brooks saw it, was that the type of research inspired by Alan Turing’s famous artificial intelligence test had hit a dead end. The Turing test directed decades of AI efforts towards devising computer systems that “thought” by solving logic problems –focusing on the "sea of symbols", as Brooks put it, that were believed to undergird intelligence. These systems could shuffle and sort information with dizzying speed, giving them the appearance of intelligence when performing certain abstract tasks (like playing chess). But when it came to “common sense” intelligence – the kind we rely on when selecting a book from a bookshelf, distinguishing a cat from a dog or a rock, or holding a glass of water without dropping or crushing it – this symbolic, Turing-style AI couldn’t cope.

A better alternative for AI was to take a “situated” route, as Brooks called it. The first order of business: forget about building brains that can solve logical problems. Instead, focus on building bodies that can deal with and respond to the physical world. In other words: build robots.

There's something about an embodied agent that seems more "intelligent", in a general sense, than any algorithm. IBM's Watson system may be able to beat humans at Jeopardy! with its deep reservoir of facts – an impressive simulation of "book smarts". But Boston Dynamics' Big Dog robot, manoeuvering itself sure-footedly up hills and around unfamiliar obstacles, and even maintaining its balance when shoved by its human companion, actually seems to be smart – at least, in the same way a dog or horse is.

When Brooks wrote about this new kind of artificial intelligence in his 1990 paper, he introduced half a dozen robots who look like Big Dog's evolutionary ancestors. One of them was Genghis, a six-legged insect-like robot that could autonomously negotiate unfamiliar terrain in an eerily lifelike way, without any high-order processing or centralized control system. All it had were lots of simple sensors "tightly coupled" to motor controllers in each leg, loosely connected in a “nerve-like” network to pass sensory information between the motors, "without any attempt at integration".

Brooks's insight paved the way for Boston Dynamics' lifelike robots, as well as Brooks's own iRobot corporation (which manufactures Roombas and bomb-defusing robots for the military). And yet a truly intelligent robot – with parts and smarts equivalent even to that of a domestic dog – has yet to be built. Why? Not because situated AI turned out to be yet another dead end, but because it addressed a newer, harder problem, known as Moravec's Paradox. "It is comparatively easy to make computers exhibit adult level performance on intelligence tests or playing checkers, and difficult or impossible to give them the skills of a one-year-old [human] when it comes to perception and mobility," roboticist Hans Moravec wrote in 1988.

So how can we solve Moravec's Paradox? One approach is to take the assumptions of situated AI to their logical endpoint: If we want to build a robot with human-like intelligence, first build a robot with humanlike anatomy. A team of European researchers has done just that: their ECCERobot (Embodied Cognition in a Compliantly Engineered Robot) has a thermoplastic skeleton complete with vertebrae, phalanges, and a ribcage. Instead of rigid motors, it has muscle-like actuators and rubber tendons. It has as many degrees of movement as a human torso; it flops into a heap when its power is turned off, just like an unconscious human would. And most importantly, all of these parts are studded with sensors.

"The patterns of sensory stimulation that we generate from moving our bodies in space and interacting with our environment are the basic building blocks of cognition," says Rolf Pfeifer, a lead researcher on ECCERobot. "When I grasp a cup, I am inducing sensory stimulation in the hand; in my eyes, from seeing how the scene changes; and proprioceptively [in my muscles], since I can feel its weight.”

These sensory patterns are the raw material for the brain to learn something about the environment and how to make distinctions in the real world, says Pfeifer, and these patterns depend strongly on the particular actions we perform with our particular body parts. “So if we want the robot to acquire the same concepts that we do,” he says, “it would have to start by generating the same sensory patterns that we do, which implies that it would need to have the same body plan as we do."

For now, ECCERobot's humanoid physiology is so difficult to control that it can barely pick up an object, much less exhibit intelligent behaviour. But Pfeifer and his team aren't the only ones exploring this "anthropomimetic" strategy: Boston Dynamics, the same firm that created Big Dog, is working with DARPA, the US military's research wing, to develop a humanoid robot called ATLAS which will "use the arms in conjunction with the legs to get higher levels of rough-terrain locomotion," says Raibert.

In any case, says Pfeifer, building an intelligent humanoid robot – one that "can smoothly interact with humans and human environments in a natural way" – will require breakthroughs in computing and battery efficiency, not to mention a quantum leap in sensory equipment. "A really crucial development will be skin," he says. "Skin is extremely important in the development of intelligence because it provides such rich sensory patterns: touch, temperature, pain, all at once."

A robot with skin and human-like internal anatomy starts to sound less like a robot at all, and more like a synthetic organism – much like David in Prometheus. Which takes us back to the question he asks in the film. Or as Pfeifer more pragmatically puts it: "Why build a robot which is a very fragile and expensive copy of a human being?"

It is a very useful goal, Pfeifer argues. “Even if we still mostly want robots to do specialized tasks, there will be tons of spinoffs from an understanding of humanoid, intelligent behaviour. Yes, we'll draw inspiration from biology. But that doesn't imply that we won't go beyond it."

Will We Ever?
1Can computers ever think like us?
2Blade Runner's true predictions
Around the BBC