Is storing your life experiences on digital devices the same as remembering them? Tom Chatfield argues not.

When Google showed off its wearable “glasses” computer last month, geek jaws dropped around the world. To demo the spectacles – which boast a camera, microphone, internet connection, head-up-display and a touchpad – the company arranged a series of spectacular stunts. Skydivers streamed live video from their spectacles as they plummeted towards the earth, stunt riders continued the human chain on BMXs, before a final delivery of the product’s package by someone abseiling down the side of the convention centre.

Impressive. Yet what most struck me came later on in proceedings, when the company’s co-founder and driving force behind the project, Sergey Brin, described his excitement at a moment when he threw his young son into the air while wearing the glasses. The spectacles had captured an image of the moment exactly as he himself had seen it. It was, Brin reported, “amazing...  there was no way I could have that memory without this device." It’s a striking phrase, and it suggests to me the astonishing degree to which we are becoming able to outsource aspects of our minds and memories to the tools we carry with us.

Even leaving aside the millennia-old history of the written word, this isn’t a new thing in itself. As early as 1945, the American engineer and inventor Vannevar Bush described the potentials of a hypothetical system he dubbed “Memex”: a single device within which a compressed, searchable form of all the records and communications in someone’s life could be stored. It’s a project whose spirit lives on in Microsoft’s MylifeBits project, among other places, which attempted digitally to record every single aspect of a modern life – and presented the results in a book by researchers Gordon Bell and Jim Gemmell entitled Total Recall: How the E-Memory Revolution Will Change Everything.

What Google’s glasses suggest to me, though, is a giant leap forward in the sheer ease of capturing and broadcasting our lives from minute to minute – something that smartphones have already revolutionised once during the space of the last decade. Far more than mere technological possibility, it’s this portability and seamlessness that seem likely to most transform the way we live over the coming century. And it makes me wonder: what exactly does it mean when a computer’s memory becomes a more and more integral part of our own process of remembering?

The word “memory” is the same in both cases, but there’s a huge gulf between the phenomena it describes in people and in machines. Computers’ memories offer a complete, faithful and objective record of whatever is put into them. They do not degrade over time or introduce errors. They can be shared and copied almost endlessly without loss, or precisely erased if preferred. They can be fully indexed and rapidly searched. They can be remotely accessed and beamed across the world in fractions of a second, and their contents remixed, augmented or updated endlessly.

In computer terms, human memory is a poor thing: and it is in computing terms that we increasingly judge many aspects of our mind. From phone numbers and photographs to documents and diaries, we keep an increasingly vast quantity of memories important to our lives within machines: raw information, but also moments of feeling, of intimate exchange with friends and family.

I don’t, yet, have either a wearable computer or children of my own to throw into the air. But I am at an age when many of my friends are having their first children. And it is, I’ve realized, a story my phone tells more clearly than any other object. Scrolling back through the last few years of those text messages I’ve kept, I can find six announcements of births, often sent within hours or even minutes of the event. They’re similar enough to suggest a template: full name of the new arrival, time, weight in pounds and ounces, and an attached photograph.

It’s a lovely thing to have. But scrolling through these messages also prompts an uneasy feeling in my chest, because I know why I’ve kept them there: without referring to them, I have no idea of the names or the birthdays of most of my close friends’ firstborn children. I’ve replied to these texts, sometimes sent a card or gift as well, and then put the entire event out of mind. Despite the supplementary blogs, Facebook photos and network updates, these new arrivals seem barely to have impinged on my consciousness.

I am able to “remember” these children’s names in the same sense that I “know” the phone numbers on my phone: the information is in my possession. It makes perfect sense for me to keep records like this, on a device that is almost always switched on in my pocket. Yet simply to speak of this as “memory” risks a fundamental misunderstanding of what memories can signify to me as a human being – and of those aspects of the self, and of remembering, that cannot be outsourced to even the most sophisticated of devices.

Even the most comprehensive database lacks, for example, something that every human on earth takes for granted: a story. We are the products of our nature, but also of the unique experiences that reshape us throughout our lives. While we may identify the parts of our brain responsible for long- and short-term memories, there is no machine-simple memory module within us.

Indeed, there is no such thing as a human memory that exists outside of thought, feeling and selfhood. What we experience, do and learn becomes a part of us. We internalize events, people and ideas; we reflect, change our minds and misremember, possessing our pasts as a continuing part of our present. We cannot outsource our true memories any more than we can outsource our feelings or beliefs – nor can we separate them from “us”.

As the author Nicholas Carr puts it in his 2010 book The Shallows, “what gives real memory its richness and its character, not to mention its mystery and fragility, is its contingency. It exists in time, changing as the body changes . . . when we start using the web as a substitute for personal memory, bypassing the inner processes of consolidation, we risk emptying our minds of their riches.”

Each computer and device may be unique, and have a unique history, but it is not this uniqueness that makes them what they are. Often, they function despite their histories, as anyone familiar with the symptoms of operating-system slowdown will know. For a machine, the past is a clogging burden. Classifying information neatly and keeping the operational sector clean is best. It’s a fine lesson for the realm of work and productivity – but the exact inverse of what it takes to develop a well-stocked human mind. 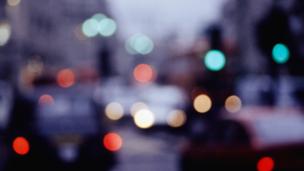 Why your brain loves to tune out 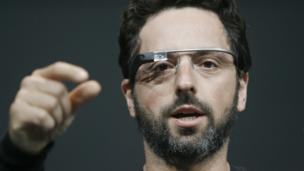 Developers react to Google glass
Around the BBC