Loading
Under the Radar | Anthropology
Social status: Why all men are not created equal
Share using EmailShare on TwitterShare on FacebookShare on Linkedin 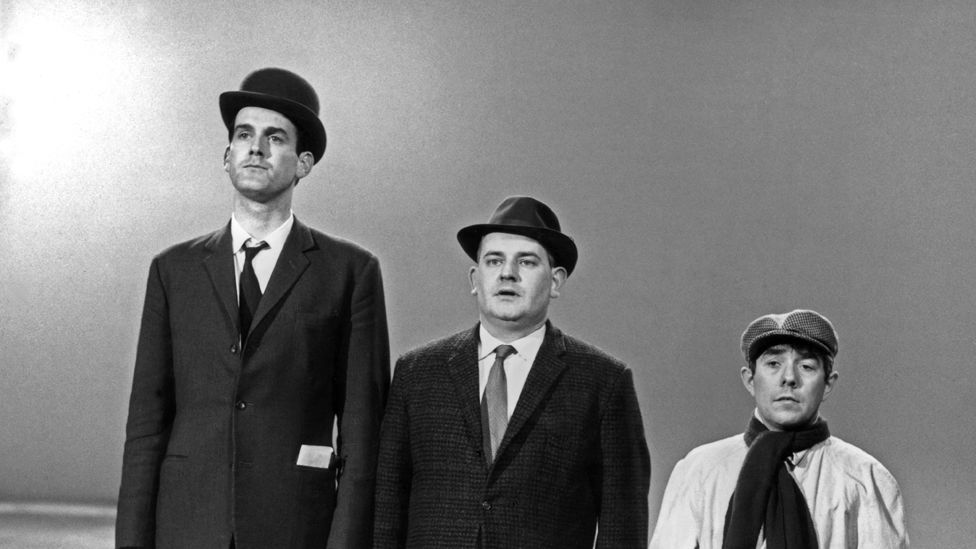 By Philip Ball 16th July 2012
Research suggests social hierarchies could be a law of nature and bring big benefits to communities.

“We hold these truths to be self-evident, that all men are created equal”, declared the signatories of the American Declaration of Independence, but the slave-owning Thomas Jefferson did not seem to think they need stay that way. Indeed, if there’s one characteristic shared by almost every human society, it is inequality: the existence of a social hierarchy.

Humans aren’t alone in that. But in an ant society, at least you know where you stand: you’re either a queen, a worker, or a male, fit for nothing but reproducing. Humans, in contrast, have complex, many-tiered and overlapping hierarchical structures: only we seem to have developed the exquisitely nuanced caste of the local government officer. And though some might dream of utopias in which no one has any more power or importance than another, these social hierarchies always rear their head eventually.

Is this, in fact, a law of nature? A paper in the Journal of Theoretical Biology by economist Tamas David-Barrett of Birkbeck College in London and anthropologist Robin Dunbar of Oxford University seems to say so. It shows that the existence of a social hierarchy in a community can be adaptive, in the sense that it helps the community to function more efficiently. That’s because the hierarchy can make it easier for any individual to get hold of useful, reliable information – where to find food, say, or how to get a plumber – without having to ask everyone.

One can say that the social hierarchy of ants is rather flat – every worker ant is like any other in social rank, amount of knowledge and so forth – while that of humans is generally both steep (with a strong differentiation of individuals) and many-layered. We’re not unique in having several embedded layers of structure – other primates, elephants and orcas do too. Like us, they split up into subgroups – but like us, these aren’t simply little communities isolated from one another, but are interwoven networks in which individuals form and maintain social links.

It’s within this network that the hierarchy is expressed. That needs little explanation: we’re all familiar with, and probably guilty of, the impulse to derive status from proximity to power – or these days, to celebrity. “I went to school with Bill Gates”, or “My cousin married a baron”, or “I once played in a band that supported U2.” Considered as an aspect of biological or cultural evolution, however, the network should serve a rather more well defined and valuable function if it is to develop and survive. After all, elephants, so far as we know, don’t have a celebrity culture.

David-Barrett and Dunbar propose that these hierarchical social networks facilitate the dispersal of useful information in communities that need to coordinate their behaviour – all looking for food in the same place, say – but which are too big for everyone to consult everyone else. They have devised a mathematical description of that task in which a community of agents is interconnected by social links between individuals, each of whom consults its own personal network in one-to-one interactions to make a decision. It doesn’t matter what exactly the decision is; in the model it’s represented simply as a choice of which direction to face. The question is how long it takes the whole community to coordinate their individual choices this way.

If everyone in the network is equivalent – there is no social hierarchy – then there’s an optimal size both of the whole community and of one’s personal network that allows group coordination to be reached most quickly.

If, however, there is one agent in the network who is at the top of the social hierarchy, who the two researchers call the “Big Man”, then the status of other agents depends on how closely connected they are to him.

How does this affect the group’s ability to coordinate its members’ choices? This depends on what the Big Man knows, since his choice is afforded more weight than others’. The Big Man’s closest contacts are also proportionately more influential, and so on down the social hierarchy. That helps the group to reach the right collective decision if the Big Man knows best. But if he’s wrong – if he’s deluded about where the food is, say – then coordination can be very slow. The more likely the Big Man is to be correct, the steeper the optimal social hierarchy.

This situation isn’t just restricted to cases where a Big Man is ‘right’ or ‘wrong’ – it could apply to coordination on some arbitrary issue, the existence of God say. The more the Big Man is regarded as authoritative, the more steeply hierarchical the society is. Conversely, the more scepticism there is about the Big Man’s opinion, the more egalitarian the society. Is this sounding familiar yet?

David-Barrett and Dunbar discover a particularly intriguing implication for our information age. One of the important factors in their model is the cost of communication: how hard it is to exchange information. It’s often suggested that by lowering the cost of communication, electronic networking will make it easier for everyone to access information and so will flatten the social hierarchy. The researchers find that, if there is an initial inequality in how information is distributed, lowering communication costs counter-intuitively sustains this steep hierarchy and promotes inequality. There’s less incentive to spread information around: you can just keep on looking until you find it.

If we want to avoid this effect of cheaper communication, they say, then we’ll need ways of compensating for it – for example, by greater social investment in education to disseminate knowledge. The web won’t do it for us.