Loading
Under the Radar | Human body
Can the sound of snoring reveal an illness?
Share using EmailShare on TwitterShare on FacebookShare on LinkedinShare on Whatsapp 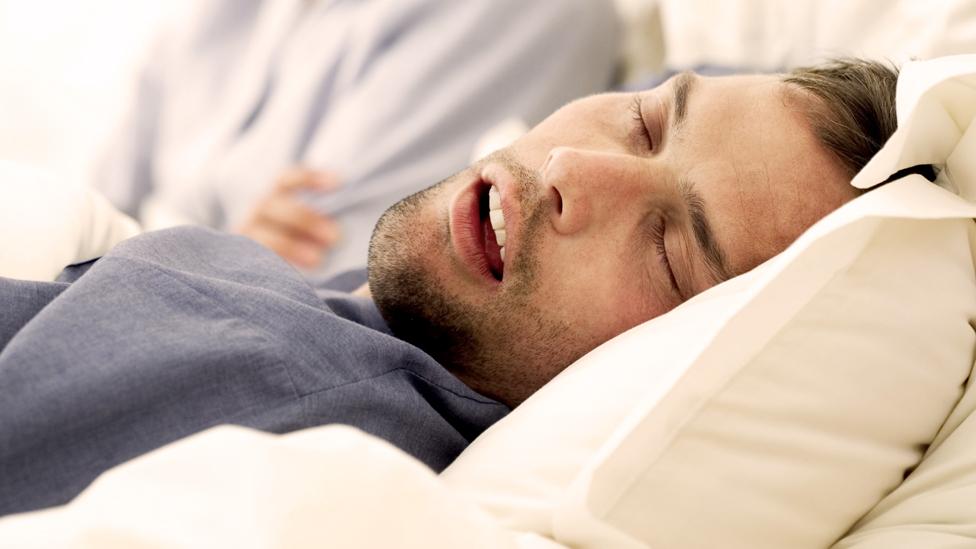 By Philip Ball 17th August 2012
Scientists say they have found a cheap and easy way of detecting a condition from recordings of people sleeping.
S

Snoring is no joke for partners, but it’s not much fun for the snorer either. Severe snoring is the sound of a sleeper fighting for breath, as relaxed muscles in the pharynx (the top of the throat) allow the airway to become blocked. Lots of people snore, but the loud and irregular snoring caused by a condition known as obstructive sleep apnea (OSA) can leave a sufferer tired and fuddled during the day, even though he or she is rarely fully awoken by the night-time disruption.

OSA is costly and laborious to diagnose, and it’s difficult to distinguish genuine OSA – which afflicts between 4% and 10% of the population – from ordinary snoring. Often a snorer will need to sleep under observation in a laboratory wired up to instruments that monitor brain waves, eye movement and other sleep-related activities. But a team in Brazil that brings together medics and physicists has a simpler solution: they say they have found a way of analysing snore recordings that is able not only to spot OSA but can distinguish between mild and severe cases.

Diagnosing OSA from snore sounds is not a new idea. The question is how, if at all, the clinical condition is revealed by the noises. Does OSA affect the total number of snores, or their loudness, or their acoustic quality, or their regularity – or several or all of these things? In 2008 a team in Turkey showed that the statistical regularity of snores has the potential to discriminate ordinary sleepers from OSA sufferers. And last year a group in Australia found that a rather complex analysis of the sound characteristics of snores, such as the pitch, might be capable of providing such a diagnosis, at least in cases where the sound is recorded under controlled and otherwise quiet conditions.

A person who snores but does not suffer from OSA typically does so in synchrony with breathing, with successive snores less than about ten seconds apart. In these cases the obstruction of the airway that triggers snoring comes and goes, so that snoring might stop for perhaps a couple of minutes or more before resuming. So for ‘healthy’ snoring, the spacing between snores tends to be either less than ten seconds or, from time to time, more than about 100 seconds.

OSA patients, meanwhile, have snore intervals that fall within this time window. The snores follow one another in train, but with a spacing dictated by the more serious restriction of airflow rather than the steady in-and-out of breathing.

Physicist Adriano Alencar of the University of São Paulo and his colleagues looked for unique patterns in OSA by measuring what they call a snore time interval index, which is a measure of how often the time between snores falls between 10 and 100 seconds. They compared this with a standard clinical measure of OSA severity called the apnea-hypopnea index (AHI), which is obtained from complicated monitoring of a sleeping patient’s airflow in a laboratory. (Hypopnea is the milder form of OSA in which the airway becomes only partially blocked.)

Alencar and colleagues found that the higher the value of their snore interval index, the higher the patient’s corresponding AHI is. In other words, the snore index can be used as a pretty reliable proxy for the AHI: you can just record the snores at home rather than going through the rigmarole of the whole lab procedure.

That’s not all. The researchers could also use a snore recording to figure out how snores are related to each other – whether there is a kind of “snore memory”, so that, say, a particular snore is linked to a recent burst of snoring. This memory is measured by a so-called Hurst exponent, which reveals hidden patterns in a series of events that, at first glance, look random and disconnected. An automated computer analysis of the snore series could “learn”, based on training with known test cases, to use the Hurst exponent to distinguish moderate from severe cases of OSA, making the correct diagnosis for 16 of 17 patients.

The work of Alencar and colleagues hasn’t yet been peer-reviewed. But in the light of the earlier studies of OSA signatures in snore sounds, it adds to the promise of an easy and cheap way of spotting snorers who have a clinical condition that needs treatment.

What’s more, it supports a growing belief that the human body generates several subtle but readily measured indicators of health and disease, revealed by statistical regularities in apparently random signals. For example, sensitive measurement of the crackling sounds generated when our airways open as we breathe in can tell us about the condition of our lungs, perhaps revealing respiratory problems, while ‘buried’ statistical regularities in heartbeat intervals or muscle movements encode information about cardiac health or sleep states. Our bodies tell us a lot about ourselves, if only we know how to listen.

Neurohacks
1Why do we need to sleep?
2'High costs' of sleep disorder
Around the BBC