Will space elevators ever be more than science fiction? Our space columnist meets the man who hopes to do away with dangerous and expensive rockets forever.

The Russians don’t do countdowns. For the final few seconds before launch those of us watching just hold our breath and stand well back. I find several thousand kilometres back at the European Space Agency’s mission control in Germany to be safest.

When ignition comes, the launcher is engulfed in clouds of toxic orange smoke before it rises through the inferno and accelerates into the clouds. Many of these Russian rockets, such as the Cosmos and Rockot launchers, are converted from missiles designed to deliver nuclear warheads. Given that their launch would originally have signalled the end of the world, I don’t suppose the toxicity of the smoke was a major design consideration.

Rockets are dangerous, complicated and relatively unreliable. No-one has yet built a launcher that is guaranteed to work every time. A misaligned switch, loose bolt or programming error can lead to disaster or, with a human crew, a potential tragedy.

Rockets are also incredibly expensive - even the cheapest launch will set you back some $12 million, meaning the cost of any cargo costs a staggering $16,700 per kilogram. Although the funky new space planes being developed, such as Britain’s Skylon or Virgin’s SpaceShipTwo, will slash the costs of getting into space, they are still based on rocket technology – using sheer brute force to escape the clutches of gravity.

But there is a radical alternative. Science fiction fans have long been familiar with space elevators. Popularised by Arthur C Clarke, the concept of an elevator from the Earth to orbit has been around for more than a century. In the space operas of Iain M Banks or Alastair Reynolds, space elevators are pretty much taken for granted – they’re what advanced civilisations use to leave their planets.

These futuristic engineering feats consist of a cable – also known as a ribbon or tether - of material stretching from the Earth’s surface into orbit. An anchor and Earth’s gravity at the lower end, and a counterweight and centrifugal force at the top end keep the elevator’s “cable” taut and stationary over ground station.  Robotic ‘climbers’ would then pull themselves up the ribbon from the surface, through the stratosphere and out into space, potentially powered by lasers. The climbers could carry satellites up and bring minerals from the moon, or asteroids, back. They could take tourists into orbit or convey astronauts on the first part of their journey to the stars. No longer would space exploration be held back by gravity or rely on smelly, dangerous and expensive rockets.

“You could take a ride for the cost of a first class airline ticket,” exclaims David Horn, the Conferences Chair of the International Space Elevator Consortium (ISEC). Estimates suggest that the cost of sending cargo into space could plummet to around $100 per kilogram. “A primary school could have a bake sale to cover the costs of sending a class science experiment into space.” Or, by selling enough cakes, even the entire class.

ISEC has been organising space elevator conferences for the past ten years – the latest will be held in Seattle later this month. They are attended by scientists, engineers and students from around the world, including those from various national space agencies like Nasa. There are also annual conferences in Europe and Japan and technical papers on various aspects of space elevators are published every year.

"There’s global interest,” says Horn. “Reducing the cost to access space will change the global economy.” Which would be wonderful, but how much of this interest is just wishful thinking?

Although the concept is simple, the engineering challenges that have to be overcome are awesome. The secret is to find the right material for the ribbon, which has to be light, strong, flexible…oh, and stretch, without breaking, for some 100,000 km (62,000 miles) – higher than geostationary orbit.

The current favoured material for this mega-cable is carbon nanotubes. Made up of interlinking carbon atoms, rolled up into a cylinder, each carbon nanotube is around a millionth of a millimetre in diameter. By sticking a load together you end up with a structure that’s lightweight, strong and flexible.

“This material, or something similar, is the key to making the space elevator a reality,” says Horn. “Carbon nanotubes can be spun into cables and tethers, just like rope is made…theoretically they would be strong enough. We just need to figure out how to manufacture the ribbon out of these materials in large quantities.”

At each annual conference they try to hold a ‘string tether competition’ to see how things are progressing. “No-one has won the competition yet as the bar is pretty high,” Horn says. “Every year we see improvements and better tethers entered.”

“Once the materials aspect is figured out, the rest is just engineering and political problems to solve,” Horn explains. However, the list of these problems is, even for space elevator advocates, rather daunting. It ranges from issues such as how do you operate space elevators (the theme of this year’s conference) to the political treaties required to permanently connect Earth and orbit. From how you go about deploying an enormously long cable (not a job handled by your average scaffolding contractor), to concerns about radiation exposure for human occupants of the climber.

But Horn remains optimistic. Even the proposed length of the space elevator ribbon is not beyond engineering feats, he says, if you consider “there are 80,000 miles of cable in the Golden Gate Bridge”.

Price estimates vary from $10 to $50 billion, which is still cheaper than the cost of the International Space Station (ISS). A space elevator would also take around the same amount of time to build as the ISS and would, arguably, be much more useful.

“Once we have the materials science capability,” says Horn, “we could have the first one built and operational in about a decade with a concerted effort.”

It’s easy to be dismissive of such a grand scheme but the space elevator concept is being taken seriously by a lot of people. The more we use space, the more apparent the limitations of current rocket launchers are becoming. The phenomenal cost is almost certainly holding us back – a point illustrated by the difficulties faced by academics trying to launch small satellites (and covered in my previous column). Space elevators are possible; eventually, I would suggest, they are also inevitable.

“Once we have a big breakthrough, then we can start the clock to build the first Earth space elevator,” says Horn. And if you can’t wait that long, he has another suggestion. “In the meantime, with existing materials, we could build one on the Moon.”

My thanks to BBC Future Facebook followers for the inspiration for this column, there were two people in particular who I should mention but unfortunately, I’ve lost your names…you know who you are. All ideas welcome - Richard. 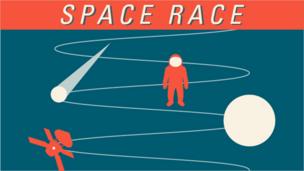 How big is space? 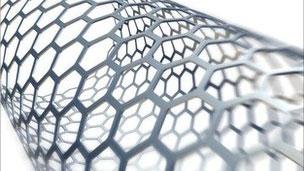