Loading
Life:Connected | Gadget
Apple, Samsung and why gadgets all look the same
Share using EmailShare on TwitterShare on FacebookShare on Linkedin 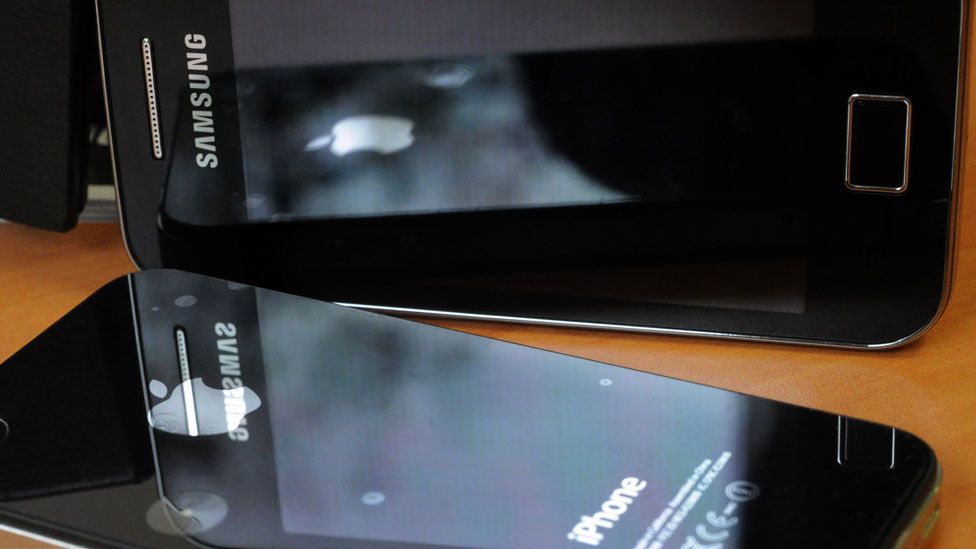 Apple’s recent victory over Samsung in its patent dispute has been fascinating for a number of reasons - not least for those who enjoy guessing just how much victory could be worth to a company that’s already more valuable than Google, Microsoft and Intel combined.

But one other idea it’s brought to the fore is a notion that seems delightfully fuzzy for such a high-stakes legal arena: “obviousness”. As attorney Leonid Kravets points out on TechCrunch, this is one of the most important ideas in enforcing technology patents: just how obvious was the idea embodied in a particular patent at the time that an invention was created?

Back in the prehistoric era of 2007, for example, Apple’s decision not to place a physical keyboard on a smartphone was seen by many as a radical - even a ridiculous - move. Today, the five-year-old designs of almost any device from that era seem clunky to the point of ludicrousness. Apart, of course, from the design that was poised to shift the paradigm for everybody else: Apple’s.

What this highlights is not so much the genius of one company as the staggeringly accelerated rate at which successful digital innovations become “obvious” - before slipping inexorably into the realms of quaint, retro and obsolescence.

Even fashion can’t hold a candle to the thoroughness with which digital technologies’ functions, appearances and assumptions outdate. And - as the focus of the Apple/Samsung trial on user interfaces suggests - perhaps the knottiest of these areas is not what’s actually going on within computer hardware, but what someone experiences when they start interacting with a device.

Consider web design. Through most of the 1990s, when the web was less than a decade old, diversity ruled even among the biggest online destinations. The digital realm was smaller and stranger, with early adopters on both sides of many screens: a few lucky or talented individuals at corporations creating new kinds of models for business and a few million users, trawling the arbitrariness of such offerings.

One design classic from the late 1990s is Apple’s own website. Boasting the “World's Fastest Home Computer”, running at a blistering 300 MHz, it comes not so much from a different time as from an entirely different frame of reference and expectation, with an appearance and functionality to match.

The fact that technology changes rapidly is hardly surprising. What matters, though, is what comes packaged with the creeping “obviousness” of those successes that define every leap forward. For when it comes to design, it’s increasingly clear that the greatest pressure here is not necessarily towards innovation. Rather, the combination of blistering pace with brutally Darwinian levels of competition exerts a considerable pressure towards its inverse: homogenization.

To launch a serious digital service, today, means many hundreds of hours of user testing, the minute observation of everything from eye movements to depths of engagement, recorded within fractions of a second, and exhaustive analyses of navigation according to best current practice. The responsible recipe for success is also, above all, a recipe for making everything look and feel the same.

For some, of course, the sameness of others’ offerings still represents an opportunity for disruption (or, depending on your perspective, for a desperate attempt to divert current trends): witness the massive weight Microsoft is preparing to put behind the launch of its latest operating system, Windows 8, in October.

Yet almost all companies hoping for digital success may increasingly find themselves caught between a rock and a hard place when it comes to the tyranny of user experience. Originality is a costly gamble, while imitation means either joining the back of a long queue - or borrowing someone else’s successful formula a little too closely.

The exceptional has always tended to become the ordinary over time in business and technology alike: this is the very definition of a certain kind of success. Online, however, and in the instantaneously global arenas of user interfaces and digital experience, the combination of pace and precedent is especially brutal. This arguably makes distinctiveness a more precious commodity than ever. Yet, with both the stakes and user expectations higher than ever, it’s difficult to see how this can consistently be achieved in a context where most players have to sprint to remain even close to the cutting edge.

What, then, is to be done? Even if you’re one of the few corporations able realistically to think about shifting user expectations, the answer may feel like very little. Yet the history of the web has a warning to offer even to the mightiest giants. When the seemingly relentless innovations of a first decade coalesce into consensus, even the deepest moat of patents and licences won’t protect you when the next generation of obviousness emerges elsewhere.