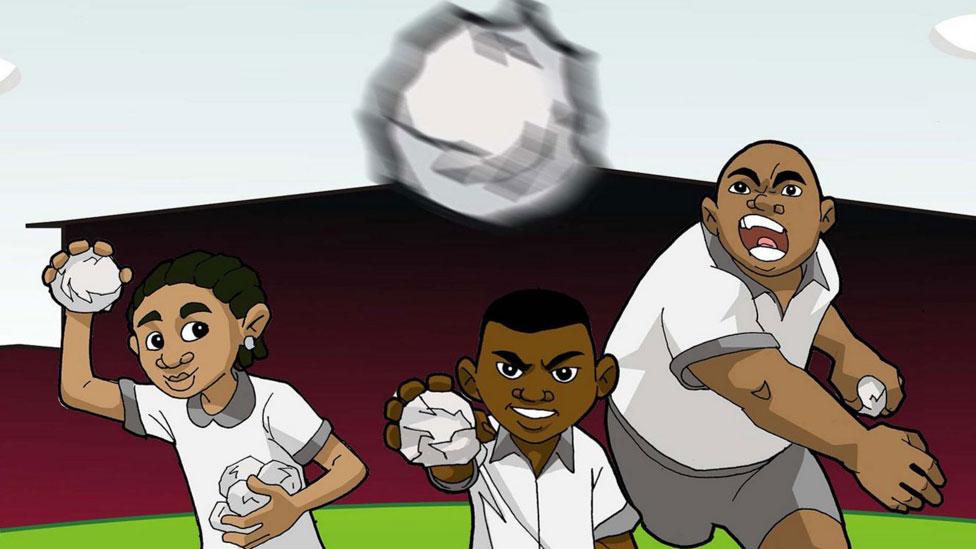 By Clark Boyd 18th November 2014
Meet the Nigerian video gaming firm that aims to take on the biggest names in the business.
F

For Hugo Obi, mosquitoes are an unlikely source of inspiration.

"They are very common here and throughout Africa," says the co-founder of a start-up called Maliyo Games, based in Lagos and London. "They are a menace to society."

When he talks about the bugs, he is not only referring to the scourge of malaria that mosquitoes bring, but also the day-to-day dreariness of swatting and squashing them.

"We wanted to turn that into a game," he says enthusiastically. "So we created Mosquito Smasher." The web-browser based game is simple. You use the mouse to control a thumb that hovers above a bunch of mosquitoes. Then a timer starts and you have to squash as many as possible in the time allotted.

It may be difficult to comprehend the “fun” that can be had recreating task that is so repetitive in real life, but it is a recipe that has proved popular for other so-called casual games. Think of FarmVille, where players tend crops and animals over and over, yet has more than 70 million players. The difference with Obi’s games is that they are made specifically for the African market.

It began when Obi, who grew up in Nigeria but studied and worked in Britain and Singapore, started looking at the popularity of Nigerian film and music, and thought the time was right to develop home-grown games.

"It was the missing piece," is how Obi's partner, Oluseye Soyode-Johnson, put it in a recent YouTube interview.

"We looked at the local culture, the local attitudes and trends, and we tried to make games out of them," Obi says. For Maliyo, that meant creating local characters, and putting them in familiar environments. In a game called Okada Ride, you are the cheeky driver of one of the many motorbikes (Okadas) that can be found on the streets of Lagos. In an effort to get to your office as quickly as possible, you pilot the bike through traffic, and avoid potholes, policemen, and other obstacles that are common on Nigeria's streets and roads.

Other Maliyo titles include "Kidnapped," where you try to rescue Mr and Mrs Do-Good, a generous couple from your neighbourhood who have been abducted and are being held for ransom, and "My Village," a game that taps into people's memories of the rural life they led before moving to big cities like Lagos.

The games, Obi says, are proving popular not just in Nigeria, but in other big African markets such as Kenya and South Africa. And he only expects the market to grow as Maliyo makes mobile versions of its games.

It's not hard to see why Maliyo wants to get its games onto mobile platforms as quickly as possible. "There are more than 700 million mobile connections across Africa," notes Jonathan Hoehler, manager of mobile technologies at Deloitte Digital South Africa. "The market for mobile games is strong, particularly when associated with key themes like soccer and music, which have religious-like followings across the continent."

Some African companies like Starfish Mobile have already tapped into that by creating text-message based trivia games around those themes. The focus on text-based games makes good business sense in African markets where smartphones do not yet dominate, and where the data costs of downloading games or playing them online is still too high for many would-be gamers.

But Hoehler, along with tech consultant Andrew McHenry, note that the African mobile landscape is changing rapidly. The cost of mobile internet access is dropping. So too is the cost of web-friendly smartphone handsets. "The biggest trend right now is probably the rise of $50 to $100 Android-based smartphones across the continent. As we see more of these devices come online, you'll see more native application games with in-app purchasing becoming available."

Many of these new phones, they note, are being offered by Chinese companies eager to enter the African market.

Hugo Obi of Maliyo sees this as a huge opportunity for businesses that want to produce Africa-themed content. He thinks that African gaming will be worth billions of dollars in a few years time. "We want to have a significant share of this market," he adds.

Toward that end, Maliyo has already made Okada Ride available via Ovi, the Nokia app store. He says a Facebook version is planned sometime in the next month. The goal, Obi says, is to eventually have all of Maliyo's titles available as downloadable apps for iOS, Android, Blackberry and Symbian.

For now, the games are free. Obi says Maliyo wants to first raise awareness of its offerings, and then find ways to make money on them. The company is currently thinking of in-app advertising and product placement, along with in-app purchases and power-ups, as the potential money-makers. Maliyo is also looking into doing content-specific deals with Africa's larger cell-phone providers.

Obi notes two big challenges in the future. One is the technical challenge of making it easier for African consumers to pay for their purchases online. The other, he says, is cultural. "Traditionally, Africans don't use credit or debit cards to purchase things on the web, or on mobile devices. So, we need to think about how we're going to give people opportunity to purchase these games, or make in-app purchases."

But he has no doubt that the demand for African games is there, and that a game that works in Nigeria can work in many other places. "There are a lot of cross-cultural values across the continent," says Obi. "There are shared fights, shared visions, and shared experiences." There is also a large African diaspora, he notes, that might be interested in playing a quick game that gives them a taste of home.

"What is exciting about gaming content is that it's universal. You even potentially have a non-African consumer base that might be interested in having an African narrative, an African experience, through games."