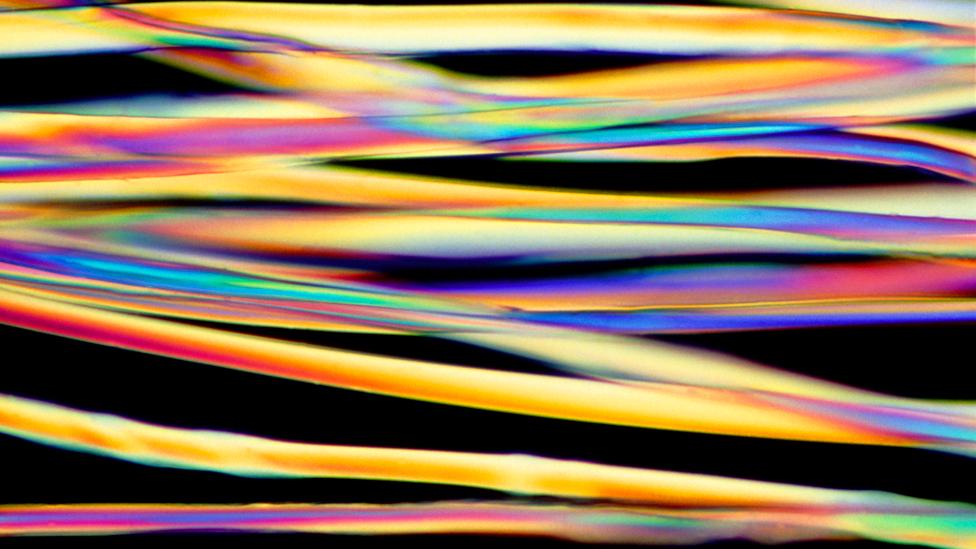 By Philip Ball 14th September 2012
There’s more to silk than glamorous clothing – it could eventually put biodegradable computers on the menu.
E

Electronic waste from obsolete phones, cameras, computers and other mobile devices is one of the scourges of this information age. The circuitry and packaging is not only non-biodegradable but is laced with toxic substances such as heavy metals. Imagine, then, a computer that can be disposed of by simply letting soil bacteria eat it – or even, should the fancy take you, by eating it yourself.

Biodegradable information technology is now closer to appearing on the menu following the announcement by Fiorenzo Omenetto of Tufts University in Massachusetts, United States, and co-workers that they could create a laser from silk.

In collaboration with David Kaplan, a specialist in the biochemistry of silk at Tufts, Omenetto has been exploring the uses of silk for several years. He is convinced that it can offer us much more than glamorous clothing. It is immensely strong – more so than steel – and can be used to make tough fibres and ropes. In the Far East, silk was once used to pad armour, and in pre-revolutionary Russia a form of primitive bullet-proof clothing was made from it. It can be moulded like plastic, yet is biodegradable: silk cups can be thrown away to quickly break down in the environment. It is also biocompatible, and so could be used to make medical implants such as screws to hold together mending bones, or artificial blood vessels. You can even eat it safely, although it doesn’t taste good.

What’s more, all of this comes from sustainable and environmentally friendly processing. Spiders and silkworms make silk in water at ordinary body temperature, spinning the threads from a solution of the silk protein. Harvesting natural silk is one option, but the genes that encode the protein can be transferred to other species, so that it can be produced by bacteria in fermentation vats, or even expressed in the milk of transgenic goats. Turning this raw silk protein into strong fibres is not easy – it’s hard to reproduce the delicate thread-spinning apparatus of spiders – but if you just want to cast films of silk as if it were a plastic then this isn’t an issue.

Perhaps some of the most remarkable, and apparently unlikely, potential uses for this ancient material are in high-tech optical technology – such as the type that forms the basis of optical storage and telecommunications. Using microscopic moulds, silk can be shaped into structures that reflect and diffract light, like those on DVDs – it will support holograms, for instance. Its transparency commends it for optical fibres, and Omenetto and colleagues have previously shaped silk films into so-called waveguides, rather like very thin optical fibres laid down directly on a solid surface such as a silicon chip.

But rather than just using silk to passively guide and direct light, they wanted to generate light from it too. And so this led to their idea of creating a silk laser.

In a laser, a light-emitting substance – the lasing medium – is sandwiched between mirrors that allow the light to bounce back and forth. The medium is brought to a light-emitting state by pumping in energy, typically using either another light source or an electrical current. Any light that is emitted is trapped by the mirrors, which triggers further emission as it bounces to and fro, very rapidly escalating into the sudden release of all the light in an avalanche. This puts all the light waves in step with one another, which is what gives laser light its intensity and narrowly focused beam. The beam eventually escapes through one of the mirrors, which is designed to be only partially reflective.

Silk doesn’t absorb or emit light at the visible and infrared frequencies used in conventional telecommunications and optical information technology. So to make it into a fully working laser medium, one needs to add substances that do. Organic dyes (carbon-based molecules) are already widely used, dispersed in a liquid solvent or in some solid matrix, to make dye lasers. The researchers figured they could mix such a dye into silk. They used one called stilbene, which is water-soluble and closely related to chemical compounds found in plants and used as textile brighteners.

In collaboration with Stefano Toffanin and coworkers at the Institute for the Study of Nanostructured Materials in Bologna, Italy, Omenetto and colleagues etched a series of grooves about a quarter of a micrometre wide on the surface of a slice of silicon, which act as a mirror for the bluish-purple light that stilbene emits. They then covered this with a layer of silk spiced with the dye, and found that when they pumped this structure with ultraviolet light, it emitted light with the characteristic signature of lasers: an intense beam with a very narrow spread in frequency.

Making the device on silicon means that it could potentially be controlled electronically and merged with conventional chip circuitry. But that’s not essential – silk-based circuits and devices could be laid down on other materials, perhaps on cheap, flexible and degradable plastics.

This isn’t the first time that biological materials have been used to make lasers. For example, in 2002 a team in Japan made one using films of DNA infused with organic dyes. And last year, two researchers in the US and Korea made lasers from living cells engineered to produce a fluorescent protein found naturally in a species of jellyfish. But the attraction of silk is that it is cheap, easy to process, biodegradable and already used to make a range of other light-based devices.

There might be even more dramatic possibilities. Recently, Omenetto and colleagues showed that silk is a good support for growing neurons, the cells that communicate nerve signals in the nervous system and the brain. This leads them to speculate that silk might mediate between optical and electronic technology and our nervous system, for example by bringing light sources intimately close to nerve cells for imaging them, or perhaps even developing circuitry that can transmit signals across damaged nerves.