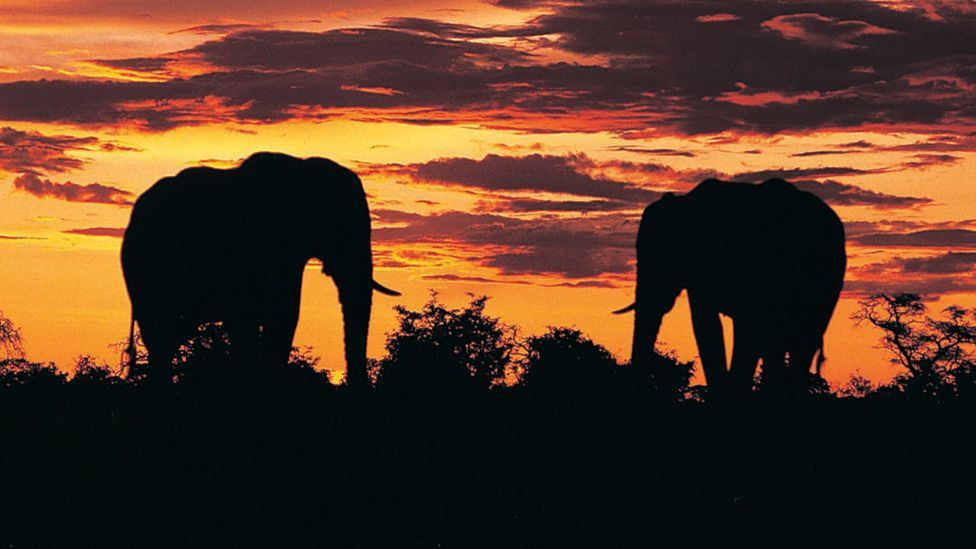 By Jason G Goldman 19th September 2012
We know humans find some form of value in guarding or watching the bodies of the deceased, but in the first article for his new column, Jason Goldman explains how we are beginning to discover that animals may have similar needs.
W

When a Jewish person dies, according to tradition, a member of a group called the chevra kadisha stays with the body from death until burial, continually reciting passages from the book of Psalms. For those in the Catholic church, friends and family members gather together in the presence of the deceased in a ceremony called a wake. Similarly, when ancient Romans died, relatives immediately gathered around the body, reciting lamentations. The body was kept close, in the atrium of the family home, until the funeral procession began.

These behaviours transcend cultural boundaries. While the details vary from tradition to tradition, the pattern is undeniable: humans seem to find value in guarding or watching the bodies of the deceased for some period of time following death.

But as we are beginning to discover, these behaviours may transcend species boundaries as well.

On 10 October 2003, a researcher watched as a female elephant named Eleanor collapsed. Her swollen trunk had been dragging on the ground while her ears and legs displayed evidence of another recent fall. One of her tusks was broken. An elephant named Grace, a member of a different social group, galloped towards Eleanor and tried to heave Eleanor back to her feet with her massive tusks, but Eleanor's back legs were too weak. The rest of the herd had moved on, but Grace remained with Eleanor at least another hour, until the sun disappeared below the horizon and night fell over Kenya. Eleanor died the following morning at 11am.

The parade of elephants that followed may – in some deep, fundamental way – be no different from those who gather to pay respects to a dignitary lying in state. Over the course of several days, the carcass was visited by five other elephant groups, including several families that were completely unrelated to Eleanor. The elephants sniffed and poked the body, touching it with their feet and trunks. Even though the carcass had been visited by jackals, hyenas, vultures, and was under the control of lions by the fourth day, the elephants were rarely more than a few hundred metres away during daylight hours.

Since interest in the carcass was not just limited to Eleanor's relatives, the observing scientists tentatively concluded that elephants had a "generalised response" to the dead. Supporting evidence for his conclusion comes from other studies, both observational and experimental. While these behaviours are clearly different from human death rituals, they’re still unique as far as elephant behaviour goes.

But humans and elephants aren’t the only ones to visit the bodies of the recently deceased. On 6 May 2000, a dead female dolphin was spotted on the seabed, 50 metres from the eastern coast of Mikura Island, near Japan. Two adult males remained with the body at all times, leaving the body only briefly to return to the surface to breathe. As the cause of death was unknown, divers attempted to retrieve the body. However, the presence of the two males prevented a successful retrieval. Returning the following day in an additional effort to recover the carcass, the researchers found the same two males guarding the female, again making recovery impossible. By the third day, the carcass had disappeared. Researchers assumed that it had simply drifted into deeper waters.

It’s far from being the only documented instance of dolphin death rituals. On 20 July 2001, a dead sub-adult male was spotted on a nearby seabed, wedged between two large boulders, attended by at least twenty other dolphins, both male and female. As divers attempted to approach and retrieve the body, groups of one to three male dolphins displayed aggressive postures, intercepting the swimmers, though their aggression did not escalate beyond posturing. Like the African elephants, the attending dolphins nudged and pushed at the carcass with their beaks and heads, appearing stressed and agitated. After divers finally retrieved the body, several of the dolphins continued to swim around the boat until it finally left to return to port.

And when a dead dolphin calf was spotted by another group of scientists near the Canary Islands in April 2001, it was also surrounded by several other dolphins, one of whom was presumed to be the mother. By the third day, the calf was floating on the surface, and by the fourth day, the calf was started to show signs of decay. While they did not attempt to recover the body, the researchers noted that whenever even a seabird attempted to approach the floating calf, it would immediately be chased away by the other dolphins.

As this group of dolphins was under continuous human observation, researchers could be reasonably certain that they were acting differently than usual. They travelled slower, remaining in the same general area far longer than was typical. Both of these observations suggested that they were responding specifically to the death of the calf. In each case, the attending dolphins worked together to prevent others from approaching the dead body, sometimes showing signs of aggression to those who tried. In each case, the attending dolphins deviated from their typical routines.

Chimpanzees, on the other hand, maintain their routines. When an infant chimpanzee dies, his or her mother will carry the lifeless body around for days. Sometimes for weeks or months. The mother continues to groom the body, slowing the inevitable decay. She only stops interacting with the corpse when it has decomposed so much that it is no longer recognizable. When a three-month-old female chimpanzee was killed in June at the LA Zoo, keepers allowed Gracie to retain her infant's body for several days, so that she'd be able to carry out this sort of chimpanzee grieving process.

This chimpanzee ritual was described in depth after researchers in Zambia chanced upon a female named Masya who was interacting with the dead body of her four-month-old infant. Writing in the American Journal of Primatology, researcher Katherine Cronin speculates: "The behaviours expressed by this female chimpanzee when she first endures physical separation from her dead infant provide valuable insight into… the possible ways in which chimpanzees gather information about the state of responsiveness of individuals around them (hence learning about ‘death’)." Similar practices have been observed among gorillas, baboons, macaques, lemurs, and geladas.

Elephants, dolphins, and chimpanzees all have complex social behaviours that we only partly understand. Since it is so rare for humans to observe a natural death in the wild, most of the information that we do have comes from non-experimental case studies thanks to quick-thinking researchers. Even still, the available evidence offers an important reminder that humans are not the only animals who respond to death in a particular way. And the list of non-human animals that seem to do so keeps expanding: recent reports suggest that giraffes and western scrub jays may mourn as well, each with their own customs.

But we humans like to convince ourselves that we are somehow special, unique among the entire animal kingdom. And in some ways, we are. But for every facet of life that is unique to our species, there are hundreds that are shared with other animals. As important as it is to avoid projecting our own feelings onto animals, we also need to remember that we are, in an inescapable way, animals ourselves.

Is it possible that we're simply offering post-hoc explanations in an effort to justify behaviours to which we're naturally driven? The mortician who carefully embalms the recently deceased may have a great deal more in common than he realises with the chimpanzee who painstakingly removes parasites from her dead infant. What bonds us with the chimpanzee in this sense is that we are, in our different ways, simply trying to understand death.

Will We Ever?
1Will we ever... talk to animals?
2Fossil records 'crab' death march
Around the BBC