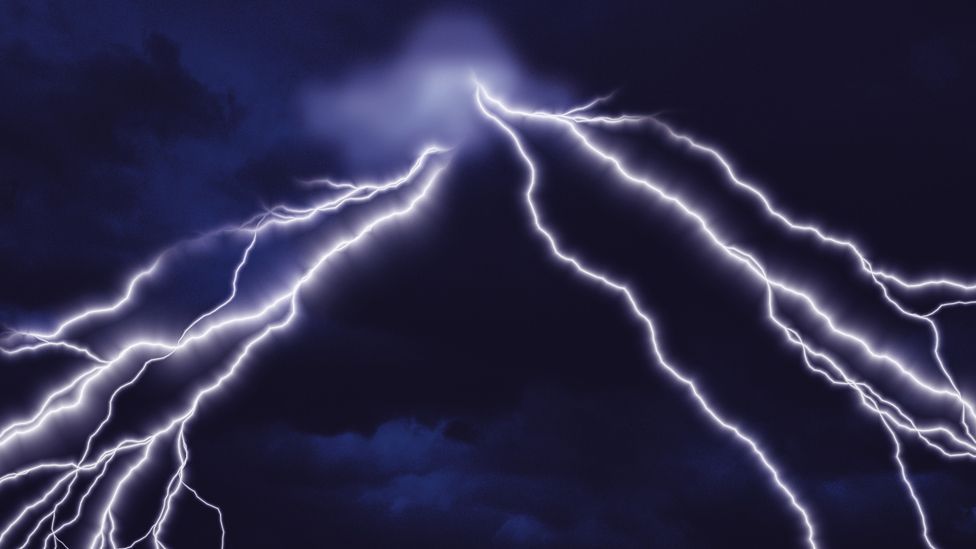 By Philip Ball 27th September 2012
Scientists are still puzzled as to what triggers a spark during a thunderstorm. The latest attempt to answer the question only adds to the intrigue.
I

It seems hard to believe that we still don’t understand what causes lightning during thunderstorms – but that’s a fact.

Famously, Benjamin Franklin was one of the first people to investigate how lightning is triggered. He was correct to conclude that lightning is a natural electrical discharge – those were the early days of harnessing electricity – but it’s not clear that his celebrated kite-and-key experiment in 1752 ever went beyond a mere idea, not least because the kite was depicted, in Franklin’s account, as being flown – impossibly – out of a window.

In some ways we’ve not got much further since Franklin. It’s not yet agreed, for example, how a thundercloud gets charged up in the first place. Somehow the motions of air, cloud droplets, and precipitation (at that altitude, ice particles) conspire to separate positive from negative charge at the scale of individual molecules. It seems that ice particles acquire electrical charge as they collide, rather as rubbing can induce static electricity, and that somehow smaller ice particles tend to become positively charged while larger ones become negatively charged. As the small particles are carried upwards by convection currents, the larger ones sink under gravity, and so their opposite charges get separated, creating an electrical field.

A lightning strike discharges this field. It is basically a gigantic spark jumping between the “live wire” and the “earth” of an electrical circuit, in which the former is the charged cloud and the latter is literally the earth.

While many details of this process aren’t at all clear, one of the biggest mysteries is how the spark gets triggered. Since the electrical fields measured in thunderclouds don’t seem nearly big enough to induce a lightning discharge spontaneously, something is needed to “seed” it. One idea is that they are triggered by cosmic rays streaming into the atmosphere from space. A study has tried to interrogate that notion and finds that, if there’s anything in it, it’s probably not quite in the way we thought.

Cosmic rays – mostly protons and electrons – pervade the universe, being produced in awesomely energetic astrophysical processes like supernovae, and they are constantly raining down on Earth. If a cosmic ray collides with an air molecule, this can kick out a spray of fundamental particles and fragments of nuclei. Those in turn interact with other molecules, ionising them and generating a shower of electrons.

In 1997, Russian scientist Alexander Gurevich and his coworkers in Moscow suggested a way in which cosmic rays could be lightning seeds. In the electric field of a thundercloud, these electrons are accelerated, much as particles are in a particle accelerator, creating yet more energetic collisions in a “runaway” process that builds into a lightning strike. This process is expected to produce X-rays and gamma-rays too, and since bursts of these rays have been detected by satellites during thunderstorms, Gurevich’s idea of cosmic-ray-induced lightning seemed plausible.

If the cosmic-ray theory is right, the avalanche of electrons should also generate radio waves, which would be detectable from the ground. Three years ago, Joseph Dwyer of the Florida Institute of Technology began trying to detect such radio signals from thunderstorms, as well as using arrays of particle detectors to look for the showers of particles predicted from cosmic-ray collisions. These and other studies by Dwyer and other groups are still being conducted (literally) at the International Center for Lightning Research and Testing at the US Army base of Camp Blanding in Florida.

But meanwhile, Dwyer has teamed up with Leonid Babich and his colleagues at the Russian Federal Nuclear Center in Sarov to delve further into the theory of Gurevich’s idea. (The Russian pre-eminence in this field of the electrical physics of the atmosphere dates from the cold-war Soviet era.) They have asked whether the flux of high-energy cosmic-rays, with their accompanying runaway electron avalanches, is sufficient to boost the conductivity of air and cause a lightning strike.

To do that, the researchers have worked through the equations describing the chances of cosmic-ray collisions, the rate of electron production and the electric fields this induces. The equations are too complicated to be solved by hand, but a computer can crunch through the numbers. And the results don’t look good for Gurevich’s hypothesis: runaway electron avalanches produced by cosmic-ray showers just don’t seem capable of producing electrical breakdown of air and lightning discharge.

However, all is not lost. As well as the particle cascades caused by collisions of high-energy cosmic rays, the atmosphere can also be electrified by the effects of cosmic rays with lower energy, which are more plentiful. When these collide with air molecules, the result is nothing like as catastrophic: they simply ionise the molecules. But a gradual build-up of such ionised particles within a thundercloud could, according to these calculations, eventually produce a strong enough electrical field to permit a lightning discharge.

That possibility has yet to be investigated in detail. But Dwyer and colleagues think that it leaves an avenue still open for cosmic rays to lie at the origin of lightning bolts.

Under the Radar
1Body shock: The energy inside
2US Army develops lightning weapon
Around the BBC