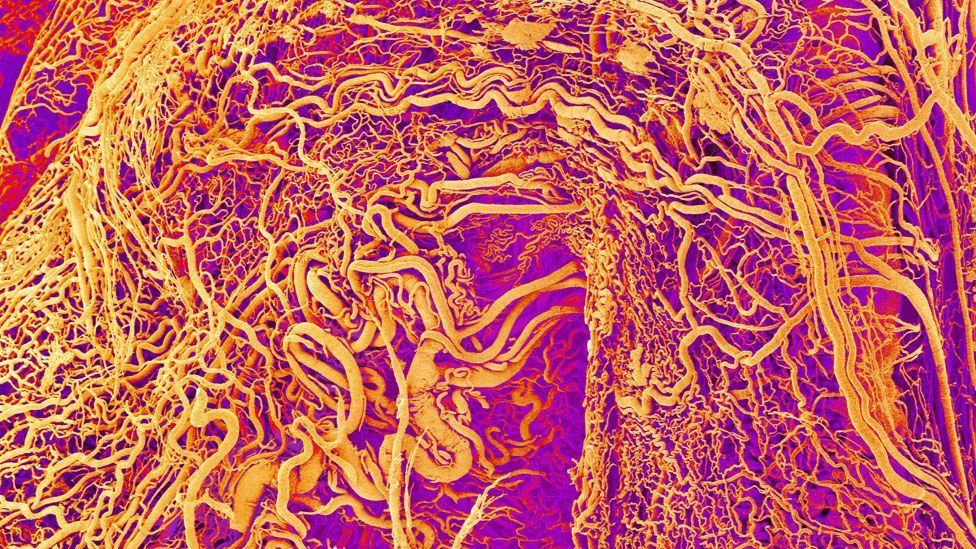 By Emily Anthes 18th November 2014
Materials that take their inspiration from how skin repairs itself could one-day be used to build self -healing planes or buildings.
B

Break a toe and your body will slowly fuse the bones back together; scrape your knee and your skin will eventually heal itself.  The same, however, cannot be said for the man-made materials that we use to build bridges, aircraft and skyscrapers. Once snapped, cracked or bent, materials such as plastic, steel, and concrete are difficult – or impossible – to repair.

But that could soon change. Material scientists are now actively borrowing nature's capacity for regeneration and repair in an attempt to create materials that heal themselves.

Over the years, engineers have tackled the problem using a variety of strategies. But Nancy Sottos, an engineer at the University of Illinois at Urbana-Champaign, has been developing a novel approach that borrows from human physiology. Inspired by human skin, Sottos creates plastics that “bleed” when cut and can heal themselves over and over again. Her work is paving the way for new materials that can respond and react to all sorts of environmental stresses. At a mundane level, this could cut down on costly maintenance and inspections, but perhaps more importantly it could also help prevent catastrophic – and potentially deadly - failures.

When man-made structures fail, they often do so spectacularly—with, say, a bridge collapsing under the weight of rush hour traffic. But such dramatic breakdowns often have much smaller, humbler beginnings. “When a material fails, oftentimes it’s not a big catastrophic event that starts it,” Sottos says. “In most materials, a damage event starts at a very small crack.” The crack grows slowly, unnoticed, until…bam! Bridge collapse. “The goal of a self healing material is to try to prevent that,” Sottos says, “to keep those small cracks from growing.”

In 2001, Sottos made headlines for creating a self-healing plastic that relied on “microcapsules”—tiny, self-contained spheres of liquid resin that were embedded into the material. When a crack formed in the plastic, some of these capsules ruptured, releasing the resin, which filled in the crack and solidified.

The material was a major breakthrough, but it wasn’t perfect. Among the biggest drawbacks was that once the capsules had burst, they were spent - there was no liquid healing agent left inside them to repair another crack in the same area. That's clearly a far cry from how things work in nature - you can cut your arm repeatedly, for instance, and your body will heal the wound every time.

That’s because our skin is criss-crossed by veins, arteries, and capillaries. If you cut yourself, these blood vessels deliver whatever healing compounds are needed directly to the site of the wound, wherever it happens to be. “Biological systems are very good at transporting things around as needed,” Sottos said.

So over the last several years, she has engineered materials that mimic our skin more closely and contain their own microvascular systems full of healing fluids. To create a batch of self-healing plastic, for instance, Sottos begins by constructing a thick polymer sheet that has a dense, three-dimensional web of hollow, internal channels hidden beneath the surface. Then she fills some of these channels with a liquid resin and others with a liquid “curing agent.”

With her new material built, Sottos then carefully tries to destroy it, bending the plastic sheet until a crack forms in its surface. As the crack spreads, it intersects with the fluid-filled veins, releasing both liquids, which flow into the crack. When the fluids mix, the curing agent turns the liquid resin into a hard epoxy, which fills in the crack, repairing the damage.

It doesn’t take much liquid to fix a single crack, and the internal channels can store relatively large volumes of fluid. So when the next cut or scratch comes along, the process repeats itself. “If the material is damaged in the same spot, you can keep re-healing the same crack over and over again,” Sottos says. As Sottos has refined her technique, she has been able to design plastics that can repair more than 50 cracks in a row. The liquids can also be replenished as they’re depleted. “The other nice thing about vascular networks is that you can recharge them,” Sottos says. “Let’s say your material’s going to sit around for 20 years - in a vascular system you can replace your healing agent kind of the same way you replace your oil.”

So far, Sottos has used her vascular method to create self-healing hard plastics and foams. She has also developed plastic that actively pumps healing fluid to the site of an injury—much as our own circulatory systems do—rather than allowing it to passively ooze into a wound. These self-healing polymers could be used to extend the lives of products large and small, including airplanes, wind turbines, and consumer electronics.

She’s also shown that microvascular networks can be used for more than just healing. In a paper published in 2011, Sottos demonstrated that engineers could reduce a material’s temperature by circulating water through tiny, sub-surface channels. The concept could eventually be used to design computer chips and other electronics—which are susceptible to overheating—that can regulate their own temperatures.

But whatever the eventual application, Sottos is driven by the idea of learning from nature.

“We want to impart this concept of autonomy to a synthetic material—self-heal, self-cool, self-sense, do all these things that we take for granted in natural systems.”