Scientists' could learn a thing or two from science fiction when it comes to naming newly discovered worlds, says Quentin Cooper.

Science fiction has long known what science only recently confirmed: that at a mere 4.4 light years away, Alpha Centauri isn’t just our nearest neighbouring star system, it is also home to at least one roughly Earth-sized alien world.

The nifty bit of interstellar detective work that confirmed its existence was announced late last month, but ever since something has been bothering me.

Really? Is that the Bbest you can come up with? It just seems so Bboring and such a shame given the rich range of names people have already dreamed up for planets in the Alpha Centauri system. There’s Rann, the adopted homeworld of recurring DC comics character Adam Strange; Rakhat and its very alien aliens feature in Mary Doria Russell’s Jesuits-in-space tale The Sparrow; Pasadena is a destination for human colonists in Arthur C Clarke’s The Songs of Distant Earth; Pelham is the eventual destination in AE Van Vogt’s classic 1940s short story Far Centaurus; Demeter is a doomed planet where refugees are dumped in Poul Anderson’s Harvest of Stars, and Tiber is a source of extra-terrestrial contact in Encounter With Tiber by Buzz Aldrin and John Barnes.  Yes, Buzz Aldrin as in the former Apollo 11 astronaut…but, no, not John Barnes as in the ex-Liverpool footballer.

On the BBC radio science programme I present, we even invited listeners to suggest what this closest-by-far extra-solar planet should be called. Among my favourite suggestions were Heart (for both affectionate and anagrammatic reasons) and Mearth (like Earth, only funnier).

So why Bb, when there are so many better, more evocative alternatives? Well, it turns out that the official designation of the new planet is not due to a lack of imagination or knowledge of science fiction, it’s just that there are rules for these things. Although Alpha Centauri appears to be one very bright star to the naked eye – and is often treated as such in stories – it is actually a ternary system with three stars A, B and C (the latter also known as Proxima Centauri). The new planet was detected around Alpha Centauri B, and exoplanets are given a lower case letter starting with b. Hence the closest planet to our solar system being Alpha Centauri Bb.  If others are discovered round the same star they will be called Bc, Bd and so on.

It’s tempting to describe the process of spotting these planets as “reaching out into other worlds from our desperately overcrowded planet, a series of deep-thrust telescopic probes conclusively established a planet orbiting the star Alpha Centauri as the only one within range of our technology able to furnish ideal conditions for human existence”. But that’s a line from the very first episode of Lost in Space back in 1965.  It was to this habitable world the Robinsons were heading when they became titularly disoriented. More accurate, at least in the case of Bb, would be to say that a series of careful observations by European astronomers over four years identified tiny but regular perturbations in the orbit of Alpha Centauri B – and they calculated this barely detectable wobble could only be explained by a planet slightly larger than Earth in close orbit around the star.

“Close orbit”: that’s the only negative in all this. Bb appears to be even nearer to its sun than Mercury is to ours, making it highly unlikely anything could survive.  Having long fantasised about our neighbour, it will be disappointing if when we eventually manage to pop over it turns out there is no-one in, and never had been. But what if it isn’t all on its own?  Close to 100 star systems with more than one world have now been discovered (with many more awaiting confirmation), so it is far from impossible that Alpha Centauri could harbour other planets, perhaps even in the “Goldilocks zone” of habitability.

If such a world exists, that will only make the science fiction seem even more prophetic... although I wouldn’t hold out too much hope when it comes to the details.  Down the decades we’ve had the natives of Alpha Centauri envisaged as pygmy elephants with multiple trunks (Larry Niven and Jerry Pournelle’s Footfall*), six-armed, one-eyed giant green hermaphrodites (the two Dr Who Peladon serials) and robots in disguise (it’s where the Transformers home planet Cybertron originated before it was thrown out of orbit). And even though it’s the highest-grossing film of all time, amid the 3D spectacle it may have slipped some people’s notice that Pandora, home of the blue-skinned Na’vi in Avatar, is a moon of the gas giant Polyphemus orbiting Alpha Centauri A.

Were Pandora real, that would technically make it Alpha Centauri Ab or Ac or whatever depending on what else was round the same star and the order they were detected in. But Pandora sounds much better. So can’t we put aside the convention for real exoplanets and come up with some more befitting than Bb for what is and always will be the closest world beyond our solar system?  Or would that open a Pandora’s box?

* I was amused to see when I checked it in Wikipedia the novel had an entry beginning “Not to be confused with the Samuel Beckett play Footfalls”.  Which seems unlikely. 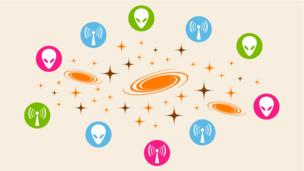 How many alien worlds exist? 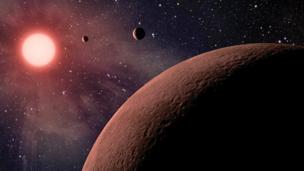 Will we ever… find life in space? 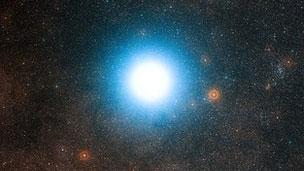