There’s no magic number for becoming a world-beater, says science writer David Bradley, just ask the psychologist whose research formed the basis of the popular idea.

Being exceptional at something is often attributed to one’s genes. Talent is passed down from parents or grandparents it seems, whether it is musical or artistic skill, ability with numbers or being great at juggling. No doubt there are significant genetic factors involved, but there are almost certainly environmental factors in the mix too. Perhaps the two work together, one boosting the other, so that those remarkable genes give rise to remarkable talent only if the skills are suitably nurtured.

However, many people now recognise that talent is learned and earned through extended and intense practice of a skill. No pain, no gain, as they say, in which case genes may have little to do with it.

This idea is encapsulated in a golden rule made popular by the writer Malcolm Gladwell in his book Outliers. This “10,000 hours of practice” rule is based on research by psychologist Anders Ericsson, now at Florida State University. The rule tells us, a mere 10,000 hours of dedicated practice in your particular field is sufficient to bring out the best in you. Is this true? Let’s trace how the rule emerged.

In essence, Ericsson’s theory suggests that sufficient practice in a particular skill can take anyone to a proficiency level equivalent to that of a top classical musician. To illustrate the point, Gladwell focuses on one of Ericsson’s key studies on violinists at Berlin’s Academy of Music. Students had begun playing at around five years of age, all putting in similar practice times, but by age eight, the practice times began to diverge, some practising more than others. By age twenty, the elite performers totalled 10,000 hours of practice each, while the merely good students had totalled 8,000 hours, and the lesser-able performers had just over 4,000 hours of practice.

Ericsson and his colleagues discovered a similar pattern in professional and amateur pianists. By the age of twenty, amateurs had put in 2,000 hours of practice, whereas professionals had done considerably more – reaching 10,000 hours, in fact. “The idea that excellence at performing a complex task requires a critical minimum level of practice surfaces again and again in studies of expertise,” writes Gladwell in Outliers.

Gladwell points out that all great sportspeople, performers and even computer programmers got in their 10,000 hours of practice in their particular art early in life, allowing them to shine while their less-diligent contemporaries were still grappling with the basics. For instance, he cites the figure of 10,000 hours in connection with the early days of The Beatles when they played almost endless nights in the clubs and bars of Hamburg, Germany, between 1960 and 1964. This opportunity gave them something few musicians had during that era – plenty of time to practice. Ultimately, says Gladwell, this is what made the Fab Four top musicians and songwriters.

He also cites Bill Gates, the co-founder of computer software giant Microsoft, as a great example of the 10,000-hour rule. He had rare access to a computer in 1968 at the age of 13, at a time when most of his school friends in Seattle would have been playing baseball, or dreaming of putting flowers in their hair and heading to San Francisco. Gates spent night times and weekends with friends in the computer room, which gave him a substantial head start in the area of programming, and apparently allowed him to build his company at a much younger age than he might otherwise have been able to.

Many of us imagine that hours and hours spent on our chosen pursuit are somehow edging us towards that target of 10,000. I’ve played guitar since the age of 12, but I don’t imagine that I’m anything but a total amateur – musically speaking – I’ve not put in the dedicated, repetitive practice. Anyone who has heard me strumming might suggest that I plug headphones into my guitar amp and practise for another 10,000 hours before letting anyone ever hear me play again.

One person who might agree is Ericsson, the psychologist on whose research Gladwell apparently based his interpretation of the 10,000-hour rule. Not because he has heard me play, but because this rule is not quite as it may seem.

To notch up 10,000 hours would require about 90 minutes of practice every day for 20 years. This might explain why the typical child learning the piano will never make it to concert level. Three hours a day gets you to that stage within a decade, so start at the age of ten and you’re done before you’re out of your teens.

Unfortunately, the moment the 10,000-hour mark is reached is not a skills tipping point – to use another phrase popularised by Gladwell. Learning and gaining experience are gradual processes; skills evolve slowly, with practice. And there is a vast range of time periods over which different individual reach their own peak of proficiency – their concert level, you might say – in whatever field.

Returning to Ericsson’s original study on violinists, they did indeed find that the best of Berlin’s Academy of Music’s best spent significantly more time practicing than lesser-accomplished musicians. But there is nothing magical about the 10,000 figure, as Ericsson said recently, because the best group of musicians had accumulated an average, not a total, of over 10,000 hours by the age of twenty. In the world of classical music it seems that the winners of international competitions are those who have put in something like 25,000 hours of dedicated, solitary practice – that’s three hours of practice every day for more than 20 years.

In fact, one can attain international-level status in less time, especially if the area is less competitive. For instance, Ericsson and colleagues have found that college students could reach a world-class performance for memorising digits after only 500 to 1,000 hours of training.

Ericsson is also on record as emphasising that not just any old practice counts towards the 10,000-hour average. It has to be deliberate, dedicated time spent focusing on improvement. Not all the examples in Gladwell’s book qualify as such deliberate practice: writing computer programs and playing ice-hockey matches, for instance, may not count. It’s not a matter of simply taking part in an activity, Ericsson argues. Sportspeople have other considerations, for instance, there are physical limits on how much dedicated practice is possible.

But the question of whether or not 10,000, or even 25,000 hours of practice is enough does not tell us anything about whether some people are born with a particular talent. We do not yet know whether anyone with strong enough motivation and the spare time could become a virtuoso simply through deliberate practice, year in year out.

However you look at it, being the best requires a lot of time and effort, and few people are willing to dedicate so much of their lives to a single pursuit. So while practice may get some of us close to perfection, for many of us it is an unattainable goal. That’s no reason not to give it a try, of course. Some day, I might even unplug those headphones once more.

This is an edited extract from Deceived Wisdom: Why What You Thought Was Right Is Wrong, by David Bradley, also available in for download DRM-free here. 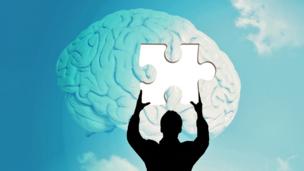 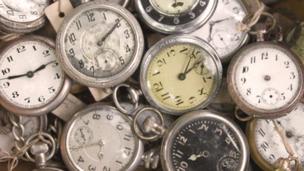 Why do we procrastinate so much?