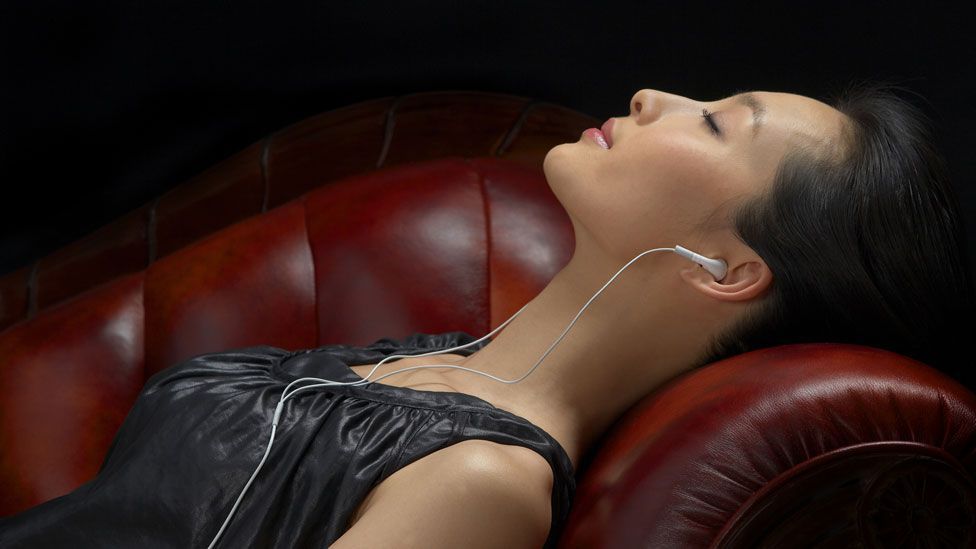 By Jonathan Kalan 18th November 2014
Smartphone apps that act as surrogate “therapists” for conditions like depression and anxiety are becoming increasingly common. But there is still a lot to understand about how - and if - they work.
T

Think of a therapy session and you might picture the patient reclined on a worn leather Chesterfield being questioned by a mild-mannered, caring doctor. But what if you could access this kind of psychological help without leaving the comfort of your own sofa?

That is the promise of “therapy” apps for smartphones, which hope to make treatment – or at least help – for conditions like depression and anxiety available to anyone, anywhere.

Take a look at Apple’s App Store, the largest app marketplace, and you will find more than 100 “medical” apps tagged with the word “depression”, for example. They range from apps like Moody Me, which simply help people keep track of what makes them happy to others,  to iCouch CBT, which claims to “help you train your emotions and feel better” by offering more specific strategies, similar to those which patients learn in professional therapy.

It is easy to understand this surge. Smartphones are increasingly popular with more than 50% of the population in the US owning one, for example. And depression is also becoming more common. According to the World Health Organization, it’s the third greatest ‘disease burden’ worldwide, just behind lower respiratory infections and diarrheal diseases. It is expected to rise to number one in developed countries by 2030.

Apps that cost $1.99 a pop have the potential to reach millions of people who either cannot or will not engage with more traditional therapy. As a result, Dr Steve Daviss of the American Psychological Association describes iPads and iPods as the physician’s “electronic black bag”.

“They don't replace the role of a therapist, but they can augment the work we do between sessions.”

For example, a patient tapping an emoticon to say how they feel is a lot less intrusive than filling out paper diaries and can help a doctor track mood swings. And because the device is always on and in a person’s pocket, it allows people to carry out beneficial exercises regularly and discretely.

One of the firms working in this growing industry is Hoa’s Toolshop, a Swedish startup that creates digital apps for personal development. “We are developing people, not just apps,” says Hoa Ly, a clinical psychologist and Founder of the firm. “We want to make people use apps that really matter, instead of just Facebook and Instagram.”

Hoa’s flagship service, Viary, is a “behaviour-change” application designed to help users overcome depression, anxiety and other mental health disorders. To do this, it prescribes a mix of old therapy tricks with new apps which make it easy to collect and track important data on behaviours and actions.

“Data motivates people” Ly explains, “and with it personal development can become more concrete and measurable. We are translating an analog world to a digital world.”

To create Viary, Ly used elements of a common type of treatment called cognitive behaviour therapy (CBT). Specifically he uses so-called “behaviour activation”- a common treatment for depression that encourages patients to perform specific actions or behaviours that help them change their thoughts and reactions to the world and feel better.

Together with a therapist, Viary’s clients choose specific actions that will help them achieve a desired goal. For example a client may decide that exercising, eating healthier food, and listening to classical music makes them feel less depressed. Viary sets reminders for these behaviours- walk for 15 minutes every morning, take a vegetarian lunch, tune into some Beethoven etc, - and the app then collects data on these completed actions. Therapists or coaches can then monitor a client’s progress in real time and even respond.

“This small reinforcement can matter quite a lot” Ly says.

The approach is similar to Nike’s highly popular Nike + running app, Ly claims, which encourages users to set personal running goals, track activities, find new running routes and share the results with friends. Nike’s tagline, “stay motivated, challenged and connected” is in essence what most behaviour-change therapy apps like Viary are all about.

Dr Paul Blenkiron, a consultant psychiatrist in the UK, says that because CBT therapy uses a lot of self-guided ‘homework’, apps like this certainly have a role to play. “They offer portability, choice, flexibility and ease of access to your own self help plan when you need it,” he explains. But, he adds, they are only for “practical coping, not ‘black couch’ therapy.”

In fact, there is still a long way to go to understand if – and how – these apps work at all. Most practicing therapists are unaware of the existence of these apps, and little research has been done confirming their effectiveness. And, even when studies have been done, they tend to have confusing results, says Dr Richard McNally, director of clinical training at Harvard University.

“There’s still a lot of research going on- there’s positive findings and null findings,” he says. “It’s really up in the air.”

At his lab, PhD students have been conducting research on the use of smartphone apps to treat anxiety, through a technique known as attention bias modification.

This is based on lab tests that show people with anxiety – a feeling of fear or dread - tend to have a “bias” towards noticing hostile, or angry faces in a crowd, rather than neutral, happy or relaxed ones. The idea is that by reducing this bias, you can short circuit the feelings that follow, interrupting the feeling of anxiety.

The team tested the idea using a simple game app, which showed people two faces, one with a neutral expression and one looking hostile. The faces appear one above the other on the screen before disappearing, to be replaced by a letter on one half of the screen. The game requires patients to identify this letter.

If all of this sounds very abstract, that is because the true intention of the game is not to identify letters. Rather, the letter appears in a position that encourages the user to shift their gaze from the part of the screen that showed the hostile face. Play the game enough, the logic goes, and a person should train their eyes to look away automatically, providing them with an impulsive control in real life situations that can help control anxiety.

“It totally surprised us,” he says. It appeared that just by playing the game with the belief that it would reduce anxiety, participants actually did reduce their anxiety, something commonly known as the “placebo effect.”

The results have left him with a “cautious optimism”, as he puts it. “We still need to know the variables of when and how these app treatments work. We need to do more proper randomised control trials.”

Future Thinking
1Diagnosing disease at a distance
Horizons
2How to read a mind
Science & Environment
3Can gadgets monitor your health?
4Depression up 'by half a million'
Around the BBC