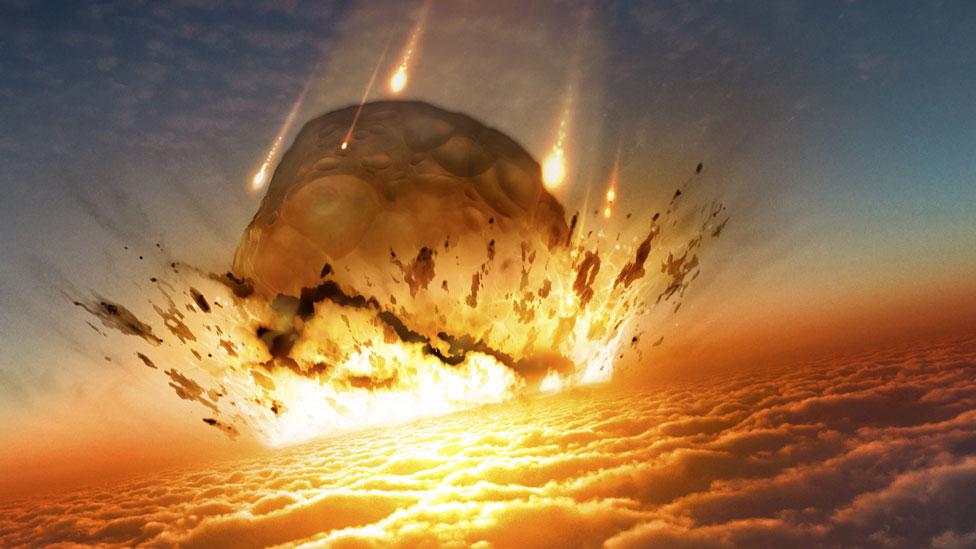 By Quentin Cooper 18th November 2014
Fears that the world will end on 21 December are rife, despite there being no evidence. So, why are we so fixated with end of the world theories?
I

I have bad news. The world is going to end. But I also have good news. Probably not anytime soon.

It’s only a very recent, very wrong and arguably very wilful misinterpretation of the ancient Mayan calendar to conclude it ends on 21 December 2012. And that even if their “long count” does stop then, there’s no more reason to think it will immediately lead to a planet-wide liquidation sale than if your desk calendar reaches the end of the year before you’ve bought a new one.

Even Nasa – who ought to have plenty on their hands looking for traces of life on Mars – have weighed in to apply logical to the eschatological by publishing Beyond 2012: Why the World Won’t End. There’s no need to recap here on the details of their argument – suffice to say that after reading it only the most hardcore conspiracy nut would still have worries about an upcoming end of everything. The more interesting question – at least for me – is why so many, so often, are drawn to these tales of impending destruction?  Why do we seem to want it to be the end of days, and to have the apocalypse, now?

Not that I’m suggesting it’s the same spread-betting catastrophists backing all of these options – although there are some groups and people like the Bible Student Movement and US Christian broadcaster Harold Camping who have come up with multiple off-beam predictions. But collectively it means that at any given time there is always a supposed terminal cataclysm just around the corner, causing distress to the gullible and vulnerable.

Just in case anyone is thinking that won’t be the case once we make it past 21 December , there are already apocalyptic predictions about various subsequent dates.  My favourite is the one best summed up in the London Evening Standard headline, “The world will end in 2060, according to Newton”.  Now it’s true that besides being one of the greatest scientific geniuses, Sir Isaac did have some odd beliefs.  But the world ending in 2060 isn’t one of them. The “prediction” derives from a letter he wrote in 1704 “to put a stop to the rash conjectures of fanciful men who are frequently predicting the time of the end” – even back then this nonsense was clearly common. In it Newton says he can’t see any reason why the world would end before 2060, “it may end later, but I see no reason for its ending sooner”, and explicitly states “this I mention not to assert when the time of the end shall be”. Despite being so clear he’s writing on a not-for-prophet basis, type “Newton end of the world” into Google and you’ll get over 50 million hits.

Why are we so determined to think our days are numbered, and so willing to bend the facts to fit our delusions?   For once, I don’t think this is the fault of movies and other fictions. Yes, from sci-fi to Cold War thrillers to most James Bond outings there are countless films and books in which humanity and/or the world is nearly, partly or completely obliterated.  With potential sources of devastation ranging from interplanetary impacts to unstoppable pandemics, natural mega-disasters to unnatural alien invasions, global war to individual mad geniuses, there are almost endless endgame possibilities and lots of CGI fun to be had wreaking big screen havoc. Including of course the Mayan-calendar referencing 2012 with its deliriously daft line, “the neutrinos…have mutated”.

After seeing or reading such tall tales does anyone watch the skies more carefully for hostile UFOs, or in any way worry more that the end is nigh? I doubt it. If anything the best of them leave you feeling a bit more alive.   My wholly unscientific theory – and I’ve no more evidence for it than the Maya-Maya-world’s-on-fire lot do for their beliefs – is this stems from our understandable difficulty grasping the walk-on part we all have amid the sprawling enormity of deep time. It is not easy to get our heads round the Earth having existed for billions of years, probably existing for millions if not billions more, and our own life in comparison – however long and fruitful – being an almost infinitesimally insignificant instant in the middle of it all. So fleeting and so far from either end of the story that many of us behave like individual black holes, mentally warping time to write ourselves into the grand finale.

A Reuters poll earlier this year found that nearly one in four Americans and one in seven worldwide believe the world will end during their lifetime. In the UK the figure was less than one in 12. That’s a lot of people who don’t just think the world revolves around them, they think it stops around them too.

Sooner or later – and my money is on much later – those who are convinced of our imminent doom will inevitably be proved right. The planet can’t last forever – astronomers predict the planet only has around another 7.5bn years until it is engulfed by the Sun and humans will likely have disappeared much earlier. So, in the long, long meantime, if we do only have only the briefest cameo in a seemingly interminable epic, shouldn’t we make the most of it while we are on stage?

Do you agree with Quentin? Do you have your own theories? If you would like to comment on this story or anything else you have seen on Future, head over to our Facebook page or message us on Twitter.

The Real Risk
1How likely is an asteroid strike?
TED Quotes
2How to defend us from asteroids
Smart Planet
3Welcome to the age of modern man
Under the Radar
4A laser fix for asteroid threats?
Around the BBC