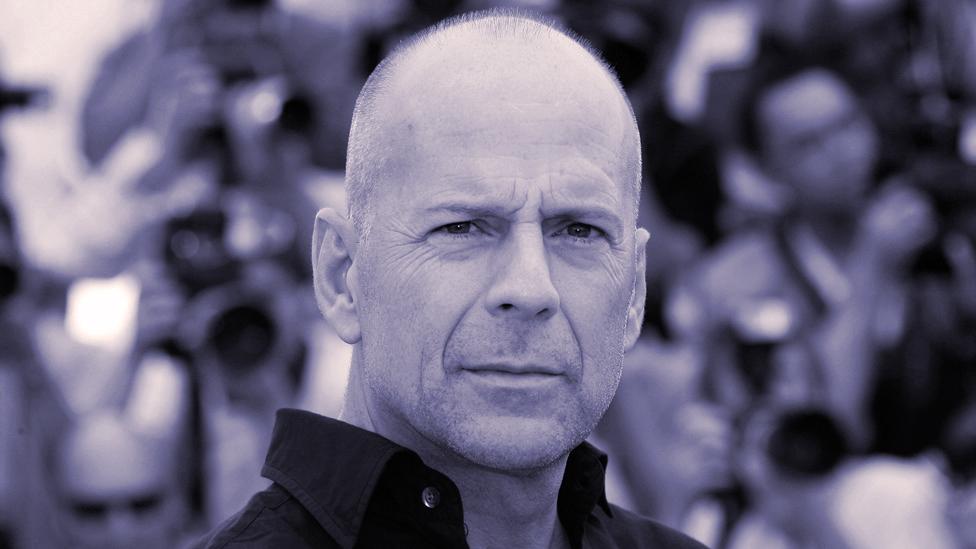 By Claudia Hammond 11th December 2012
Testosterone increases sex drive at the cost of a thinning head, so the story goes. The truth is a little more complex.
T

Think of Bruce Willis, Andre Agassi or Michael Jordan, and you’ve got three famously strong, masculine men with plenty of female fans. They also have something else in common: they’re bald.

It’s often said that bald men are more virile. The popular theory is that they have higher levels of the male hormone testosterone, which makes them more masculine and increases their sex drive, but they lose their hair at a younger age than average as a result. The truth, though, is a little more complex.

It is true that balding is dependent on testosterone. Back in 1960 a Yale doctor called James B. Hamilton studied twenty-one boys who were undergoing castration. Shockingly this was sometimes done to boys diagnosed with behavioural or mental problems. He followed them up, some of them for as long as 18 years, and found that they showed no signs of developing male pattern baldness as they aged. On the other hand, men of the same age who were still intact, and therefore producing testosterone, already had receding hairlines.

Hamilton wasn’t the first to discover a link between testosterone and baldness, both Hippocrates and Aristotle had made the same observation centuries earlier. Hamilton’s finding suggested that high levels of testosterone might lead to baldness, but in fact the level is irrelevant, providing there are some quantities of the hormone present. Castrated men, who have almost no testosterone, may retain their hair, but men with low testosterone levels can still go bald.

That’s because it is not the amount of testosterone circulating in the bloodstream that dictates baldness, it’s down to genetics. Several genes are thought to be involved, all resulting in hair follicles becoming particularly sensitive to tiny amounts of circulating testosterone.

The process still isn’t fully understood, but it involves an enzyme that converts testosterone into a substance called dihydrotesterone, which causes the hair follicles to shrink in some people, possibly by choking off their supply of blood and nutrients. As the follicle shrinks, the growing cycle gets shorter and new hairs become finer and finer until only the finest so-called vellous hairs remain on the scalp. Eventually the follicle becomes dormant and no more hair is produced. This starts on the top of the scalp and then moves down over the head in the characteristic shape of male pattern baldness. Bald men are genetically more predisposed to be more sensitive to dihydrotestosterone, but the follicles on the chin are unaffected by the hormone, which is why beards continue to grow.

As theories about the influence of testosterone have developed, so have various avenues of treatment. In the 1960s there were curious attempts to treat baldness by adding more testosterone directly to the scalp. First researchers tried an ointment, but it was so heavy and oily that men didn’t want to stick out the trial, so they suspended the testosterone in a cream instead. Still most men dropped out of the study before the ten months were up. The cream didn’t make hair grow back, and although half the men who took part said they thought this might have slowed down the rate of hair loss, this was not confirmed by the experimenters.

Some people who don’t lose their hair have low levels of the enzyme that converts testosterone, and so more recently researchers have been seeking ways of blocking the enzyme in others. A treatment called finasteride works on this principle, but it is expensive and needs to be used continuously or hair loss begins again.

Meanwhile, scientists are still trying to understand the mechanism by which the hair stops growing. In 2010, researchers examined sections of scalp with and without hair and found that stem cells were still present in the follicles in both areas, but in bald regions they weren’t progressing onto the next stage where they would normally develop into so-called progenitor cells. This study raises hopes that one day hair could be grown on bald parts of the heads, if scientists can find a way of triggering growth or blocking whatever is preventing it, and researchers are currently investigating particular proteins that might provide that trigger.

Baldness seems to involve more myths than many other conditions, possibly because its distribution feels so arbitrary that we look for explanations. If you have lost your hair sadly you can’t claim to be more virile, but you can blame your parents. They passed on the genes after all.

Medical Myths
1Can stress turn your hair grey?
The Real Risk
2A matter of life and death
Medical Myths
3Will wet hair give you a cold?
4Clue to male baldness discovered
Around the BBC