Our hand-chosen guide to the best end-of-the-year reading lists.

It wouldn’t be the end of the year without end-of-year lists. So we thought we’d get a little meta and pick our best of the best-of-the-year lists of science and technology stories from around the web. As with our usual weekly rundown, this list is less about what was most popular, and more about the articles that people found the most memorable, stimulating or thought-provoking over the past 12 months.

So, in no particular order, here’s our pick of the bloggers, magazines and sites who selected their favourite articles in science and tech. We’ll add more links to the list as we see them. If you have any suggestions that you think we’ve missed, let us know in the usual way on Twitter or Facebook, and if we agree we’ll add them to the list.

Top 10 science longreads of 2012
Ed Yong | Phenomena
We may be biased because he’s a columnist at Future, but Ed Yong’s list of his favourite long science articles online is a must-read compilation. From the story of a woman who moved a robotic limb with her imprisoned mind to an exploration of what makes humans explore, each article leaves a lasting image in the mind. And don’t miss his list of hidden gems in 2012 too.

Best of 2012: Science
Best of 2012: Tech
Editors | Longform
The editors at Longform are heavyweight curators of new and classic writing online, and so their best-of lists will always be one to pick. This year’s selection of science articles range from how we name colours (and why it messes with our brains), to the person who cannot feel pain, to the student who achieved nuclear fusion at the age of 14. They are also one of the very few outlets we saw that had a list of favourite tech articles, covering internet smears, scams and the 21st Century version of Hitchcock’s Rear Window.

The 25 best reads on the web this year
Thomas Houston | The Verge
Rare is the time that we don’t read The Verge’s weekly must-read list, and here they’ve done the unenviable task of narrowing down their lists to the year's 25 best non-fiction writing on technology, art, science and culture. You can expect to discover everything from unmasking the biggest internet troll, the immense difficulties in building an artificial heart, and what Google Maps means for the future of everything.

The best animal stories of 2012
Jason G Goldman and Matt Soniak | Thoughtful Animal | Scientific American
Stories about animals have a unique ability to captivate us, say Soniak and Future columnist Goldman, and to illustrate this their list contains selections that range from the scientifically important, to the quirky and to the surprising. Here, you can find out about a tool-making cockatoo, the perils of rising sea levels, gorillas that outsmart humans and the death of Lonesome George.

Features of the year
Editors | Nature
It’s a selection of their own reads, but it’s a selection of some of the best science writing as picked by some of the best editors around. As you’d imagine the list covers the full spectrum of science: from heroic measures to restore the fertility of a three-footed Sumatran rhino, to a scientist creating instruments that could help date features on the Moon and Mars.

In-depth 2012: The best long reads of the year
Editors | New Scientist
Another compilation of their own articles, but here the New Scientist editors also provide insight in what made their picks so memorable. You’ll need to register to see their picks, but it’s worth it; subjects covered include the algorithm that runs the world, the precious material carried in a sperm whale’s gut, and a reporter who tried to hack her own brain.

The best feature stories of 2012
Editors | SciDevNet
A truly global look at scientific innovation, SciDevNet’s pick of its best features covers Fiji's fisheries, Arab science education and deep-sea mining in Africa. One to read if you want to see the developments at grassroots levels that often don’t make it to the mainstream news.

2012: The year in graphics
New York Times
Story-telling comes in many forms, and a good infographic can portray a message instantly in a way that a thousand words can often fail to do. Some of the best graphics in the business come from the New York Times, and they collected their year’s best – covering front-page news stories like the history of US drought, Facebook’s IPO or Hurricane Sandy’s destruction, or illuminating an esoteric subject, like their memorable motion-capture-derived graphic that showed the gestures involved in conducting an orchestra look similar to Picasso’s “light drawings.” 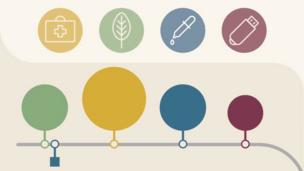 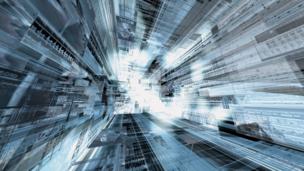 Forecasting the news of tomorrow 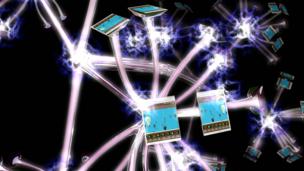 Does the internet rewire brains?
Around the BBC