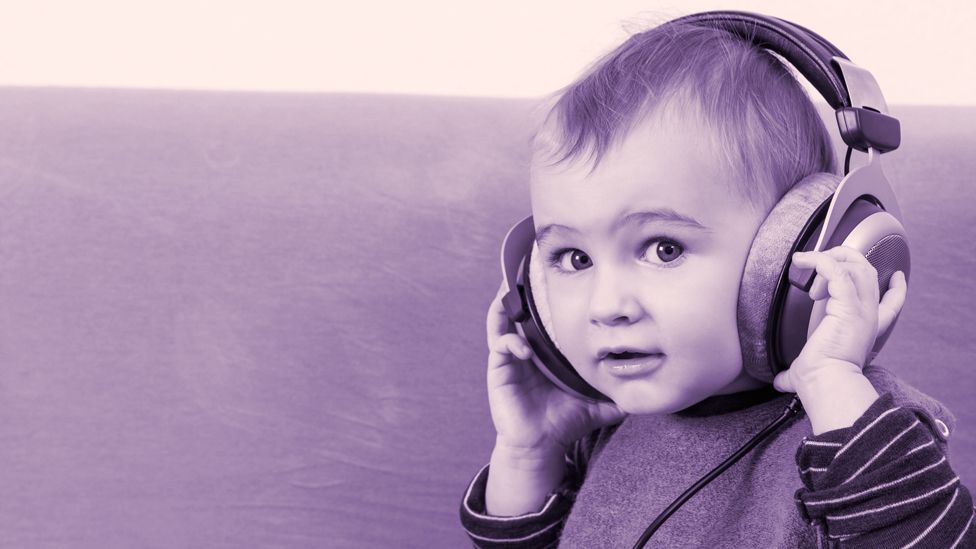 By Claudia Hammond 8th January 2013
It is said that classical music could make children more intelligent, but when you look at the scientific evidence, the picture is more mixed.
Y

You have probably heard of the Mozart effect. It’s the idea that if children or even babies listen to music composed by Mozart they will become more intelligent. A quick internet search reveals plenty of products to assist you in the task. Whatever your age there are CDs and books to help you to harness the power of Mozart’s music, but when it comes to scientific evidence that it can make you more clever, the picture is more mixed.

The phrase “the Mozart effect” was coined in 1991, but it is a study described two years later in the journal Nature that sparked real media and public interest about the idea that listening to classical music somehow improves the brain. It is one of those ideas that feels plausible. Mozart was undoubtedly a genius himself, his music is complex and there is a hope that if we listen to enough of it, a little of that intelligence might rub off on us.

The idea took off, with thousands of parents playing Mozart to their children, and in 1998 Zell Miller, the Governor of the state of Georgia in the US, even asked for money to be set aside in the state budget so that every newborn baby could be sent a CD of classical music. It’s not just babies and children who were deliberately exposed to Mozart’s melodies. When Sergio Della Sala, the psychologist and author of the book Mind Myths, visited a mozzarella farm in Italy, the farmer proudly explained that the buffalos were played Mozart three times a day to help them to produce better milk.

I’ll leave the debate on the impact on milk yield to farmers, but what about the evidence that listening to Mozart makes people more intelligent? Exactly what was it was that the authors of the initial study discovered that took public imagination by storm?

When you look back at the original paper, the first surprise is that the authors from the University of California, Irvine are modest in their claims and don’t even use the “Mozart effect” phrase in the paper. The second surprise is that it wasn’t conducted on children at all: it was in fact conducted with those stalwarts of psychological studies – young adult students. Only 36 students took part. On three occasions they were given a series of mental tasks to complete, and before each task, they listened either to ten minutes of silence, ten minutes of a tape of relaxation instructions, or ten minutes of Mozart’s sonata for two pianos in D major (K448).

The students who listened to Mozart did better at tasks where they had to create shapes in their minds. For a short time the students were better at spatial tasks where they had to look at folded up pieces of paper with cuts in them and to predict how they would appear when unfolded. But unfortunately, as the authors make clear at the time, this effect lasts for about fifteen minutes. So it’s hardly going to bring you a lifetime of enhanced intelligence.

Nevertheless, people began to theorise about why it was that Mozart’s music in particular could have this effect. Did the complexity of music cause patterns of cortical firing in the brain similar to those associated with solving spatial puzzles?

More research followed, and a meta-analysis of sixteen different studies confirmed that listening to music does lead to a temporary improvement in the ability to manipulate shapes mentally, but the benefits are short-lived and it doesn’t make us more intelligent.

Then it began to emerge that perhaps Mozart wasn’t so special after all. In 2010 a larger meta-analysis of a greater number of studies again found a positive effect, but that other kinds of music worked just as well. One study found that listening to Schubert was just as good, and so was hearing a passage read out aloud from a Stephen King novel. But only if you enjoyed it. So, perhaps enjoyment and engagement are key, rather than the exact notes you hear.

Although we tend to associate the Mozart effect with babies and small children, most of these studies were conducted on adults, whose brains are of course at a very different stage of development. But in 2006 a large study was conducted in Britain involving eight thousand children. They listened either to ten minutes of Mozart’s String Quintet in D Major, a discussion about the experiment or to a sequence of three pop songs: Blur’s “Country House,” “Return of the Mack,” by Mark Morrison and PJ and Duncan’s “Stepping Stone”. Once again music improved the ability to predict paper shapes, but this time it wasn’t a Mozart effect, but a Blur effect. The children who listened to Mozart did well, but with pop music they did even better, so prior preference could come into it.

Whatever your musical choice, it seems that all you need to do a bit better at predictive origami is some cognitive arousal. Your mind needs to get a little more active, it needs something to get it going and that’s going to be whichever kind of music appeals to you. In fact, it doesn’t have to be music. Anything that makes you more alert should work just as well – doing a few star jumps or drinking some coffee, for instance.

There is a way in which music can make a difference to your IQ, though. Unfortunately it requires a bit more effort than putting on a CD. Learning to play a musical instrument can have a beneficial effect on your brain. Jessica Grahn, a cognitive scientist at Western University in London, Ontario says that a year of piano lessons, combined with regular practice can increase IQ by as much as three points.

So listening to Mozart won’t do you or your children any harm and could be the start of a life-long love of classical music. But unless you and your family have some urgent imaginary origami to do, the chances are that sticking on a sonata is not going to make you better at anything.

Neurohacks
1Why do songs stick in our heads?
Uniquely Human
2Lords of the dance
Future Thinking
3Musically-minded animals
60 Second Idea
4A unique song to identify us all
Around the BBC