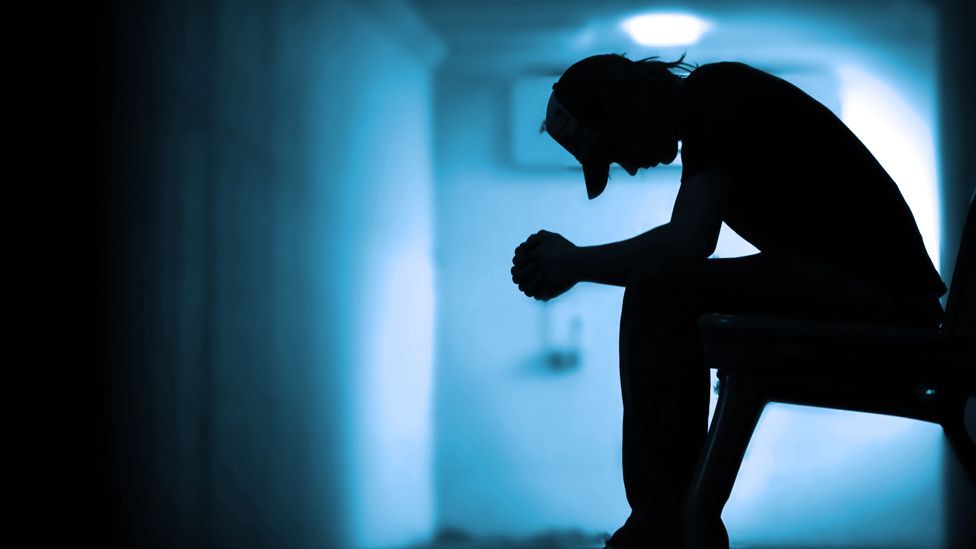 By Claudia Hammond 21st January 2013
It is the most miserable day of the year, we are told, but is there any data to supports the claim?
I

If you haven’t yet heard, the third Monday in January is Blue Monday, supposedly the most miserable day of the year. For the past few years, companies have found ways to link this day to their products for press releases in the hope of getting coverage. Meanwhile, the media keenly discusses why this particular day is so wretched, often accompanied by pictures of people looking unhappy in the rain.

But is the third Monday in January really the most depressing day of the year? The idea began when a travel company put out a press release in 2005 announcing that a psychologist called Dr Cliff Arnall had discovered the equation that tells us the most dismal day of the year. The equation he formulated took into account the weather, the amount of debt a person has after Christmas and their ability to pay it off on payday, the time elapsed since Christmas, levels of motivation and the need to take action, and how long it was since people had broken New Year’s resolutions. The countries where Blue Monday applies aren’t specified.

The equation still appears on his website, but what you cannot find is any published data to back it up. To be fair, Arnall himself has admitted that the equation is not particularly helpful. A lack of data is not surprising if you think about the amount of work that would be involved in a study like this. You would have to take a large group of people and measure each of these factors every day of the year. You would then need to assess the relative contributions of each factor in the equation to feeling a bit low. An equation might look good, but any psychologist doing research will tell you that unfortunately neither human emotions nor behaviour can be predicted by neat equations.

But that doesn’t mean we lack any information about seasonal variations, mood swings and its deleterious effects. Research on suicide does reveal seasonal fluctuations, though it is not the cold, bleak months of winter that presage the despair associated with suicide. A study conducted in twenty different countries found that the time of year with the highest suicide rates are the more promising seasons of spring and early summer. Another study, which tracked suicides in the United States between 1971 and 2000 reached similar findings.

People often find this surprising; many start to feel more positive about life as the weather warms, the blossom begins to the bud and the bird sing during the lighter evenings. But this expectation of a fresh start can make a few people feel even worse, if for them life feels just as hopeless. Imagine that all around you things are improving, yet inside you feel just as bad. Some have even speculated that sunshine could trigger impulsivity. Or perhaps the improving weather gives people the energy needed to formulate a plan.

So suicides are not more common in January, plus depression is caused by a combination of so many different factors that it is very unlikely that people are all going suffer from it at the same time, let alone the same day. And in everyday conversation we all-too-often use the word “depressing” to convey that we feel a bit low – something that is very different from clinical depression, let alone suicidal feelings, which anyone who experienced depression can tell you.

Studies on everyday mood show that if you ask people how they felt in the past, they often say they felt worse on Mondays. But relying on an individual’s memory is often not the best way of ascertaining what is really happening, because it can easily be influenced by how they think they should have felt. There is a strong cultural idea that we don’t like Mondays, and an Australian study conducted in 2008 illustrates the point. When people looked back on their moods, Monday scored the lowest, but when they were asked each day how they were feeling, the day that scored the lowest was in fact Wednesdays.

Research published last year in the Journal of Positive Psychology also suggests there is nothing especially bad about Mondays. 340,000 people took part in a phone poll, and although in general people reported feeling better on Fridays, there were no differences between any other weekdays. This study did rely on people correctly remembering how they had felt the previous day, but it suggests that a trying Thursday can be just as bad as a miserable Monday.

So, not only does Blue Monday appear to be a myth, but so does the idea that we don’t like Mondays in general. And yet there’s no doubt that we’ll see those Blue Monday headlines again. I’m waiting to see how many years this persists for. It has been suggested that at least it gets people talking about depression, but I’m not convinced that it really gets us discussing our mental health or what help might be out there. I wonder whether all it does is to make us think January is bad, when in fact we were doing OK.

Life:Connected
1The madness of net scare stories
Medical Myths
2Does exercise help depression?
Matter of Life & Tech
3A therapist that’s always on call
The Real Risk
4A matter of life and death
Around the BBC