Two firms have announced ambitious plans to mine asteroids for their precious metals. Although it sounds outlandish, the idea has curious roots stretching back decades, says paleofuturist Matt Novak.

“I shall never forget the sight, nor the exclamations of wonder that broke forth from all of us standing around, when the yellow gleam of the precious metal appeared under the ‘star dust’."

This passage, in Garrett Serviss' 1898 story Edison's Conquest of Mars, describes the moment when a band of spacefaring humans realise they are literally standing on a goldmine. The explorers are part of an armada which is on its way to attack Mars, in revenge for a Martian assault on Earth. Along the way they discover an outpost on an asteroid set up to mine precious metals.

“Evidently the planet was not a solid ball of gold, formed like a bullet run in a mould, but was composed of nuggets of various sizes, which had come together here under the influence of their mutual gravitation, and formed a little metallic planet.”

The excerpt – regarded as the first mention of asteroid mining in science fiction – took on new relevance last week when a small California company called Deep Space Industries announced its plan to kick start a new gold rush in space by mining asteroids for “nuggets” of precious metals.

"More than 900 new asteroids that pass near Earth are discovered every year. They can be like the Iron Range of Minnesota was for the Detroit car industry last century – a key resource located near where it was needed. In this case, metals and fuel from asteroids can expand the in-space industries of this century," said the company's chief executive David Gump announcing the venture.

The company intends to build a small fleet of spacecraft called Fireflies to mine asteroids for precious minerals, which could include gold, platinum and rare-Earth metals. The company says it will test the craft in 2015 and – all things being well – launch an exploratory round-trip mission as early as 2016 to bring back samples weighing as much as 70kg (150lbs) pounds. Eventually the firm hopes to mine asteroids regularly for profit.

The announcement follows a similar one from April 2012, when a company called Planetary Resources – backed by high-profile investors company’s such as Google executives Larry Page and Eric Schmidt, film director James Cameron and X-Prize founder Peter Diamandis – claimed it too wanted to kick start the asteroid mining business.

Both announcements have been met with excitement and scepticism in equal measure: excitement because of the boldness of the visions; scepticism because for many observers the economics just don’t work. But, as Serviss’ book shows, the idea of mining asteroids for their precious contents is nothing new.

In 1962, for example, US Vice President Lyndon Johnson floated the idea to a crowd at the Seattle World’s Fair.

“Someday we will be able to bring an asteroid containing billions of dollars worth of critically needed metals close to Earth to provide a vast source of mineral wealth to our factories,” he was reported to have said.

The 15 April 1962 edition of Arthur Radebaugh’s Closer Than We Think (which appeared just one week before the opening of the Seattle World’s Fair) was titled Asteroid Arrester. The comic explained that officials at the US space agency Nasa would one day use large rockets to capture asteroids and put them to use for both pure science and practical industrial purposes: “This would make it possible to study the origins of the solar system, possibly increase our store of minerals and even learn about the beginnings of life.”

Other futurists were even more optimistic about the prospect of boring out asteroids. Author Dandridge Cole even saw the asteroids as possible space habitats once they’d been mined of their precious resources. In his 1965 book Beyond Tomorrow: The Next 50 Years in Space, he explains that these “gold mines in the sky” would eventually be completely hollowed out and designed to fit up to a million people living in an “inside-out world.”

One of the accompanying illustrations, by artist Roy Scarfo, shows a hollow asteroid complete with rivers, trees and farming equipment. The rock habitat would be made to spin down a central axis point in order to produce artificial gravity. His illustration is far from the cold mechanised vision of space travel people of the 1960s had come to expect and seeks to assure people that even though the space colonisers may find their orientation inside a hollow asteroid confusing at first – those born inside, “the natives” would find it liberating.

However, these [even] more far-fetched ideas were a rarity. Instead, the economic benefits of metals from these great hunks of space rock were repeated time and time again.

This was to be achieved by moving asteroids closer to Earth – the preferred first step towards mining asteroids throughout the 1970s. For example, an article in the Coshocton Tribune from 18 March 1976 headlined “We will be mining outer space in future, two MIT men predict” detailed the plans of Dr Thomas B McCord, and Dr Michael J Gaffey. “The miners of the future could work in space suits and ride-home on rocket-powered asteroids,” the article breathlessly starts before going on to explain that the two scientists believe the best way of making a profitable business would be to choose an asteroid “about one kilometre in diameter, attach a rocket to it, and gradually move it to an orbit closer to Earth.”

The idea, would then be to mine the asteroid for iron and nickel – two metals which, it says, were proving more difficult to mine on Earth. "We're not trying to define precisely how or what should be done but to show that it is feasible,” it quotes McCord as saying. “There's no question that more serious studies will have to be done.”

The pair were also responsible for other ideas, including one in which colonies of miners would live on an asteroid as it revolved around the sun, occasionally sending their raw materials to orbiting “space factories”. As if this idea was not already complicated enough, they envisaged the pure processed ingots then falling back to Earth and splashing into the oceans.

It builds on an earlier idea outlined in another Radebaugh strip from Christmas Eve 1958, called “Ore chute from space”.  The strip outlined an idea by a British astronomer called Professor Zdenek Kopal, who – rather than wanting to mine asteroids – had set his sights on the Moon. His concept was “based on the fact that lunar gravity is far less than the Earth’s.

“Moon minerals, therefore, could be lifted without too much difficulty up to where earth gravity would overcome the moon’s pull,” it reads. Once outside of the grip of the Moon, “such material could simply be allowed to fall free along an invisible space pathway to Earth,” eventually hitting a “desolate desert area”.

Over the following decades the Moon and asteroids, are used interchangeably by future-gazing space pioneers, who seem to play a game of astronomical one-upmanship in terms of the technology they believe will be developed, the size of the operations that will be built and the scale of the returns.

A 1981 article in Canada’s Globe and Mail, for example, describes how a joint project from Princeton University and MIT, has built “a working prototype of an exotic new propulsion machine” that could be used to capture and mine asteroids. The article opens with a description of how a final design could look: “The solar-powered metallic tube several kilometres long is surrounded by thousands of huge copper coils. It collects valuable minerals and uses waste material for propulsion.”

The “mass driver” as it is known, could “accelerate a one-kilogram (2.2 pound) payload to a speed of 800 km/h (500 mph) in less than one-fortieth of a second.” There follows a baffling description of the device – also known as an electromagnetic catapult – that we are told would be “powered by gigantic solar panels as it launched material from the moon to orbital industrial structures, or provided the thrust for a mining expedition to the asteroids.”

By August 1984, other similarly ambitious concepts were reported, including a Nasa proposal which included “a manned moon base, extraction of oxygen from moon rocks for rocket fuel and mining of asteroids – all by the year 2010.”

Another story from two years later from United Press International reported on the predictions of Nasa astronomer Robert Nelson who said that in the following century” astronauts will be able to land spacecraft on the asteroids, mine raw materials and take them back to space stations, which will be maintained as independent communities in space.”

Many of these ideas came from large, government-backed organisations, like Nasa. However, in the late 1970s a remarkably prescient piece by the Associated Press described how the future of asteroid mining was private. It cites the views of John Kraus, director of the Ohio State-Ohio Wesleyan radio observatory.

"Just wait until it's demonstrated that you can use solar power to mine an asteroid for profit," he said. "Then everyone will want to be in on it."

He says that until that point, space exploration had largely been the domain of major governments “because of its exorbitant cost”. But he envisaged that the 21st Century would see “private enterprise moving into space to establish mining programs”.

"You won't be able to keep them out once you turn a profit in space," he is quoted as saying.

It is a view reemphasised in the decades that follow. The 1981 Globe and Mail article that outlined the “mass driver” suggest government budgets would not be able to foot the bill for such expensive operations. “Fortunately, space industrialisation has the possibility of being highly profitable for those companies willing to accept the risk of venturing into the unknown,” it says. “Free enterprise could provide the financial energy necessary for tapping into the boundless energy resources of the solar system.”

It ends with a quote from Gerard O'Neill, a physics professor at Princeton University and then president of the Space Studies Institute. "This whole business is much too important to be left to the federal Government," he says.

We will soon know whether he will be proven right. 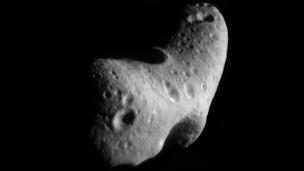 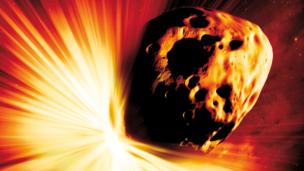 A laser fix for asteroid threats? 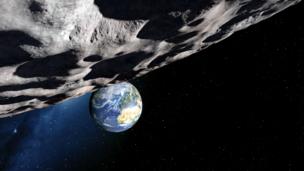 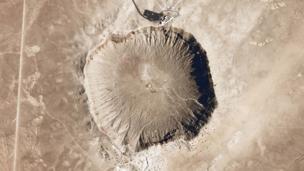 How to defend us from asteroids