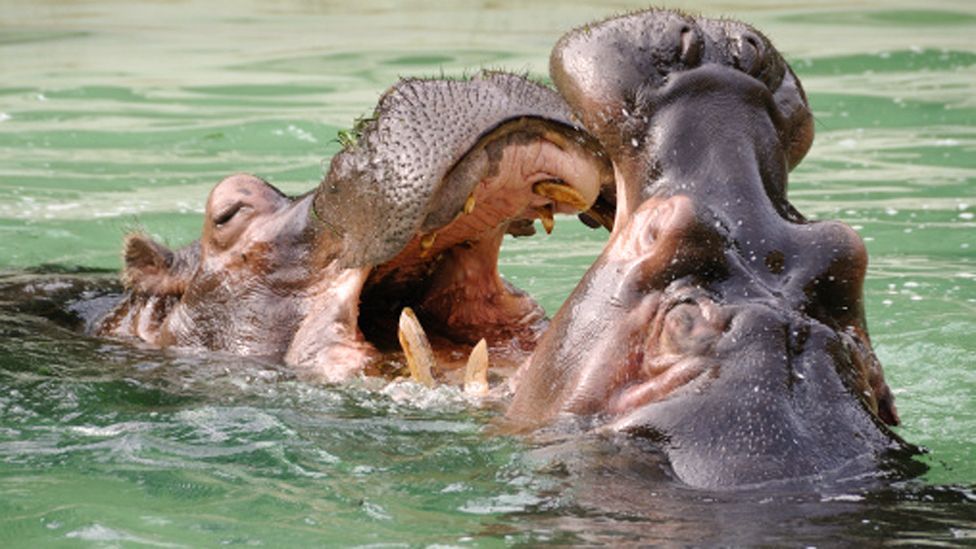 By Jason G Goldman 22nd February 2013
Humans may look down upon certain sexual interests as odd or gross, though chances are that animals indulge in a spot of similar behaviour too.
R

Romantic relationships are complicated, and so is sex. Relationships can be fraught with the potential for miscommunication or misunderstanding at the best of times, so imagine how troublesome it is to admit, out loud, to your partner, that you've got a sexual interest or fantasy that sits far outside the cultural norms.

But here’s a secret. For just about any fantasy between consenting adults that might be thought of as beyond conventional sexual practices or decency as dictated by society, you can bet that there's a non-human species for whom that particular behaviour is commonplace. Sure, there are plenty of examples of creative role-playing, food in the bedroom, or unusual places to do the deed, but even when you push the boundaries much further the chances are you’ll find it happening in the animal world.

Take giraffes, for instance. Males, called bulls, make casual visits to various groups over time in search of a cow who might mate with him. In order to select the mating partner the bull literally finds the one that best suits his taste – by sampling their urine. Females co-operate in this "urine-testing" ritual, according to researchers David M. Pratt and Virginia H. Anderson. “When the bull nuzzles her rump, she must produce a stream of urine if he is to catch some in his mouth and savour it," they write. If a cow is particularly attracted to a visiting bull, she may simply decide to urinate as he walks past her, no prodding required. Urolagnia, or "golden showers" as it is more commonly known, is not a human invention, it seems.

While giraffes' social decisions are ruled by urine, hippos appear to rely on dung. The function and purpose of dung-showering is still only partially understood, according to biologist Richard Despard Estes. What’s clear is that dominant males defecate in order to mark the boundaries of their territories. University of Alberta scientists EL Karstad and RJ Hudson describe one dominant male backing up to the riverbank and "copiously defecating, scattering dung up to 2 metres in radius by flapping its tail vigorously." But there's more to hippo dung than simple territory demarcation. When territorial males approach females they respond in a manner known as "submissive defecation". In this impressive display, the female turns around, lowering her head while raising her rear, then slowly wags her tail while defecating. In situations like this, dung-showering is thought to serve as a sign of submission.

Sexual fantasies aren't limited to urine and faeces, of course. Some people prefer their sexual encounters a little more on the rough side, but this is nothing compared with the blacktip reef shark (Carcharhinus melanopterus) found in the tropical and subtropical waters of the Indian and Pacific oceans. For them, sex has an added bite.

Stanford biologist Douglas J McCauley and colleagues carefully described the mating habits of this toothy species in 2010. After being followed through the water at close distance by a group of males, a female was bitten on her tail by the lead male. While the tail bite slowed her down, she managed to briefly free herself before being bitten again, by the same male, on her body near her right pectoral fin. Having got hold of her, he guided her head into the sandy seafloor long enough to insert one of his two claspers into her cloaca, resulting in a sixty-eight second copulation. Shark scientist David Shiffman pointed out recently that biting may be a necessary consequence of mating in a three-dimensional – and slippery – environment. "It ensures that the male remains close enough to the female to copulate." Female sharks of many species may have evolved thicker, tougher skin than males for this very reason.

Group sex appears to be another evolutionary strategy. Every spring in southern Manitoba, tens of thousands of red-sided garter snakes (Thamnophis sirtalis parietalis) emerge from their underground hibernation dens and end up writhing in large “mating balls”. When a female garter snake emerges, she releases a pheromone that attracts hundreds of male snakes towards her. As if that isn't enough, scientists discovered that some male snakes “cross dress”; they release female-like pheromones to attract other males. One common assumption has been that pheromone-releasing males gain a reproductive advantage by diverting fellow male snakes attention from the female. But Australian and US researchers think this solves a more mundane purpose – male snakes pose as females to warm up quicker and to reduce their exposure to predators.

The mourning cuttlefish (Sepia plangon) takes its cross dressing even further. This cephalopod, found in the waters off the eastern coast of Australia, controls the appearance of its skin with exquisite precision. When a male cuttlefish attempts to seduce a nearby female, he offers her a courtship display by controlling the arrangement of pigments that appear on the surface of his skin. If a rival male approaches, he changes his skin on the side facing the rival to appear female. The female still sees the courtship display, the intruder, however, thinks there are two females – leaving the original male to complete his reproductive business in peace.

Our societies may look down upon certain sexual interests as odd, weird, gross, or just plain silly. But as with friendships, play, and even teenage kicks, investigating other species helps us to hold a magnifying glass of sorts – albeit one with a bit of distortion – up to our own behaviours. And if we squint real hard and tilt our heads to the side we might be able to catch a glimpse of the common threads connecting us with our non-human cousins. Even if it offends or challenges our norms.

The Real Risk
1Sex: What are the chances?
Medical Myths
2Debunking myths of the baby bump
Medical Myths
3Are bald men more virile?
Uniquely Human
4Animals that seek teenage kicks
Around the BBC