Loading
Will We Ever? | Space
Will we ever... detect gravitational waves directly?
Share using EmailShare on TwitterShare on FacebookShare on Linkedin 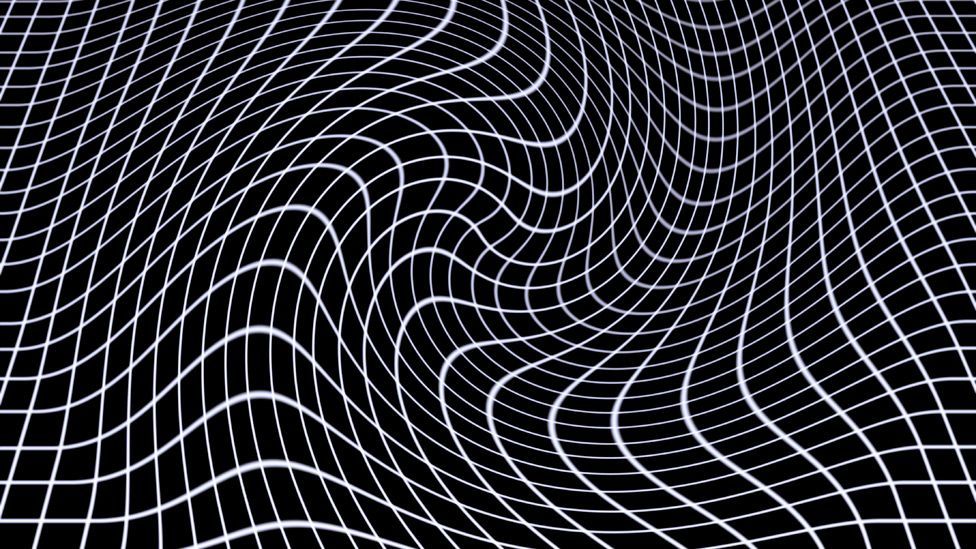 By Matthew Francis 22nd March 2013
According to Einstein, we should expect to find this radiation everywhere in space. So, why is it still one of astronomy’s most elusive targets?
G

Gravity affects the shape of space and time. Paths of light and massive bodies curve under its influence. When something churns space-time with enough energy – say a supernova explosion or two black holes in orbit around each other – the distortion spreads out in ripples, like a rock dropped in a pond. Those ripples are called gravitational waves. These are very weak but, if the accelerating object has enough mass, it should be possible to spot them.

At least, that’s what we suspect. Gravitational waves were predicted by Einstein's general theory of relativity in 1916, and we’ve been trying to detect them ever since.

While we've never measured these waves directly, we have lots of indirect evidence. In 1974, student Russell Hulse and his supervisor Joseph Taylor calculated that a pair of burnt-out stars spiralling towards one another were radiating gravitational waves at exactly the rate predicted by Einstein. This earned both researchers a Nobel prize around twenty years later.

Any object in orbit around another will emit gravitational radiation, but in most cases this won't be a lot. Gravitational waves ripple out from Earth as it orbits the Sun, but the amount of energy it loses over a period of billions of years is too negligible to be measurable. However, denser objects in the Universe – remnants of stars like black holes, white dwarfs, or the pulsars that Hulse and Taylor spotted – can have much stronger gravity and much smaller orbits, and therefore the energy loss can be very large.

In fact, any sufficiently non-symmetrical body can make gravitational waves. A spinning smooth sphere (or even a squashed sphere, as long as it's symmetrical) won't make them, but a lumpy sphere will. If a pulsar has even a tiny mountain – distinctly possible if it is in a binary system – then the rapid rotation would noticeably produce gravitational radiation. Certain supernova explosions from extremely massive stars are also non-spherical, and would generate gravitational waves. In other words, we expect this radiation to be everywhere. So, why have we not detected it?

A major part of the problem is that gravity is weak: even the strongest gravitational wave will only nudge an atom by a tiny amount. Additionally, the wavelength of gravitational radiation – the distance over which a wave repeats itself – is often similar to the size of the objects emitting it. So, while radio waves from pulsars may have wavelengths measured in centimetres, the gravitational radiation emitted could have wavelengths measured in kilometres. Which means that you most likely need detectors of a similar size to detect them.

Last year, I visited the most sensitive detector on the planet: the Laser Interferometer Gravitational-wave Observatory (Ligo). This instrument consists of two detectors, each L-shaped with arms 4 kilometres (2.8 miles) long. Powerful lasers shine down each arm, and inside each branch is a set of mirrors arranged so that when the light is reflected back, the peaks of one wave are in step with the troughs of the other, cancelling each other out (hence the name “interferometer”). As researchers Amber Stuver and Gaby Gonzalez pointed out to me, when a gravitational wave passes through the detectors, it changes the length of the arms by an amount smaller than the width of an atomic nucleus, but the detector is sufficiently sensitive to measure just such a change.

But other things can slightly change the length of the arms, for instance, an earthquake or even a big truck sending vibrations through the ground. For that reason, a lot of the staff consists of engineers, including Celine Ramet, who showed me the equipment to keep things as still as possible. For Ligo, the problem is partly solved by having two detectors in the United States: one in Louisiana, the other in Washington, so they are separated by 3,000 kilometres (1,860 miles). The chances of a false positive signal in both detectors is much smaller; coordination with the similar detectors Virgo (in Italy), Clio (in Japan), and other observatories reduces the probability even more. So far, no waves have been detected in Ligo’s six years of operation, but astronomers say that a event is only expected to occur every 10 to 50 years within the region of space mapped by the detector. A new generation of detectors, called Advanced Ligo and Advanced Virgo, will be 10 times more sensitive, and scientists hope that they can detect something within a year of being operational in around 2015.

The practical size limit on Ligo and other Earth-bound detectors means they are best suited for the end stages of binaries or supernova explosions. White dwarf binaries or paired black holes at the centres of galaxies would produce gravitational waves measured in millions of kilometres, impossibly large for detectors built on Earth. Building a significantly larger antenna on Earth simply won't work, 4 kilometres is long enough that the arms of Ligo stick out of the ground due to Earth's curvature, and going underground carries its own expenses and risks (though that's the route the Clio detector takes). If you want to go bigger, you have to go into space.

At this point, gravitational-wave researchers begin to swear and put their fingers in their ears. The reason is that a long-planned project called Lisa (Laser Interferometer Space Antenna), a joint effort between Nasa and Esa, has experienced many delays that were exacerbated when Nasa backed out entirely. The updated version, known as the Next Gravitational-wave Observatory (NGO), is a simplified design, but its launch date is currently unknown.

NGO is based on the same principles as Ligo. The role of the arms is played by three spacecraft flying in a fixed V-formation, separated by 2 million kilometres (1.25 million miles), over 150 times the diameter of the Earth. Mirrors inside the spacecraft move when gravitational waves pass. Isolation from noise found on Earth, as well as the much larger arm length, make NGO far more sensitive – and able to detect stable binaries.

If NGO is completed and flies before I'm aged and grey, it will be our best chance to prove Einstein right, and possibly even find objects we haven't predicted. Historically, every new way of seeing in astronomy has revealed something new to be seen, so it wouldn't be surprising if gravitational-wave astronomy also has a few surprises in store.

Meanwhile, Earth-bound detectors are not guaranteed to ever observe gravitational waves, though I personally do not side with the cynics on that issue. Even if the vastly increased sensitivity from Advanced Ligo, the updated Virgo, and other projects worldwide are insufficient to do the trick, one lesson of history is that we should not underestimate human ingenuity to create new methods. If we collectively support space-based gravitational-wave observatories – which should be international for practical reasons, if nothing else – researchers will be spoiled for signals. Then, the question of “Will we ever detect gravitational waves?” may best be rephrased as “When will we detect gravitational waves?”

Under the Radar
1Written in the stars
Space Station
2Worth the weight?
Will We Ever?
3Will we understand dark matter?
In Depth
4Seven steps to another giant leap
Around the BBC