Loading
Life:Connected | Money
Bitcoin and the illusion of money
Share using EmailShare on TwitterShare on FacebookShare on Linkedin 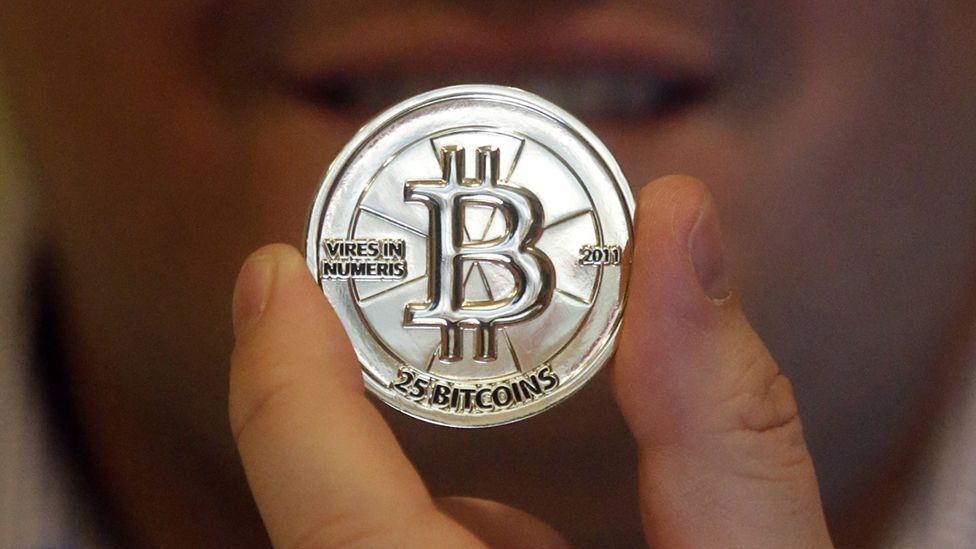 By Tom Chatfield 18th November 2014
The world’s “first decentralised digital currency” promises financial salvation, but what is it and can it really deliver?
D

Dubai. Greece. Spain. Portugal. Italy. Cyprus. Ireland. The list of countries needing financial bailouts seems to go on and on. And that’s before you include those banks in the US, the UK and beyond that were “too big to fail”.

As well as revealing the fragility of the global economy, the current crisis has also raised some existential questions about the nature of money.

Can any government really promise to protect the value of its currency and be taken at its word? And how – other than by hiding gold bars under their mattresses – can the residents of a country in crisis hope to safeguard their wealth? As a controversial economist once noted, there are times when all that seemed solid can melt into air.

One recent and much-publicised answer to this last question is a form of money that comes pre-dissolved into the ether: Bitcoins. The world’s “first decentralised digital currency” hit the headlines this week, but has been lurking at the edges of global attention for considerably longer.

Born at the start of 2009 in the aftermath of the global financial crisis – courtesy of a mysterious and possibly non-existent Japanese programmer calling himself Satoshi Nakamoto – Bitcoins are a mathematical concoction, combining the attributes of a scarce commodity, like gold, with the frictionless trading of an electronic currency. They achieve this through the ingenious combination of three factors: “mining”, peer-to-peer networking and cryptography.

The first of these is one of the central reasons for their appeal. Despite being wholly electronic, every Bitcoin in existence has been “mined” by someone running Nakamoto’s software, which regulates the global supply of Bitcoins by forcing computers to crunch increasingly difficult equations in order to generate each coin. Coins emerge at a pre-determined rate: as more people use the software, it gets harder and harder to create them, with the global supply decelerating geometrically towards a predetermined limit. At the time of writing, there were a total of 11,023,350 Bitcoins in the world (one of the joys of an open digital currency is the ease of accessing statistics), and there will never be more than 21 million.

Like everything else about Bitcoins, these factors are hard-coded into its software – and it’s the peer-to-peer element of this software that makes the system so compelling. Almost every modern currency is guaranteed by the “fiat” of government regulation or laws. That is, their worth is based on faith in a central authority – and is undermined when faith declines in that authority.

Bitcoins have no central authority and no such promise, and rely on no intermediaries or banks to hold or to transfer money. Instead, each user operates an “electronic wallet” that embodies their money in a highly secure electronic form, and allows them to exchange Bitcoins directly with any other user on the network. Every transaction is automatically confirmed by the software of every other user, and cannot take place if it fails to match the network’s standards: each transaction is “stamped” with the unique time of its occurrence to prevent double spending, while the cryptographic standards in place ensure the network confirms the validity of every action taking place.

There is, in other words, no need ever to trust any central database or authority. It’s a narrative perfectly matched to troubled economic times, and one reason for the staggering increase in the recent value of Bitcoins. Buying a single Bitcon on 9 April 2013 – through any one of the growing number of online exchanges – would have cost you almost $200, more than fifteen times its $9 value in January. As author Paul Ford wrote in Businessweek: “There’s nothing to trust but math... [and] that’s where Bitcoin thrives: where people would prefer to throw in their lot with anonymous strangers instead of the world economy.”

The recent surge of media-driven interest in Bitcoin has, however, shown every sign of becoming a speculative bubble. Come 10 April, the exchange value of Bitcoins plummeted by 60% from a brief high of $265 to around $150. These are numbers that belong more to a volatile commodity than to a currency, and that emphasise an uncomfortable paradox noted by Reuters finance blogger Felix Salmon at the start of April: “The commodity value of bitcoins is rooted in their currency value, but the more of a commodity they become, the less useful they are as a currency.”

As a currency, then, failure is already in the air. Yet this does not mean that the Bitcoin effect can be ignored, not least because it can be divided into two halves. On the one hand, there’s the computerised mining of a commodity strictly limited to a certain number of units. On the other hand, there is a genuinely trans-national medium for payment that is free of almost all the friction of a traditional financial system – and that brings with it a promise of security more transparent and verifiable than any bank or government can match.

Bitcoin’s software is entirely open source, and this means that its security algorithms have been subjected to just about the most rigorous testing and attempted cracking the world’s geeks can come up with. The consensus is: they’re extremely secure. Moreover, should the cryptography at some future point be found wanting, its flaws will almost certainly be identified and updated far faster than with any private system (a major software issue in March was resolved within six hours).

Interestingly, your Bitcoin wealth becomes most vulnerable the moment “real” currency gets involved. The central software may be secure, but online exchanges have been hacked – or closed up shop completely – at an alarming rate. Similarly, users’ computers can themselves be unsafe places to leave open digital wallets containing hundreds of thousands of dollars worth of virtual assets.

What’s needed is a way of taking advantage of the system’s astonishing openness and transactional security while evading its incentives towards illegality: something that opportunistic start-ups like OpenCoin are trying to tap into, under the tagline “committed to a simple, global and open currency system”.

It may sound outrageously ambitious, but it isn’t the first time we’ve seen the birth of a new monetary concept. During the Industrial Revolution, banks eager to fund booming trade and industry began issuing their own private currencies, a system whose booms and busts led to many of the centralised regulations we enjoy (or not) today.

Some economists, certainly, would welcome further disruption. Writing in 1976, Fredrich Hayek argued in The Denationalization of Money for the removal of the legal obstacles preventing people from using any kind of money they wanted, thus creating a kind of global battle between different rival systems.

“We have always had bad money,” Hayek argued “because private enterprise was not permitted to give us a better one.” No government has yet has acted on Hayek’s faith in the power of the open market. The world, though, may already have embarked on just such an experiment.  Betting against Bitcoins is one thing. But the change they represent packs quite a punch – and, with conventional finance on the ropes, it’s still anybody’s fight.