Loading
Will We Ever? | Brain
Will we ever… understand why music makes us feel good?
Share using EmailShare on TwitterShare on FacebookShare on LinkedinShare on Whatsapp 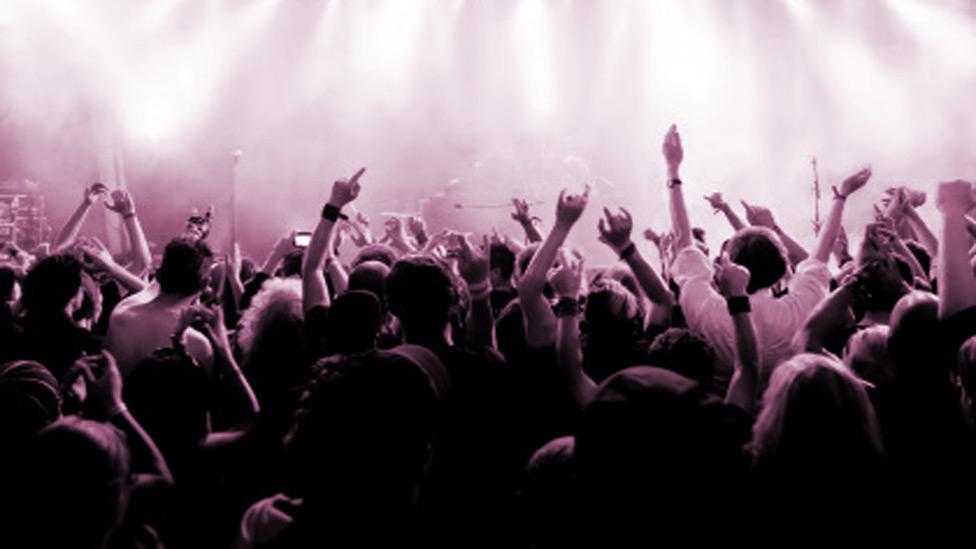 By Philip Ball 19th April 2013
No one knows why music has such a potent effect on our emotions. But thanks to some recent studies we have a few intriguing clues.
W

Why do we like music? Like most good questions, this one works on many levels. We have answers on some levels, but not all.

We like music because it makes us feel good. Why does it make us feel good? In 2001, neuroscientists Anne Blood and Robert Zatorre at McGill University in Montreal provided an answer. Using magnetic resonance imaging they showed that people listening to pleasurable music had activated brain regions called the limbic and paralimbic areas, which are connected to euphoric reward responses, like those we experience from sex, good food and addictive drugs. Those rewards come from a gush of a neurotransmitter called dopamine. As DJ Lee Haslam told us, music is the drug.

But why? It’s easy enough to understand why sex and food are rewarded with a dopamine rush: this makes us want more, and so contributes to our survival and propagation. (Some drugs subvert that survival instinct by stimulating dopamine release on false pretences.) But why would a sequence of sounds with no obvious survival value do the same thing?

The truth is no one knows. However, we now have many clues to why music provokes intense emotions. The current favourite theory among scientists who study the cognition of music – how we process it mentally – dates back to 1956, when the philosopher and composer Leonard Meyer suggested that emotion in music is all about what we expect, and whether or not we get it. Meyer drew on earlier psychological theories of emotion, which proposed that it arises when we’re unable to satisfy some desire. That, as you might imagine, creates frustration or anger – but if we then find what we’re looking for, be it love or a cigarette, the payoff is all the sweeter.

This, Meyer argued, is what music does too. It sets up sonic patterns and regularities that tempt us to make unconscious predictions about what’s coming next. If we’re right, the brain gives itself a little reward – as we’d now see it, a surge of dopamine. The constant dance between expectation and outcome thus enlivens the brain with a pleasurable play of emotions.

Why should we care, though, whether our musical expectations are right or not? It’s not as if our life depended on them. Ah, says musicologist David Huron of Ohio State University, but perhaps once it did. Making predictions about our environment – interpreting what we see and hear, say, on the basis of only partial information – could once have been essential to our survival, and indeed still often is, for example when crossing the road. And involving the emotions in these anticipations could have been a smart idea. On the African savannah, our ancestors did not have the luxury of mulling over whether that screech was made by a harmless monkey or a predatory lion. By bypassing the “logical brain” and taking a shortcut to the primitive limbic circuits that control our emotions, the mental processing of sound could prompt a rush of adrenalin – a gut reaction – that prepares us to get out of there anyway.

We all know that music has this direct line to the emotions: who hasn’t been embarrassed by the tears that well up as the strings swell in a sentimental film, even while the logical brain protests that this is just cynical manipulation? We can’t turn off this anticipatory instinct, nor its link to the emotions – even when we know that there’s nothing life-threatening in a Mozart sonata. “Nature’s tendency to overreact provides a golden opportunity for musicians”, says Huron. “Composers can fashion passages that manage to provoke remarkably strong emotions using the most innocuous stimuli imaginable.”

The idea that musical emotion arises from little violations and manipulations of our expectations seems the most promising candidate theory, but it is very hard to test. One reason for this is that music simply offers so much opportunity for creating and violating expectations that it’s not clear what we should measure and compare. We expect rising melodies to continue to rise – but perhaps not indefinitely, as they never do. We expect pleasing harmonies rather than jarring dissonance – but what sounds pleasing today may have seemed dissonant two hundred years ago. We expect rhythms to be regular, but are surprised if the jumpy syncopation of rock’n’roll suddenly switches to four-square oompah time. Expectation is a complicated, ever-changing interplay of how the piece we’re hearing has gone so far, how it compares with similar pieces and styles, and how it compares with all we’ve ever heard.

So, one corollary of Meyer’s theory is that emotion in music will be primarily culturally specific. In order to have any expectations about where the music will go in the first place, you need to know the rules – to appreciate what is normal. This varies from one culture to another. Western Europeans think simple rhythms like waltz time are “natural”, but Eastern Europeans dance happily to metres that sound extraordinarily complicated to others. All of us develop a strong, subconscious sense of which notes sound “right”, whether in sequence in a melody, or sounding together in harmonies. But because different cultures use different scales and tunings – the scales of India and Indonesia, for example, don’t respect the tunings of a piano – there is nothing universal about these expectations. A jolly piece of Indonesian music may be interpreted as “sad” by Westerners simply because it sounds close to being in the traditionally “sad” minor scale.

This picture also implies that music isn’t just about good vibrations – it can provoke other feelings too, such as anxiety, boredom and even anger. Composers and performers walk a delicate tightrope, needing to tweak expectations to just the right degree. Not enough, and the music is dully predictable, as nursery tunes seem to adults. Too much, and we can’t develop any expectations at all – which is why many people struggle with modernist atonal music.

All this can rationalise a great deal about why we feel emotions from particular musical phrases and performances. Meyer’s ideas have received further support very recently from a brain-scanning study by Zatorre and colleagues, which showed that the rewards stimulated by music heard for the first time are particularly dependent on communication between “emotion” and “logic” circuits in the brain.

But it’s not the whole story. Our emotional response to music may be conditioned by so many other factors too – if we are hearing it alone or in a crowd, for example, or if we associate a particular piece with a past experience, good or bad (dubbed the “Darling they’re playing our tune” theory).

Underneath all these ideas is the fact that we’re not even sure what kind of emotion we’re talking about. We can recognise sad music without feeling sad. And even if we do feel sad, it’s not like the sadness of bereavement – it can be enjoyable even if it provokes tears. Some music, like some of Bach’s, can create intense emotion even though we can’t quite put into words what the emotion is. So we’ll surely never understand why music stimulates emotions at least until we have a better picture of what our emotional world is really like.

Under the Radar
1Wrong notes?
Medical Myths
2Can Mozart boost brainpower?
Uniquely Human
3Lords of the dance
Life:Connected
4The cult of web video
Around the BBC