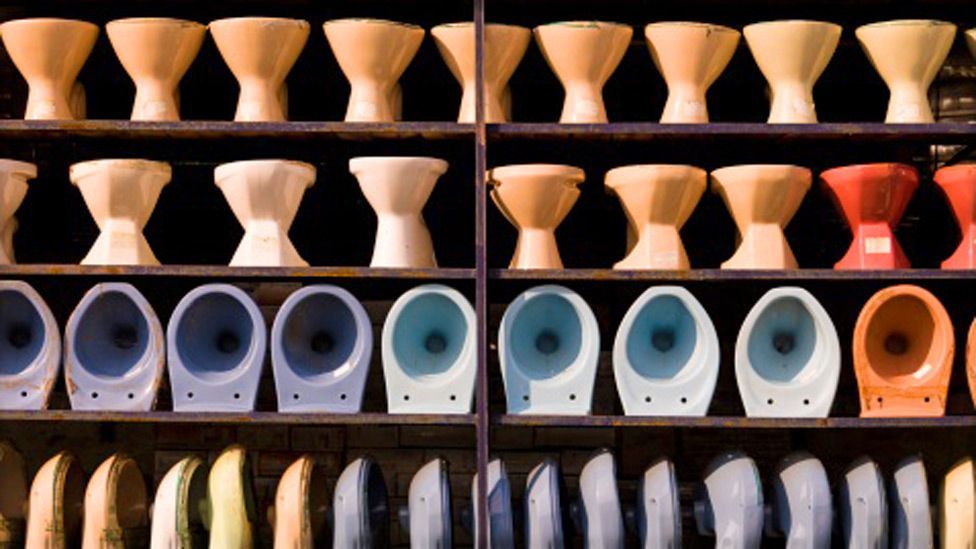 By Jonathan Kalan 18th November 2014
Phone apps have become an unlikely tool in the effort to improve access to toilets and fresh water around the world.
S

Some technologies seem to take off instantly whilst others – no less useful - seem to just limp along.

Take mobile phones and toilets – two arguably useful and life-changing technologies. In just over forty years, around six billion people have managed to get access to a phone. Yet less than half that number has access to sanitation, despite the fact that toilets were invented at least 5,000 years ago. And, according to Ms Jaehyang So, water and sanitation manager at the World Bank, the number of new people with access to sanitation “is not moving very fast.”

That’s a problem. A lack of facilities, poor infrastructure, leaking sewage and the rapid spread of associated diseases cause billions of dollars in economic losses, and the lives of nearly 4,000 children each day. And, as the world’s population swells, things only seem to be getting worse.

Now, the World Bank has stepped in and it believes the key to tackling the problem is tapping into mobile phones. “What a mobile phone represents to a person today is a potential for prosperity. It connects them to the rest of the world,” says Ms So.  “What people sometimes don’t understand is that access to sanitation also gives people that chance out of poverty.”

The bank has just announced the winners of its Sanitation Hackathon (SanHack), a competition to build phone apps that can help improve sanitation in the developing world.

“It was one of the most innovative and risky things we’ve done at the World Bank”, says Ms So, describing the experimental competition that aimed to bring fresh thinking to an age old problem.

“We were a bit worried the challenge wouldn’t be very sexy, or data rich,” claims Edward Anderson, also at the bank. “Developers usually get excited about building apps for things like climate change, but not so much about fixing pit latrines in rural areas.”

The response, however, was quite the opposite. The competition attracted more than 180 apps, including everything from games to teach children about good hygiene to programs that track exactly how much a household spends on sanitation.

Yet, most of the submitted apps focused on crowd-sourcing information and mapping it - and for good reason. “Mapping has been a huge game changer,” in sanitation, claims Ms So, allowing utilities and providers to know “who needs service, where the problems are, and where the community is growing.”

Due to the informal design and haphazard growth of slums, and remoteness of rural areas, very little formal mapping has actually been done.

“In these places, it’s less a case of building stuff on top of a map, and more building the map in the first place,” says Gary Gale, who runs community programs for mobile firm Nokia’s Here Maps. “The minute you have information on a map, it gives it a veracity that wasn’t there beforehand.”

When it comes to mapping, “mobile phones are the ultimate democratic tool,” says Gale, because they allow anyone to upload- and therefore help map- real-time information and problems. In theory, that allows governments and organisations to respond more quickly to complaints.

One example is mSchool, developed by Senegal-based firm Manobi and one of the World Bank’s SanHack winners. The system allows students, teachers and parents to send SMS alerts when pump, toilet or hand-washing system breakdowns down.

Each year, millions of dollars are spent by organizations building toilets, taps, and pumps in developing countries- often at schools. Yet within months, systems breakdown, and no one is available to repair them.

“There are no systems in place to monitor these efforts and ensure they are working,” says Daniel Annerose, founder of Manobi.

Reports to mSchool are sent via SMS and mapped in real-time on a dashboard for the Ministry of Education, local governments, and civil society organizations to see and respond to.

But, says Annerose, “it’s more than just mapping the problem.” The platform also helps connect local businesses to a waiting market. “If we can map it and present to the Ministry of Education, then we can also offer a solution by connecting the artisans  -plumbers, engineers, pit latrine emptiers, etc - to the schools.”

That means problems are fixed more quickly and efficiently. So far, the free and open source tool has been implemented in 2,400 schools across Senegal.

Yet the problems in sanitation clearly go far beyond just individual schools - they are community wide, and need the help of more than just teachers and students.

Since 2012, an Android app called mWater has allowed communities to test their own drinking water for contamination – a common problem associated with pit latrines and open sewers. The system combines low-cost ($3) water-testing kits and crowd-mapping software, allowing test results to be rapidly uploaded to an online map.

“Most of the problems we observe in water contamination come from sewage, because there isn’t adequate infrastructure for sewage,” he says. “So we wanted to find a way to track causes of water contamination, to help clean it up.”

This led to the organization’s newest app, mSewage - a SanHack finalist- which now crowd-sources – and maps - the location of open latrines and sewage outflows. The organization hopes this will allow them to identify areas that have the greatest risk of disease, valuable information for local governments and health workers.

Of course, collecting data via these apps is all well and good. Ensuring local governments, municipalities, and health workers, use the data is another thing.

“If no one wants to fix it, no one will”, states Mark Iliffe, co-founder of Taarifa, an open source web application for collecting information and building interactive maps, developed by programmers in Britain, Germany, the United States and Tanzania. Taarifa was also one of SanHack’s winners.

Like the other apps, Taarifa allows people to collect and share their own stories using various mediums such as SMS, the web, email or Twitter. But it takes the system one step further- integrating it into a management system for organizations.

“Taarifa is not just about reporting or visualizing,” says Gary Gale of Nokia. “They are about trying to make this a virtuous circle.”

When a report is submitted- for example, when a person reports a buildup of water or a broken public toilet   - it’s sent directly to the authority responsible for fixing that problem, whether a government ministry, municipality, or nonprofit. A dashboard then allows the administration to look at the report and “assign it” as a task to a person within the organization, creating a greater level of accountability.

Then, an SMS is sent back to the person who reported it, saying when it might be fixed.

The Ministry of Local Government in Uganda has already implemented Taarifa, and citizens have generated an astounding 17,000 reports.

It’s a great step, says Iliffe, but there’s still a long way to go.  “The technology is the easy bit,” he says. “The hard bit is the behavioral science. Two and a half billion people still defecate outside, and we won’t be able to solve that tomorrow.”

It’s easy for people to assume that mobile phones- given their mapping, gaming, and instant-feedback abilities- are a silver bullet for global development. But they come with their own challenges.

Not everyone who has a phone is fully literate, nor do they know where to find information and which information to trust. And, says Priya Jaisinghani, director of mobile solutions for USAID, there’s the issue of getting people to use these apps.

“There’s been sustained hype about mobile for development solutions for over a decade now”, she says, “but we haven’t seen as many scaled solutions as you would hope by now.”

Yet, she believes that the technology’s time is coming.

“The voice of the poor has been silent throughout history,” she says “ [Mobile phones] are still the most cost effective tool for getting information to and from citizens, empowering them to make choices. Just because these things aren’t working, doesn’t mean they can’t.”